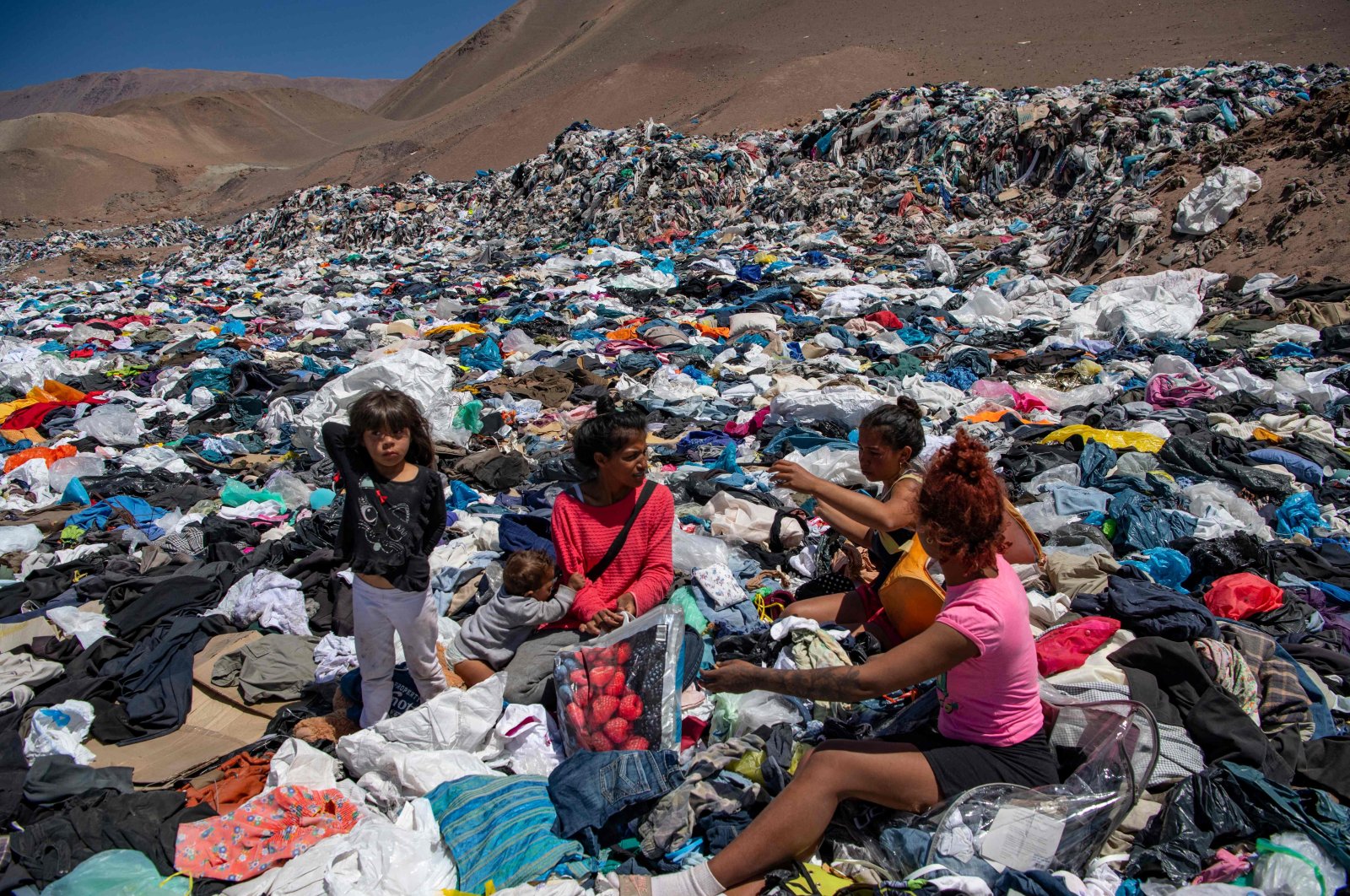 Fast fashion is one of the industries causing the biggest damage to the environment due to its no-limits-barred production.

A mountain of discarded clothing, including Christmas sweaters and ski boots, creates a strange sight in Chile's Atacama, the driest desert in the world, which is increasingly suffering from pollution created by fast fashion.

The social impact of rampant consumerism in the clothing industry – such as child labor in factories or derisory wages – is well-known, but the disastrous effect on the environment is less publicized.

Chile has long been a hub of secondhand and unsold clothing, made in China or Bangladesh and passing through Europe, Asia or the United States before arriving in Chile, where it is resold around Latin America.

Some 59,000 tons of clothing arrive each year at the Iquique port in the Alto Hospicio free zone in northern Chile.

Clothing merchants from the capital Santiago, 1,800 kilometers (1,100 miles) to the south, buy some, while much is smuggled out to other Latin American countries. But at least 39,000 tons that cannot be sold end up in rubbish dumps in the desert.

"This clothing arrives from all over the world," Alex Carreno, a former employee in the port's import area, told Agence France-Presse (AFP).

"What is not sold to Santiago nor sent to other countries stays in the free zone" as no one pays the necessary tariffs to take it away.

"The problem is that the clothing is not biodegradable and has chemical products, so it is not accepted in the municipal landfills," said Franklin Zepeda, the founder of EcoFibra, a company that makes insulation panels using discarded clothing.

"I wanted to stop being the problem and start being the solution," he told AFP about the firm he created in 2018.

According to a 2019 United Nations report, global clothing production doubled between 2000 and 2014, and the industry is "responsible for 20% of total water waste on a global level."

The same report said that clothing and footwear manufacturing contributes 8% of global greenhouse gases, and that "every second, an amount of textiles equivalent to a garbage truck is buried or burnt."

Whether the clothing piles are left out in the open or buried underground, they pollute the environment, releasing pollutants into the air or underground water channels.

Clothing, either synthetic or treated with chemicals, can take 200 years to biodegrade and is as toxic as discarded tires or plastics.

Not all the clothing goes to waste: Some of the poorest people from this region of 300,000 inhabitants pick through the dumps to find things they need or can sell in their local neighborhood.

Venezuelan migrants Sofia and Jenny, who crossed into Chile only a few days earlier on a 350-kilometer journey, search through a clothing pile as their babies crawl over it.

The women are looking for "things for the cold," given the desert's nighttime temperatures drop to levels unheard of in their tropical homeland.

Chile, the richest country in South America, is known for the voracious consumerism of its inhabitants.

Fast fashion advertising "has helped to convince us that clothing makes us more attractive, that it makes us stylish and even cures our anxiety," said Monica Zarini, who makes lampshades, notebooks, containers and bags from recycled clothing.

Things are changing, though, according to Rosario Hevia, who opened a store to recycle children's clothes before founding in 2019 Ecocitex, a company that creates yarn from pieces of discarded textiles and clothing in a poor state. The process uses neither water nor chemicals.

"For many years we consumed, and no one seemed to care that more and more textile waste was being generated," she said.

"But now, people are starting to question themselves."