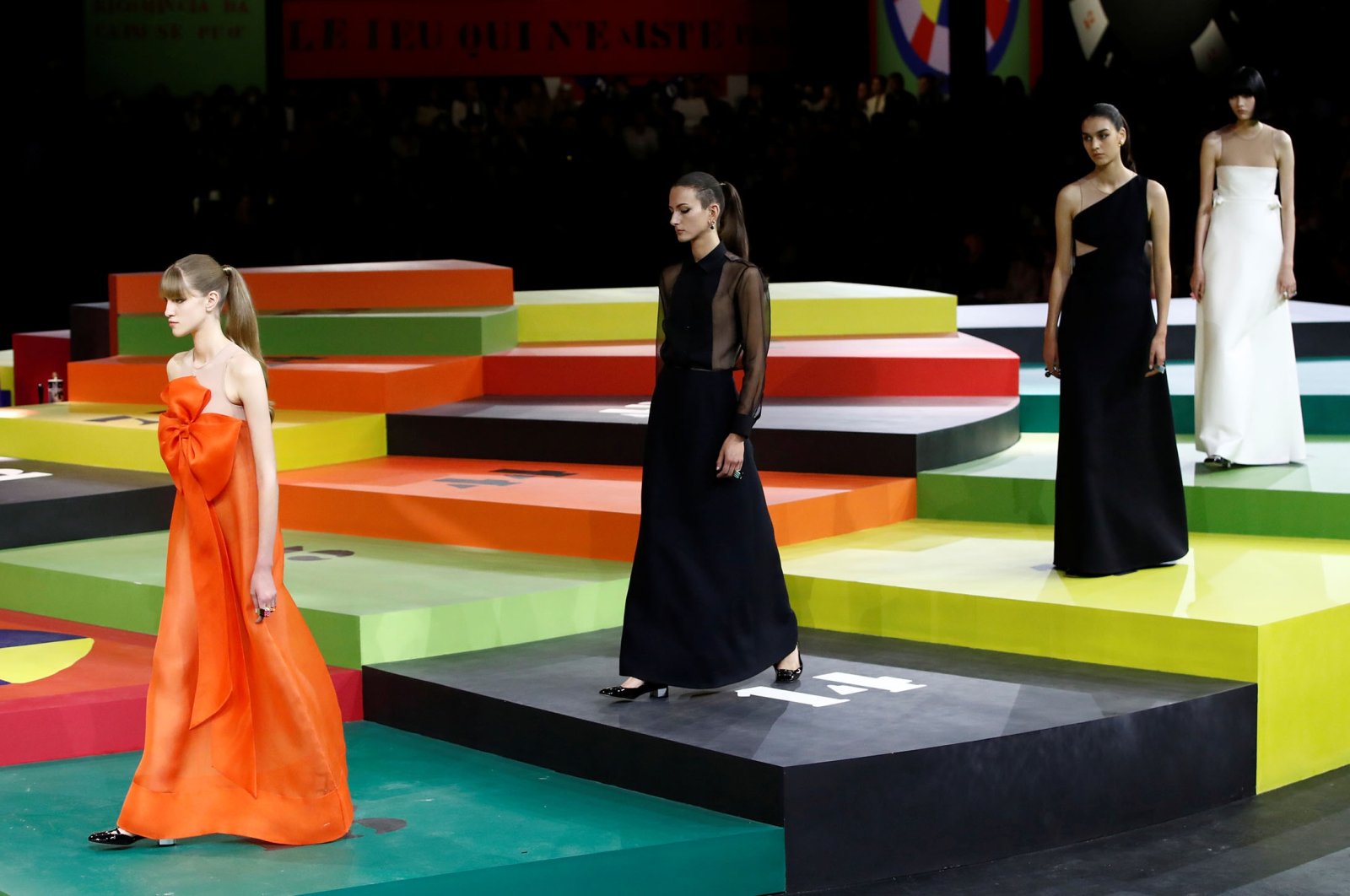 Paris Fashion Week is finally back to an in-person venue after taking a hiatus due to COVID-19, and Christian Dior, one France's oldest brands, made sure that its hometown show got off to a glitzy start, showcasing a sporty and vividly colorful collection channeling the vibe of 1960s and 1970s.

Guests showing health passes on their mobile phones had their temperatures checked and were waved in by guards at the marquee sited in the Tuileries Gardens where onlookers gathered to watch the stream of arrivals, which included K-pop star Jisoo.

Dozens of brands will show their collections to in-person audiences in the French capital through Oct. 5, capping a month that has seen the return of celebrity-packed fashion events and screaming fans to New York, London and Milan following months of pandemic disruptions.

"During the pandemic crisis, we did a lot of film video. I think it's not the same, I think it's completely different because fashion is something that you do on a stage," Maria Grazia Chiuri, womenswear designer for the LVMH-owned (LVMH.PA) label, said in an interview.

The designer drew on the house's collections under the creative leadership of Marc Bohan, who was known for modernizing styles by loosening silhouettes in the 1960s and 1970s. Chiuri swapped Dior's signature, cinched Bar jackets for short, boxy cuts, rounding the shoulders and pairing them with mini skirts and bermuda shorts. She wove in technical fabrics like scuba material, which added a sporty flair to the lineup of color-blocked looks matching tailored coats with dresses.

"I bring this reference in the silhouette, in the bold color and also it’s very graphic," said Chiuri.

The designer retooled go-go boots and low-heeled Mary Janes from the era, offering them in hot pink and bright orange, with laces and white, rubber soles.

Patterns included neon leopard prints and pastel camouflages as well as animal images that were blown up and applied with embroidery techniques. Logos were stamped on the backs of silky boxing uniforms in emerald green and electric blue.

Models in bouncing pony-tails circled round a runway set resembling a board game, decorated with artwork from Rome-based artist Anna Paparatti that broadcast messages infused with irony, like "The game of nonsense."

"The essence of fashion is also a game, people use clothes to perform in, to describe themselves, to be fun," said Chiuri.

"It is a strange new world. It feels different but it also feels encouraging that we’ve figured out a way to all be together and experience the world of fashion," said actor Rachel Brosnahan, who flew in from New York.