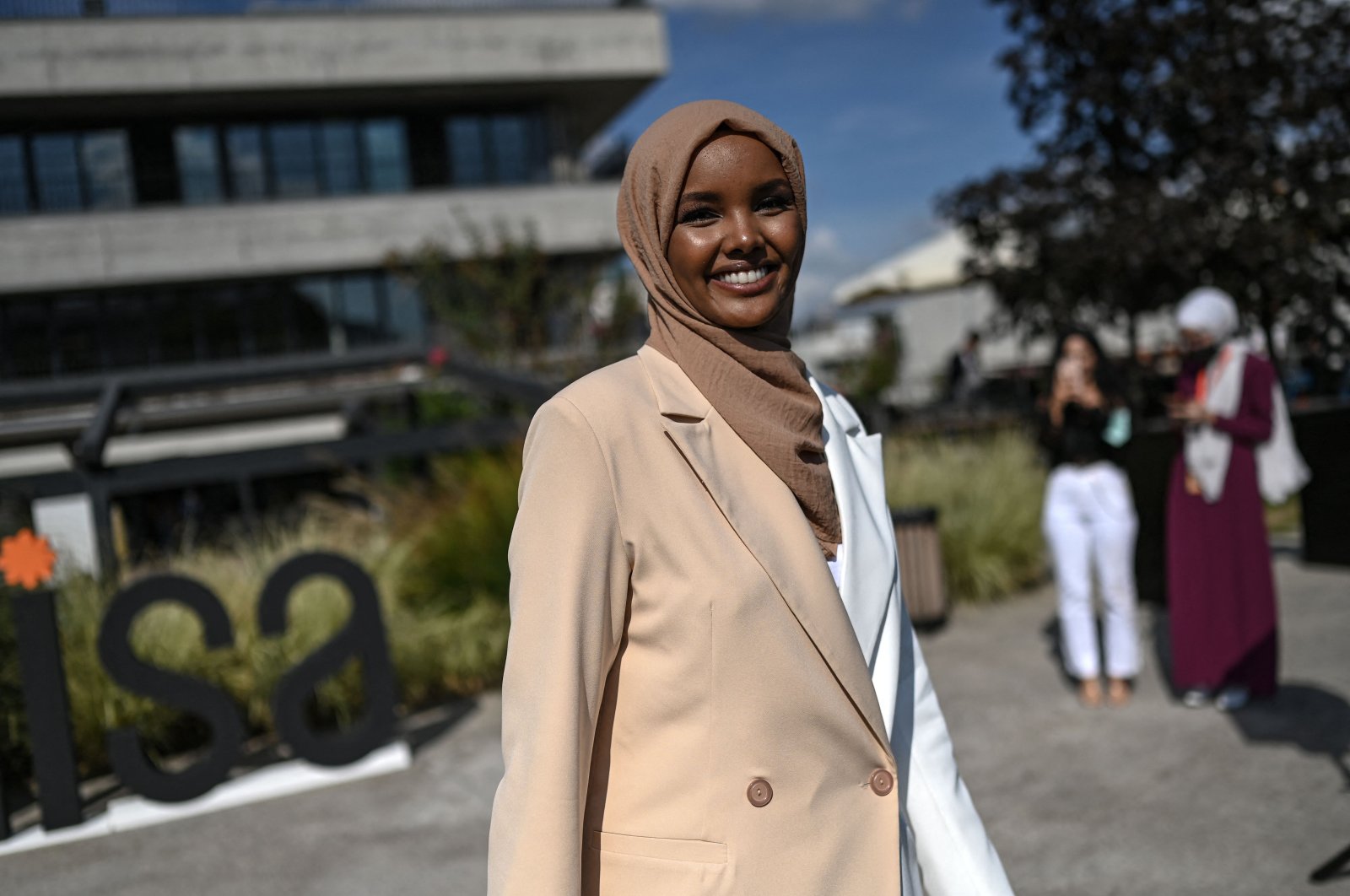 It has been nearly a year since modest fashion top model Halima Aden, who made history as the first supermodel to wear a hijab, left high fashion runways for good citing that the industry was forcing her to compromise her religion in an environment that lacked "basic human respect," and since has entered the world of modest fashion design instead.

For the Somali-American who was born in a refugee camp in Kenya, it was a matter of preserving her self-worth and well-being in a fast and loose sector that increasingly clashed with her Muslim values.

"Since I was a little girl, this quote – 'don't change yourself, change the game' – has gotten me through so much in life," she told Agence France-Presse (AFP) in an interview in Istanbul.

"When I took the decision to quit, that is exactly what I did," she said. "So I am very, very proud."

Aden's departure last November delivered a shock to fashionistas and Muslim influencers who have admired her trailblazing career.

Aden, who turns 24 on Sunday, broke ground in Minnesota, where she became the first contestant to wear a hijab and a burkini – a full-body swimsuit whose appearance has stirred controversy on some European beaches – in a U.S. state beauty pageant in 2016.

She posed in them again for Sports Illustrated's annual swimsuit issue when her fame was spreading in 2019.

"I was always given a box, a private place to change in, but many times I was the only one given the privacy," she said.

"I got to see my fellow young women having to undress and change in public, in front of media personalities, cooks and staff, designers and assistants," she recalled.

"To me, it was very jarring," she said. "I couldn't be in an industry where there is no basic human respect."

Aden sounded liberated when she announced her decision to abandon photoshoots and catwalks last year. She is becoming a designer instead.

"Wow this is actually the most RELIEF I felt since I started in 2016. Keeping that in was literal POISON!" she said on Instagram.

She felt her traditions, starkly different from those of most other supermodels, were caricatured and turned into a gimmick by some brands.

One, American Eagle, replaced a headscarf with a pair of jeans on her head in a 2017 campaign.

"But... this isn't even my style??" she protested on Instagram at the time.

"I got to a place where I couldn't recognise my hijab the way I would traditionally wear it," Aden told AFP.

Aden looked far more at ease in Istanbul, surrounded by Middle Eastern fashionistas while attending an event organized by Modanisa, her new home.

She will be designing collections exclusively for the Turkish online brand, which is one of the biggest names in the modest fashion industry, valued at $277 billion in 2019.

It already makes up more than a 10th of the $2.2 trillion global fashion industry, with plenty of room to grow, according to DinarStandard, an advisory firm specializing in emerging Muslim markets.

'Taste of the world'

World capitals as diverse as Moscow, Riyadh and London have staged modest fashion shows in the past few years.

The trend is particularly strong in Iran, Saudi Arabia and Turkey, where Aden rejoices at the melee of cultures on the streets.

"You get a taste of the world in Istanbul."

The industry has taken off in the past decade, thanks in part to the modeling careers of women such as Aden.

Soft-spoken but smiley, Aden sounds confident in modest fashion's ability to withstand crises like the coronavirus pandemic and changing fads.

Islam and fashion "are 100 percent compatible because there's nothing in our religion that says you can't be fashionable," she said.

Luxury brands such as DKNY and Dolce & Gabbana have already picked up on the trend, creating collections catered to modest women.

But Aden hit out at "a lot of tokenism, especially in the fashion industry, where they want our money but they don't want to support us in the issues that we are faced with."

"I think fashion needs to do a greater job," she said. "You are representing your clients who are Muslims, it is important to speak up when they are faced with injustices."