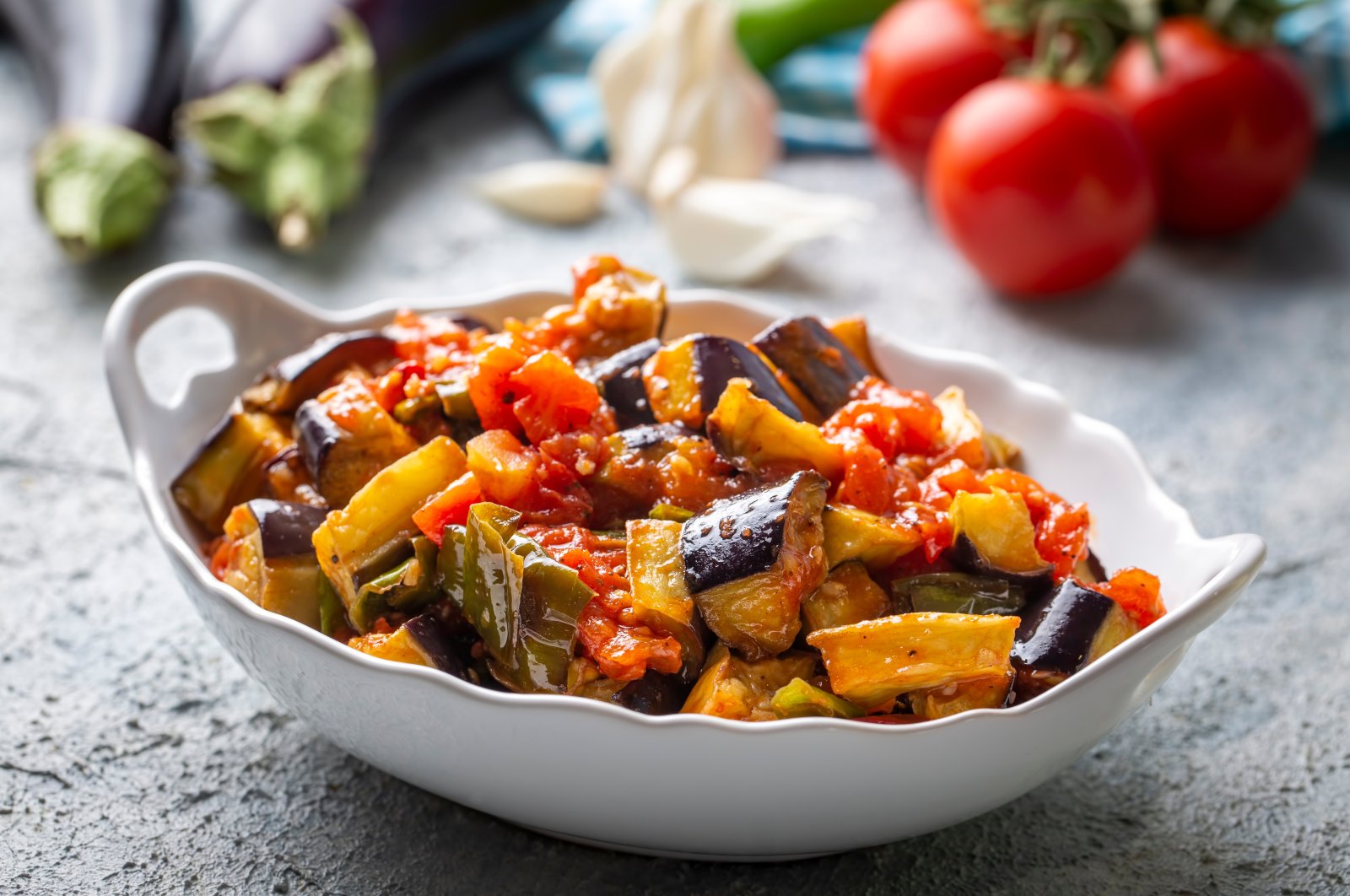 Vegetables can taste good! Venture beyond kebabs and check out some delicious vegetarian recipes from Turkish cuisine

When thinking of Turkish cuisine, most people directly think of kebabs and sizzling meats in many forms such as köfte or döner. While I do agree that Turkish cuisine loves its meat dishes, the variety it has to offer vegetarians and even vegans is equally as impressive. Oct. 1 was world vegetarian day and I want to, although belatedly, contribute to changing some people's meat-centric view of Turkish food.

This is not quite a dish to eat on its own, but it needs to be mentioned nonetheless. Şakşuka is an eggplant-based meze found not only in Turkey but also in the Middle Eastern region. Sometimes it is called “baba ghanoush” as well. Turkish recipes with eggplants alone could fill a book, as the Ottomans loved aubergines a lot and even had an almost proverbial 51 different ways to prepare them. Another eggplant recipe that needs to be mentioned is Imam bayıldı, which also has a neat little story attached to it.

Partially peel the eggplants lengthwise, leaving stripes of purple skin alternating with the white flesh, and cut them into more or less equally-sized cubes. Let these rest in salty water for about half an hour to draw out the bitterness and then dry them off. Fry them in vegetable oil until they achieve a golden brown color. Let the excess oil drip off onto paper towels. Cut the peppers, onions and garlic, the latter finely, and saute them with a bit of oil until they start to soften. Add the tomato paste and the seasoning. Cube the tomatoes and add them into the mix as well. Finally, add the water and let it all simmer together for a couple of minutes. Turn the heat off, add the eggplants to the mixture and serve.

If frying the eggplants sounds too heavy for your taste, you can grill them instead. However, it is better to grill them as larger chunks and then cut them down to size after as the eggplants get pretty soft.

Turks love their köfte, no denying that. I have even listed a few of the many kinds that are available in Turkish cuisine. But there are many vegetarian versions, such as lentil köfte, which uses red lentils. It is unique taste-wise and, of course, doesn’t resemble the meat version at all. But there is a version made with green lentils that comes pretty close to the meaty version.

First off, you'll want to boil the green lentils until they have softened and then strain them. Chop the onion and garlic finely and sauté them until soft and aromatic in the olive oil. Put all the ingredients into a bowl and knead them together. The addition of bread crumbs should be done gradually to make sure that the mixture will hold together but not be overly dry. More might be needed. Form into patties and fry in a lightly oiled pan.

If you want to you can run the mixture through a blender to make it extra smooth and make for an interesting texture.

This is another meze that I simply cannot pass up. I say meze, but I can sit down and just munch on this all day with a bit of bread, especially if it is fresh!

Cook the broad beans together with the roughly chopped onions, salt and sugar. About a liter of water should be enough for the cooking. Once softened, mash the beans and onions in a blender and chop the dill finely and then mix that in as well. Let the fava cool off in a fridge and then serve by sprinkling olive oil and lemon juice over it.

As the fava mix gets pretty solid when cooled people like to put the mix into nice shapes or molds.