Macarons vs macaroons: Their differences and how to make both 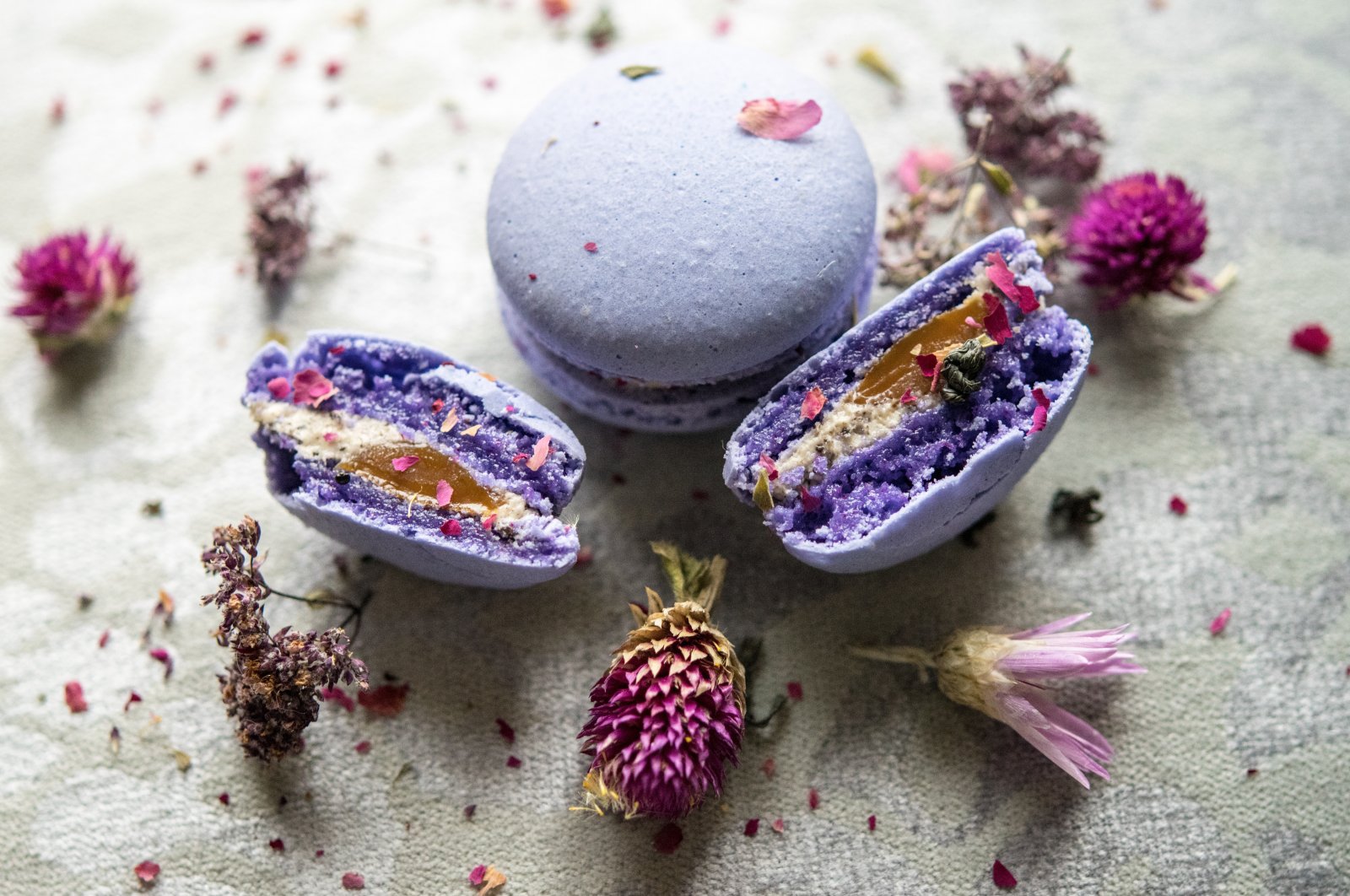 A macaron or French macaroon is a sweet meringue-based confection made with egg white, icing sugar, granulated sugar, almond meal and food coloring. (Shutterstock Photo)
by Ayla Coşkun
May 30, 2021 11:49 am

Ever wondered how to make those colorful cookies that are all over social media? Here are the perfect recipes for you

If you have scrolled through any kind of social media in the last decade you must have seen the colorful sandwich-like cookies lined daintily and shared for the world to drool over. Those French pastries have been described as macarons but as soon as you add another “o” to the mix you get a completely different pastry: the rustic coconut-based cookie, sometimes sprinkled with some chocolate.

I say they are different but these two originate from the very same recipe and a very old one at that. The macaron is probably coming from Italy when Arabs introduced almonds into their cuisine. The Jewish communities especially loved these unleavened cookies as they could be served on their holiday, Passover. As it is with many things that taste good, the cookies found their way to France between the 15th and 16th centuries. Some centuries later, namely in the 19th, coconut became much more available in Europe. Curious pastry chefs found out that you could indeed swap out the almonds with shredded coconut and you got yourself the macaroons of today. As for the fine almond cookies we associate with France, they were first made in the 20th century by high-end patisseries in and around Paris.

Not so different then?

Exactly. Both are made using egg whites and do not require any flour or rising agent. The only big difference is the almond meal and shredded coconut respectively. The coconut variety is quite easy to make and there are many different variations that I love to make occasionally. My family used to buy them around Christmas so it always feels like the holidays even in the middle of summer when I make them. As for the French kind ... to be perfectly honest I have tried many times and they never were quite as beautiful as the patisserie kind. Not to be discouraging by any means! I am just a perfectionist. They tasted amazing but didn’t have quite the look I was aiming for. Another difference is that the macarons are sandwiched together usually with a ganache, a mixture of heavy cream and chocolate, while the macaroons usually don’t even get a chocolate treatment – though I’d definitely recommend that you at least drizzle some over them.

So let’s get the easy one out of the way! I’ve been making them for years and it really depends on you how you like to shape them. I like it when they are a bit ruffled, making more cleanup necessary thanks to the piping tip but once they are out of the oven you have a crunchy-ish outer shell with a soft core which is to die for! The chocolate is of course optional but I like to usually dunk the lower bit in dark or semidark chocolate to balance out the sweetness a bit.

Get the egg whites into a clean bowl and start whipping them up. Once it starts to get foamy start adding the powdered sugar and gradually work that in. If you like to add vanilla do so now. Continue whipping until you have soft peaks. Do not overbeat it. If you are not sure if you are done just do the “turn upside down” trick. If it slides around you haven’t beaten it enough yet. Finally, fold in the coconut. Do not stir it in!

Pipe or form equally sized balls and bake these yummies until golden brown at 160 degrees Celsius (320 degrees Fahrenheit). Depending on your oven that can take an average of 30 minutes. Always keep an eye on the macaroons!

Once they have cooled off you can melt chocolate and can decorate the soft cookies to your desire.

I have tried many recipes but I found one that spoke to me on another level: Chocolate macarons with a chocolate ganache to hold them together. I chose to give that recipe because not everyone will have food colorants at home and plain white ones are no fun. But don’t worry if your first macarons don’t have their characteristic “foot,” that risen edge or it is not as shiny. Here it is key to know how much you need to fold. There are literally thousands of tutorials and after reading my explanation I’d say go and have a look and see for yourself how the consistency should be.

Beat egg whites together with the regular sugar until it forms soft peaks. Just like in the macaroon recipe you can test this by turning the bowl upside down. In a separate bowl sift the powdered sugar, almond meal and cacao. We do not want any kind of chunks. To be extra safe you can sift through it twice. Now take that mixture and fold it into the stiff egg whites. You need to fold it until the mixture is starting to get like lava. You want it to flow but not become runny. Some chefs say this consistency can be achieved by folding it between 30-40 times, some say 50. Keep an eye on that consistency. Turn your oven to 150 degrees Celsius and prepare a baking sheet. Pipe on equal-sized round cookies. Once the tray has been filled, bang the tray to avoid cracks in the cookies and bake them for about 20 minutes.

Like I said I am a sucker for ganache and a simple one will go very well with the recipes above. You’ll need:

All you need to do is get the heavy cream to a simmer and melt the chocolate in the heat of that very cream. If you happen to be in a rather cold climate you can melt the chocolate as well and mix in the warm heavy cream. Once it is fully incorporated let it cool off to room temperature. When your cookies have cooled off as well pipe a small dollop of that ganache and sandwich it together.

You can refine your ganache however you like! I am a big fan of lemon and citrus flavors in general. You can infuse your heavy cream with lemon zest for example and give it the flavor edge you might want to try out.

If you like to have different chocolate, such as white chocolate here, you can do that as well but you might want to add more of the chocolate as the consistency will be different. For white chocolate especially, I always go with a three to one ratio (three parts chocolate and one part heavy cream) to keep its shape.