40 years and counting. Where is the HIV vaccine? 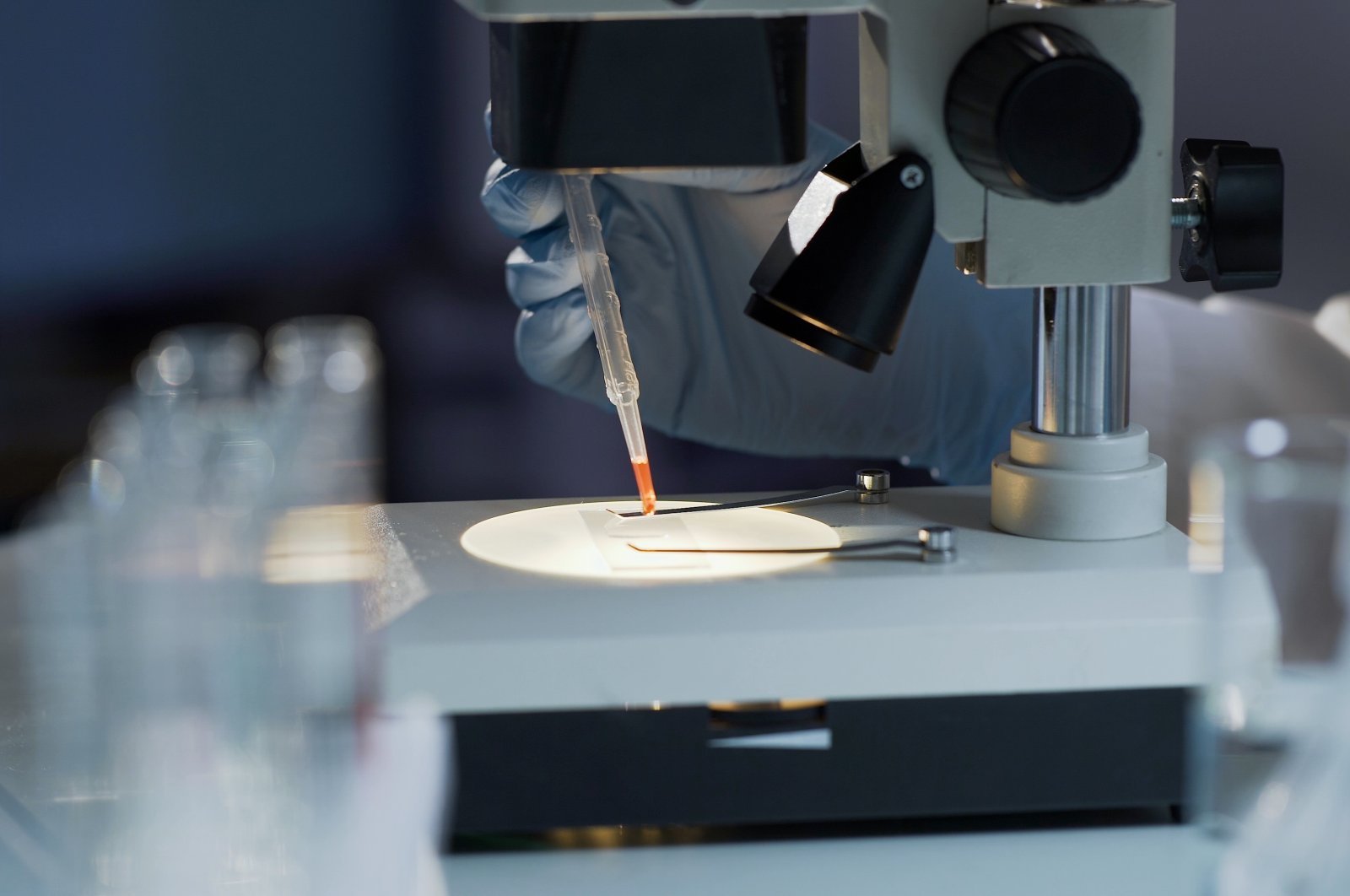 In the four decades since the first cases of what would come to be known as AIDS were documented, scientists have made huge strides in HIV treatment. (Shutterstock Photo)
by French Press Agency - AFP Jun 07, 2021 9:50 am
RECOMMENDED

Nearly 40 years have passed since the first cases of what would come to be known as AIDS were documented. Since that time, researchers and scientists have made huge strides in HIV treatment and today it is no longer a deadly disease, but rather a manageable condition.

What we still don't have is a vaccine that would train human immune systems to ward off the infection before it ever takes root.

Here's the state of play on some of these efforts, which experts see as the "holy grail" in the fight to eliminate a virus that 38 million people live with globally.

Why do we need a vaccine?

More people than ever now have access to medications called antiretroviral therapy or ART, which when taken as prescribed keeps down the amount of virus in their body.

This keeps them healthy and unable to transmit HIV to their partners.

Beyond ART, people at high risk for infection can now get pre-exposure prophylaxis, or PrEP, a pill taken every day that reduces the risk of infection by 99%.

"But access to medication is not organized in every part of the world," Hanneke Schuitemaker, global head of viral vaccine discovery at Johnson & Johnson's Janssen Vaccines, told Agence France-Presse (AFP).

Even within wealthy countries, wide socioeconomic and racial disparities exist in accessing these medicines, and vaccines have historically been the most effective tools to eradicate infectious diseases.

J&J is currently carrying out two human efficacy trials for its HIV vaccine candidate, and initial results from one of them may come as early as the end of this year, Schuitemaker said.

Why is it so challenging?

Vaccines against COVID-19 were developed in record time and have shown remarkable levels of safety and efficacy, helping drive down caseloads in the countries fortunate enough to have wide access.

Many of these shots were developed using technologies that were previously being tried out on HIV – so why have we not had breakthroughs yet?

COVID vaccines work by eliciting antibodies that bind to the virus' spike protein and stop it from infecting human cells.

HIV also has spike-shaped proteins on its surface, which are the target of HIV vaccine development.

But while COVID has a number of well-known variants circulating worldwide, HIV has hundreds or thousands of variants inside each infected person, William Schief, an immunologist leading the development of an mRNA HIV vaccine at Scripps Research Institute told AFP.

Because it's a "retrovirus" it quickly incorporates itself into its host's DNA. An effective vaccine will need to stop the infection dead in its tracks, not just reduce the amount of virus and leave the remainder to stay with the person forever.

Where do things stand now?

Efforts to develop a vaccine have been going on for decades but have so far all ended in failure.

Last year, a study called Uhambo that was taking place in South Africa and involved the only vaccine candidate ever shown to provide some protection against the virus frustratingly ended in failure.

J&J's vaccine candidate is currently being trialed in 2,600 women in sub-Saharan Africa in the Imbokodo trial, which is expected to report results in the coming months.

It's also being tested in around 3,800 men who have sex with men and transgender individuals across the U.S., South America and Europe in the Mosaico trial.

The J&J vaccine uses similar adenovirus technology to its COVID-19 vaccine, in other words, a genetically modified cold virus delivers genetic cargo-carrying instructions for the host to develop "mosaic immunogens," which are molecules capable of inducing an immune response to a wide variety of HIV strains.

This is followed up by directly injecting synthetic proteins in later doses.

Another promising approach is to try to generate "broadly neutralizing antibodies" (bnAbs) which bind to areas of the HIV virus that are common across its many variants.

Their strategy, explained Schief, is to use a sequence of shots to try to gradually educate antibody-producing B-cells. They also hope to train up another kind of white cell, known as T-cells, to kill any cells that still get infected despite the antibodies.

Efficacy trials are still a long way off, but he is hopeful the mRNA technology, which turns the body's cells into vaccine factories and has proven its worth against COVID-19, can make the difference.