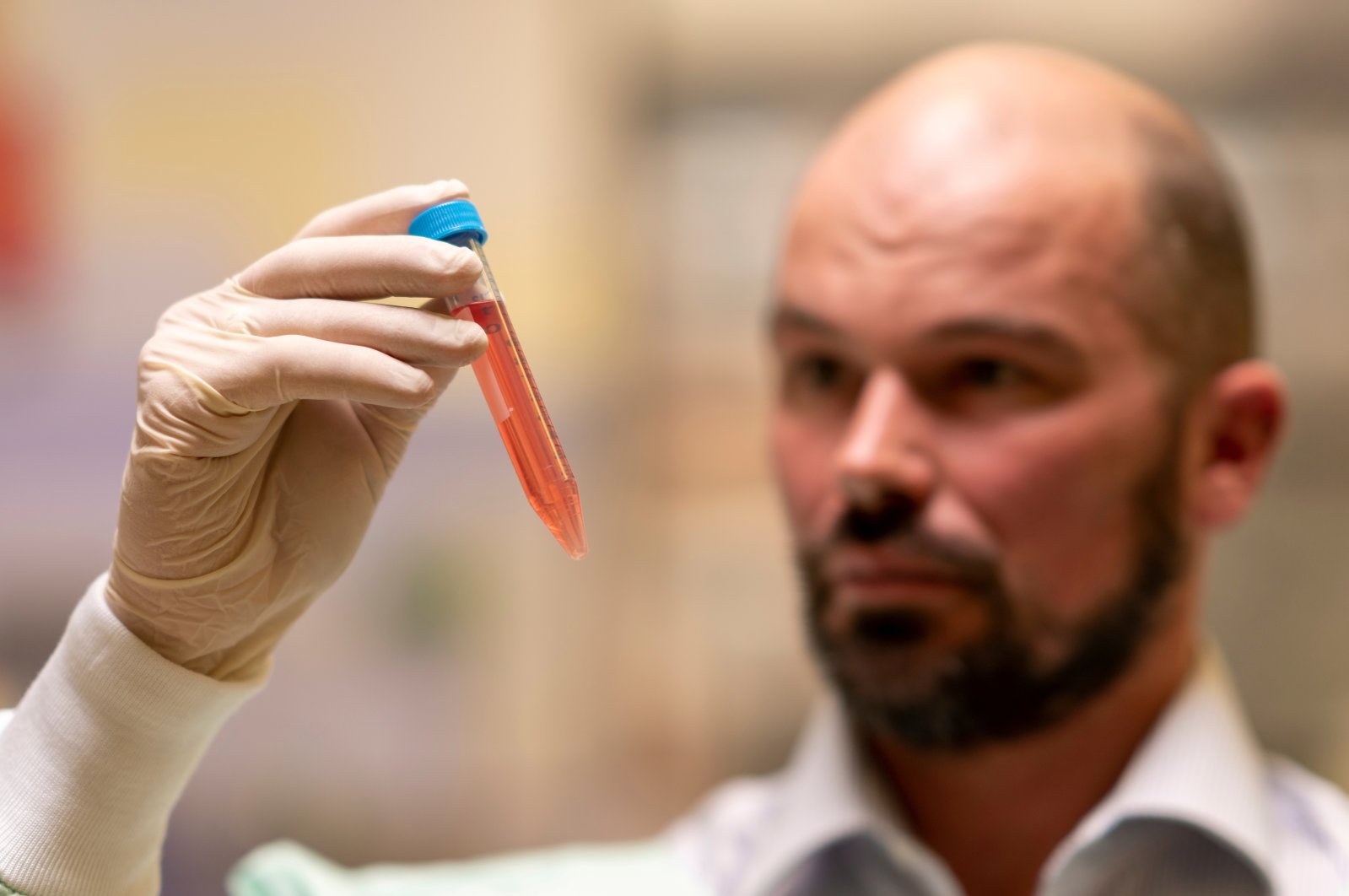 Professor David Nisbet from Australian National University (ANU) holds a vial as researchers from ANU developed a new type of hydrogel that could help to defeat Parkinson's disease, in this undated handout picture. (Reuters Photo)
by Reuters Aug 10, 2021 9:08 am
RECOMMENDED

Parkinson's disease has long been a condition that affects people's daily routines and movements. But now, Australian scientists may have found a way to alleviate some of the damage caused by the disease, which is a brain disorder.

Australian researchers have created a hydrogel that could be used as a one-off intervention to treat Parkinson's disease and possibly other neurological conditions, a member of the development team said in an interview with Reuters.

Researchers from the Australian National University, in collaboration with the Florey Institute of Neuroscience and Mental Health, have developed a gel made up of amino acids, which can be injected into the brain to help repair damage.

When shaken, the hydrogel transforms into a liquid, making it easier to be inserted into the brain through a small capillary. The gel then reverts to its solid form, filling up irregularly shaped voids and helping to safely transport replacement stem cells to injured parts of the brain.

"Foreseeably, a patient would come to the hospital presenting with Parkinson's disease and they would just need this sort of one intervention to potentially alleviate many of their symptoms for years to come," he said.

The gel has been tested so far only on animals and has been effective in combating movement disorders of Parkinson's disease in rats. Nisbet hopes clinical trials will start in the next five years, after the gel has proven safe for human use.

Nisbet added the hydrogel was also relatively cheap to produce and could be scaled up to mass production relatively easily once the materials were approved for clinical use.

Parkinson's is a brain disorder that causes shaking and difficulty with walking, balance and coordination, and worsens over time. The gel could also be used to help people who have suffered from other neurological conditions such as strokes.

Around 100,000 Australians are estimated to be living with Parkinson's disease, with over 10 million cases globally. There is no cure for the disease.