Bats may hold the key to healthy ageing, scientists say 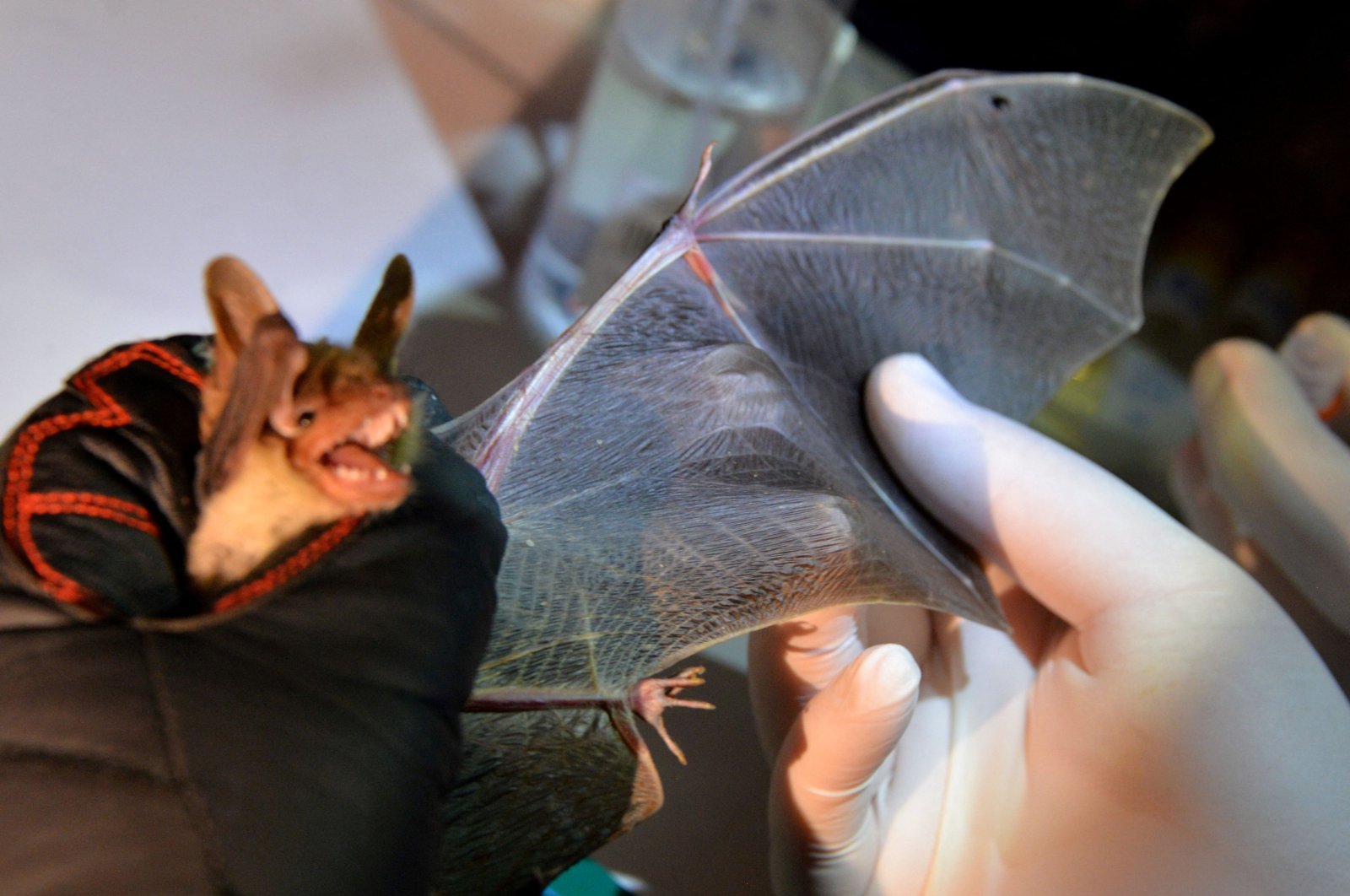 In this photograph taken on July 9, 2021 a chiropterologist checks the wing of a greater mouse-eared bat to determine its age, in Noyal-Muzillac. (AFP Photo)
by French Press Agency - AFP Aug 26, 2021 2:05 pm
RECOMMENDED

It might seem a myth or superpower to manage to stay young and healthy your whole life, but there is an animal on our planet that has succeed in this in real life.

In the fictional links he drew between immortal vampires and bats, Dracula creator Bram Stoker may have had one thing right.

"Maybe it's all in the blood," says Emma Teeling, a geneticist studying the exceptional longevity of bats in the hope of discovering benefits for humans.

"We're taking a little bit of blood, but rather than us being the vampires to the bats we're making them give us their secrets," she says.

Those secrets are tantalizing.

Bats not only live longer than other animals of their size, they also stay healthy longer and can harbor pathogens like Ebola or coronaviruses without getting sick.

Teeling, who outlined her research to Agence France-Presse (AFP) in an interview reproduced here in edited form, focuses on long-lived greater mouse-eared bats.

The aim is to discover the key to longer, healthier lives for people.

"I firmly believe it lies in studying bats," she says.

What's so special about bats?

Typically in nature, there is a pattern – nearly a law – that small things live very fast and die young as a consequence of a really fast metabolism.

Bats are unique, they are some of the smallest of all mammals, yet they can live for an extraordinarily long time. They seem to have evolved mechanisms to slow down the ageing process.

It's not eternal youth – everything dies and ageing has to catch up with you, but the rate of ageing is much slower in bats, their health span is much longer.

Think of a centenarian who is really healthy until the last few weeks of their life. That's what we want and it's what the bats have.

How do you extract their secret?

Nobody knew what was happening to bats as they age.

The only way you age a bat is to look at the bones in their fingers. If the joints are not yet fused, that bat is still a baby, whereas once they are fused it is an adult.

But since 2010 Bretagne Vivante has put a little microchip, called a pit tag, under the skin of these bats when they are babies, like you would a dog or a cat.

Every year we come back to these roosts where the females give birth and we catch the entire colony, we take a little bit of wing, a little bit of blood, and we go back to my lab in Ireland and we look at what has changed as they age, tracking a few biomarkers of ageing.

What are you looking for?

We look at these things called telomeres: On the end of every one of your chromosomes in your cells you have these protective caps – like the bumper on a car – and every time your cells replicate, it gets shorter and shorter.

They get really short, the cell should self-destruct but sometimes it stays around and becomes old, potentially driving the ageing process.

But in the longest-lived bats like greater mouse-eared bats, the telomeres do not shorten with age. They can protect their DNA.

We sequenced genes from young, middle-aged and older bats and what we found was extraordinary – they increase their ability to repair their DNA with age and repair the damage that living causes. Ours decreases.

As we age, we get arthritis, we suffer from inflammation, the bats don't seem to do this and the question is how?

So we found that they repair damage to their DNA and they are also able to modulate their immune response, keeping it balanced between antiviral and anti-inflammatory responses.

When you look at COVID-19 for example, what kills somebody is this over-excited immune response. In Dublin, we did an experiment looking at antiviral and anti-inflammatory cytokines and found that if a human with a bat's immune profile was hospitalized they wouldn't end up on a ventilator. If it is the other way around, so more like a mouse, they end up on a ventilator.

We share the same genes as bats, with slight tweaks and modifications. Imagine if we find the little controlling gene that regulates these effects, we could then make a drug to mimic it in humans.

How long will it take?

I would have said 10 years, but look how fast everything is going now.

People are really interested in looking at bats to find answers, there has been a huge speed up.

We sequenced the genome, that was the first step, then we have this field data and we're working with labs all around the world who are developing the cellular tools required.

We have to keep going and believe it is possible.