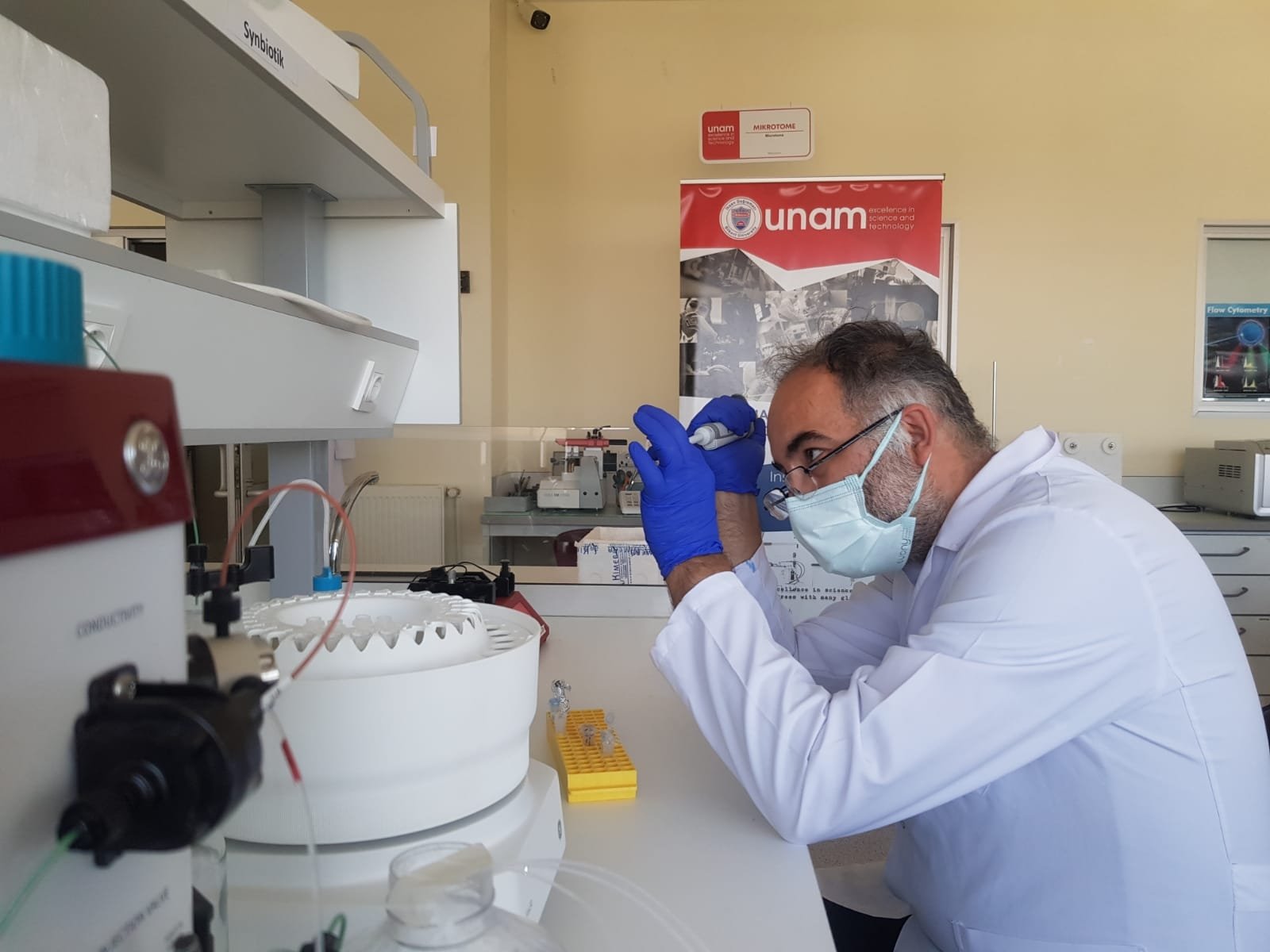 An innovative prophylactic drug against COVID-19 developed by Turkish scientists has successfully completed animal trials. The drug, in the form of a nasal spray, will soon start Phase 1 trials after approval from Turkey’s health ethics board. Researchers hope to make it available in December of this year after the trials and approval process.

The nasal spray has been developed by researchers from Bilkent and Hacettepe universities in the capital Ankara at the National Nanotechnology Research Center of Bilkent. Scientists are working to make it effective against all current variants and possible future variants of the deadly virus. They say it will be the first of its kind in the world as a protein-based drug candidate developed with Griffithsin protein.

Preclinical trials and animal trials demonstrated that the mice administered the spray either were not infected at all or recovered from infections with very mild symptoms.

Associate Professor Urartu Şeker of Bilkent University, one of the developers, says the Griffithsin protein in the drug enables it to provide protection for cells on a wider area, instead of focusing a single spot in the cell as is the case with vaccines.

The drug is developed as part of the COVID-19 Platform, an initiative to develop and endorse drugs and vaccines against coronavirus established by the Scientific and Technological Research Council of Turkey (TÜBİTAK). Scientists at Uludağ and Çukurova universities have also come up with a similar nasal spray.

Şeker told Demirören News Agency (DHA) on Wednesday that Griffithsin was a lectin protein with the ability to bind to oligosaccharides and provided a blocking mechanism against the virus. “When the virus is unable to enter into cells, it cannot multiply and thus, loses its feature of causing disease,” he says. “In animal trials, we grouped infected mice in with mice who were administered the spray and healthy mice. The healthy mice developed severe problems and some died of COVID-19, while the mice with the nasal spray were not infected or had very mild symptoms,” he highlighted.

“This is not a drug able to cure coronavirus, but we believe it may have the potential as a drug to be used in treatment, and we are working now to find if it is possible,” Şeker added.