Which COVID-19 vaccines are now available around the globe? 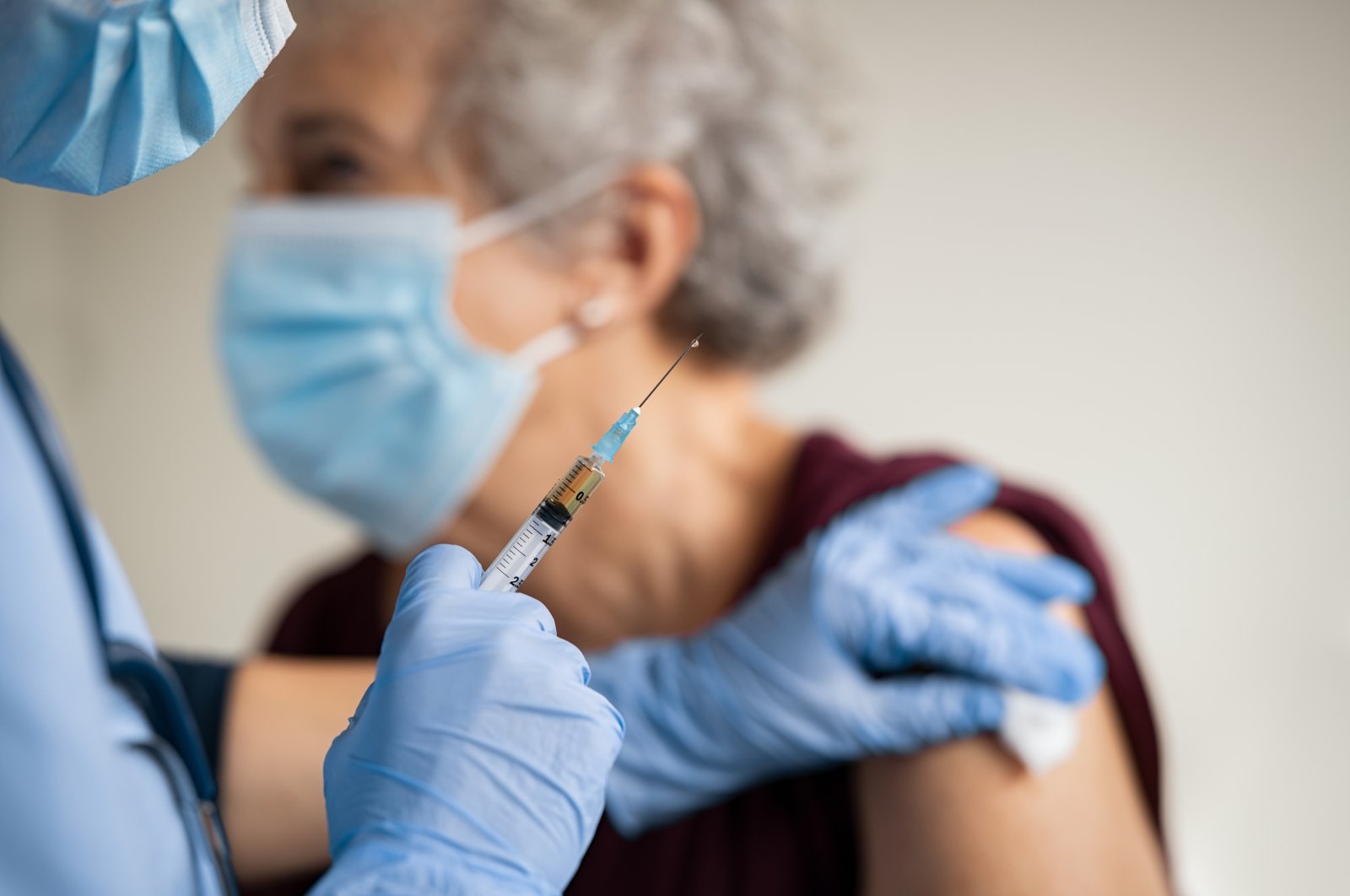 A young nurse administers an injection to an elderly woman. (Shutterstock Photo)
by Daily Sabah with Reuters Jun 22, 2021 12:51 pm
RECOMMENDED

It has been more than a year since the COVID-19 pandemic started and a bit more than six months since the first COVID-19 vaccine was approved.

Nationwide vaccinations in many countries gave hope to millions of people as the pandemic has negatively affected people’s life. Travel restrictions, curfews and the “new normal” have been a part of everyone’s life in the past year and the only “light at the end of the tunnel” is the vaccination.

Let's check out what kind of vaccines are now available in the world.

At the moment, the World Health Organization (WHO) has approved Pfizer-Biontech, two types of AstraZeneca, Covishield (produced by the Serum Institute of India), Moderna, Janssen (Johnson&Johnson), Sinovac (Coronavac) and Sinopharm for emergency use amid the COVID-19 pandemic.

According to WHO data as of December 2020, there are over 200 vaccine candidates for COVID-19 being developed.

What are the other vaccines?

Some vaccines got their approval inside the country that they were developed in and are being used for vaccination campaigns but are still waiting to get the WHO certification.

For example, Russia was the first country to develop the COVID-19 vaccine and to start local vaccination, even though the vaccine is still not approved by international organizations.

Sputnik is an inactive vaccine and, according to Russia, has 91% efficacy.

In India, Covaxin, a vaccine made by local firm Bharat Biotech, is also being used for the country’s vaccination campaign. As an inactivated vaccine, Covaxin uses a more traditional technology that is similar to the inactivated polio vaccine. The vaccine was also approved for emergency use in Iran and Zimbabwe.

In January 2021, the company released Phase 3 trial results showing that it has 89% efficacy against COVID-19 and also provides strong immunity against new variants. It has applied for emergency use in the U.S. and U.K. but will be distributed in the U.K. first. As of May 2021, the company does not anticipate that it will file for approval in the U.K. "until July at the earliest." On June 14, 2021, Novavax announced overall 90.4% efficacy in a Phase 3 U.S and Mexico trial.

Dozens of countries, including Turkey, are working on producing their own vaccine to boost the worldwide fight against the deadly virus.

COVID-19 update: What do you need to know now

A senior Chinese epidemiologist said the United States should be the priority in the next phase of investigations into the origin of the novel coronavirus after a study showed the disease could have been circulating there as early as December 2019, state media said Thursday.

The study, published this week by the U.S. National Institutes for Health (NIH), showed that at least seven people in five U.S. states were infected with SARS-CoV-2, the virus that causes COVID-19, weeks before the United States reported its first official cases.

Japan to ease state of emergency, focus on Games spectators

Japanese Economy Minister Yasutoshi Nishimura said Thursday that a panel of government-appointed experts had approved a plan to downgrade a state of emergency in seven prefectures including Tokyo, which will host the Olympics from July 23.

Media said the government was considering allowing up to 10,000 spectators into stadiums during the Games, in line with a plan endorsed by health experts on Wednesday. A decision on the maximum number of spectators for the Olympics is due by the end of the month.

An antibody cocktail from Regeneron Pharmaceuticals Inc. and Roche showed benefits for a wide range of COVID-19 patients, two research teams reported on medRxiv ahead of peer review. The cocktail, REGEN-COV, is already being used intravenously in the United States to keep symptomatic COVID-19 patients out of the hospital.

In a large new trial in the United States, results released on Monday showed the treatment cut patients' risk of developing symptoms by 32%. It also reduced the amount of virus patients carry, said study leader Meagan O'Brien of Regeneron. No one who got the drug required an emergency room visit or hospitalization, compared with six people in the placebo group.

New Zealand will take up to the end of the year to inoculate all those eligible for COVID-19 vaccinations, Prime Minister Jacinda Ardern said on Thursday, as she announced details of a vaccine campaign.

Ardern said the country would only get the bulk of its vaccine supply in October. About 560,000 people in the country of 5 million have received their first dose of the Pfizer vaccine, while about 325,000 have been given a second dose.

German biotech CureVac NV said Wednesday its COVID-19 vaccine was only 47% effective in a late-stage trial, missing the study's main goal and throwing in doubt the potential delivery of hundreds of millions of doses to the European Union.

The disappointing efficacy of the shot known as CVnCoV emerged from an interim analysis based on 134 COVID-19 cases in the study with about 40,000 volunteers in Europe and Latin America.