Curiosity and children: A delicate relationship that needs support 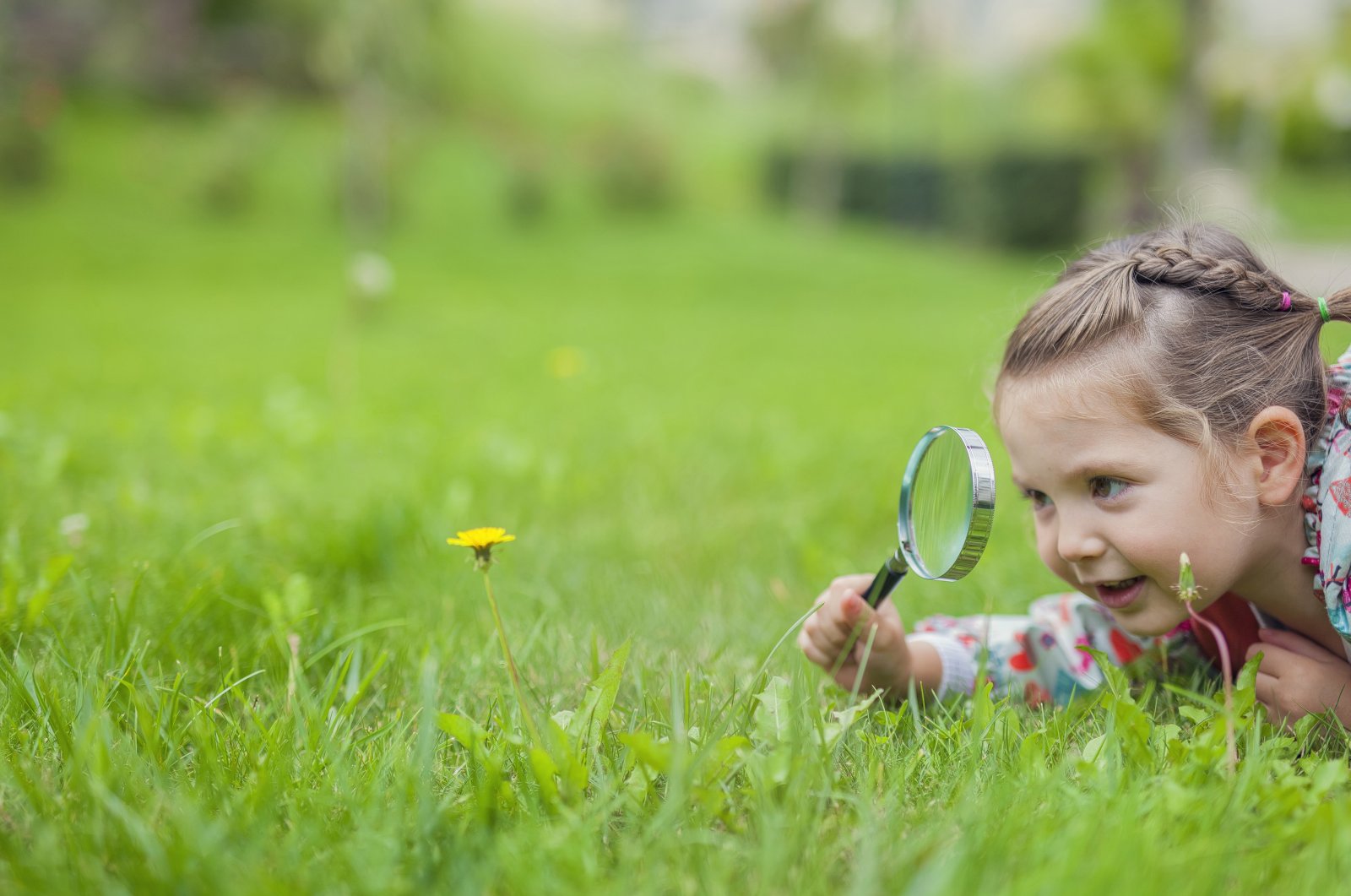 After a certain age, children start to examine their surroundings in more detail and begin asking a lot of questions out of curiosity. (Shutterstock Photo)
by Ahmet Koçak Oct 04, 2021 7:56 am

Why, what, when and how: Children ask dozens of questions every day out of curiosity. Here is why it is important to answer them all

Children are naturally curious. Knowledge-oriented learning is a product of an active sense of curiosity, according to experts, who say information is better retained if a child's curiosity is reinforced from the moment they are born. However, experts warn that if a child's questions are left unanswered or ignored, their focus shifts to nonliving objects and they are at risk of becoming introverted.

Easy to learn if you are curious

Yıldırım noted that whether curiosity is an emotion or not is still a matter of debate. “Apart from this debate, we can talk about two types of curiosity. The first is situational curiosity, a curiosity that arises in the face of a new situation that exists in everyone," she said.

She added that on the other hand, one should pay attention to how that curiosity can express itself as a personality trait, as well as how it forms and develops in children.

"Children are born inquisitive. Especially after they start walking, they start to wonder about their surroundings and environment. Over time, we sometimes have problems regarding whether to keep this curiosity alive or not. If this sense of curiosity is not very alive at older ages, it is necessary to recreate it. As clinical observations show, learning can happen much better if there is curiosity,” she said.

Yıldırım pointed out that people are often guided by emotion. “The knowledge-oriented learning emerges when the sense of curiosity is active. When the feelings of curiosity are reinforced from the moment children are born, the information stays with them in a more permanent way," she said.

"When we look at it in general, we see that this sense of curiosity is left in the background in students and employees," she said, adding that, "Of course, this also has to do with the education system. Maybe because it is not based on curiosity, but there is already effort to get away from that gradually."

"The way information is conveyed, which is the most important point in creating curiosity, is very valuable. Because while we are creating the information, when we transfer it as more of a book information, it can stay in our minds for a certain period of time."

"In order to increase the permanence of knowledge, children can be asked to guess when studying a subject, or when reading a book, a conversation can be made with the child before starting to read. It can be very valuable to create a schema point first and then support the missing information in that schema with curiosity,” Yıldırım explained.

Yıldırım stated that after a certain age, children start to examine the details of their surroundings more and ask a lot of questions out of curiosity.

“Sometimes, parents can experience exhaustion in order to share information and respond to those feelings of curiosity at any moment, in any situation. This time and period are very precious because at this age they are at the point of creation of knowledge, when questions are left unanswered, when parents don't respond or questions are glossed over, that curiosity, unfortunately, turns to the point of nonliving curiosity," she explained.

"When the child does not get the answers they want from the parents, they can turn inward, trying to develop this curiosity through an internal process. At this point, when the child poses a question, it should be answered actively, that curiosity should be resolved together."

"It is valuable for parents to support this process together. Parents can have a busy work schedule, but this point is very valuable. We can say that supporting that process together is quite effective. They can research a subject together and share information with each other in a way that also reveals (the parent's) curiosity without being too superficial,” Yıldırım noted.

Yıldırım emphasized that children definitely take adults as role models when it comes to digital environments. She said the curiosity process in large depends on how much attention parents can give to children while answering their questions, which in turn is affected by how much time they spend in front of screens.

"In order to be the right role model for children, the time devoted to them should be more research-oriented and independent from the screen. Being able to put limits is very important because, staying in front of the screen without limits can reach very difficult extents and lead to behavior problems," she warned.

"On the point of control, it is very important to know and control what the child watches, which applications they use and what they enjoy watching. Therefore, a limit should be created for how long it will be used or not."

"I have also observed that children go along with responsibilities very well at home, and are disconnected from the screen, but it is very important that this is definitely created by the parents. Responsibilities (that should be given to children) are different for each age group."

"We can say that giving responsibility according to age is very valuable,” Yıldırım noted.

Observational toys can be effective

Yıldırım explained that parents have shown a lot of interest in this concept.

"At this point, puzzles have a huge impact. As the number of pieces increases, they get more difficult. Toys that are geared toward creation, where they can make observations, can be more effective because their imaginations emerge with curiosity," Yıldırım said.

"Sometimes they can take a purely imaginary object and say it is a car. Since they do not know the objects very well, they can attribute their own meanings. The world of imagination can also emerge with that curiosity."

"Observing the child is a very valuable situation. By analyzing what the child enjoys, their feelings of curiosity can be revealed."

"In other words, there is no such thing as a girl must play with a doll," she said. "They can enjoy different things."