What do we know about the Indian COVID-19 variant? 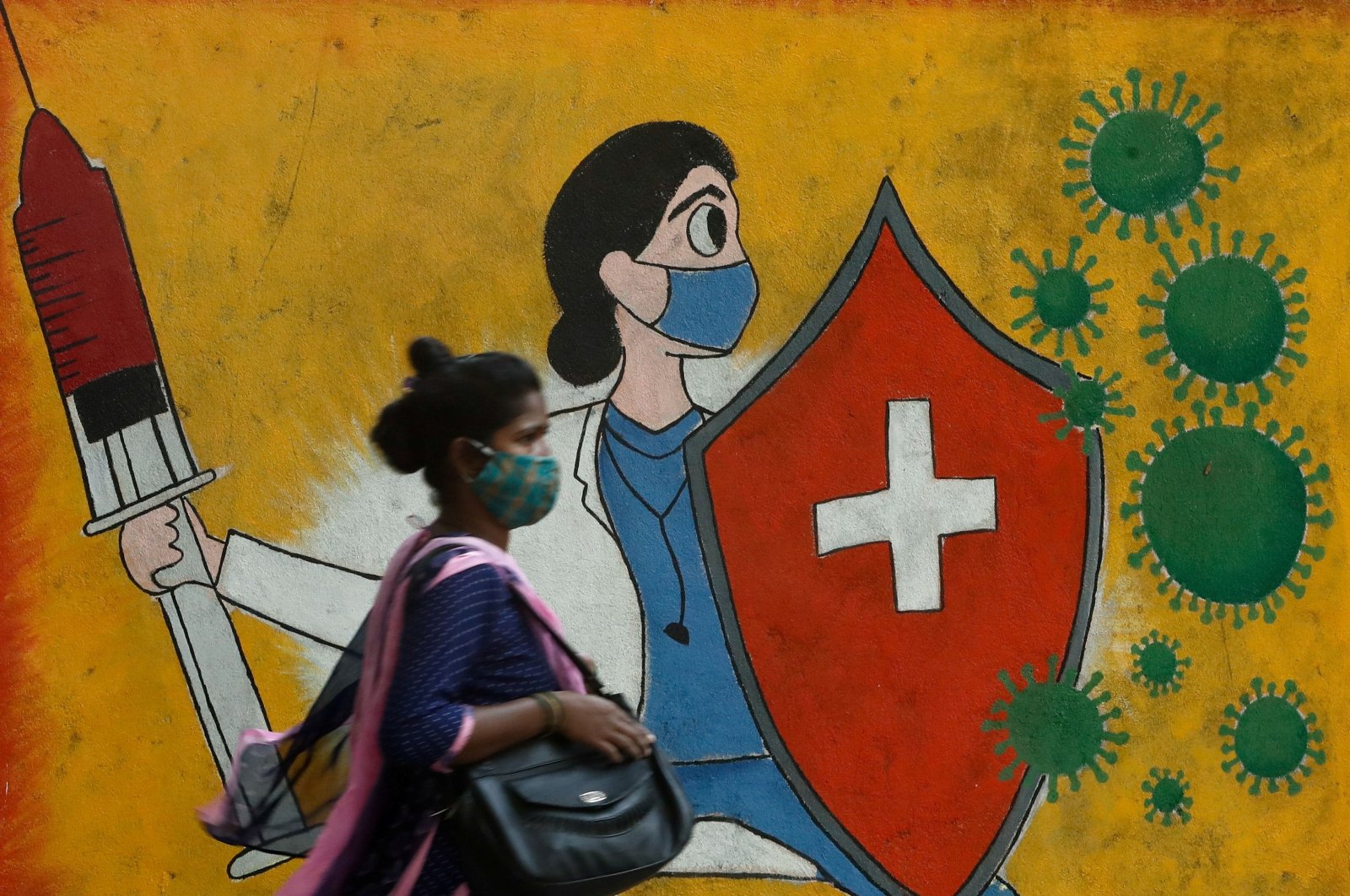 A woman walks past graffiti on a street depicting a health care worker fighting coronavirus cells, in Mumbai, India, May 10, 2021. (Reuters Photo)
by Reuters May 11, 2021 11:40 am
RECOMMENDED

COVID-19 cases have surged in India leading to world record-breaking spikes in infection numbers. Health care workers and the health care system are entirely overwhelmed and an Indian variant of the coronavirus has been on the rise as well.

Scientists are studying what led to the unexpected surge, and particularly whether the variant of the novel coronavirus first detected in India is to blame. The variant, named B.1.617, has been reported in 17 countries, raising global concern. Here are the basics:

What is the Indian variant?

The B.1.617 variant contains two key mutations to the outer "spike" portion of the virus that attaches to human cells, said senior Indian virologist Shahid Jameel.

The World Health Organization (WHO) said the predominant lineage of B.1.617 was first identified in India last December, although an earlier version was spotted in October 2020.

On May 10, the WHO classified it as a "variant of concern," which also includes variants first detected in the United Kingdom, Brazil and South Africa. Some initial studies showed the Indian variant spreads more easily.

"There is increased transmissibility demonstrated by some preliminary studies," Maria Van Kerkhove, WHO's technical lead on COVID-19, said, adding it needs more information about the Indian variant to understand how much of it is circulating.

Are variants driving the surge in cases?

It's hard to say.

Laboratory-based studies of limited sample size suggest potential increased transmissibility, according to the WHO.

The picture is complicated because the highly transmissible B.1.1.7 variant first detected in the U.K. is behind spikes in some parts of India. In New Delhi, U.K. variant cases almost doubled during the second half of March, according to Sujeet Kumar Singh, director of the National Centre for Disease Control.

The Indian variant, though, is widely present in Maharashtra, the country's hardest-hit state, Singh said.

Prominent U.S. disease modeler Chris Murray, from the University of Washington, said the sheer magnitude of infections in India in a short period of time suggests an "escape variant" may be overpowering any prior immunity from natural infections in those populations.

"That makes it most likely that it’s B.1.617," he said. However, Murray cautioned that gene sequencing data on the coronavirus in India is sparse, and that many cases are also being driven by the U.K. and South African variants.

Prime Minister Narendra Modi has been criticized for allowing massive political rallies and religious festivals which have been super-spreader events in recent weeks.

Do vaccines stop it?

One bright spot is that vaccines may be protective. White House chief medical adviser Anthony Fauci said that preliminary evidence from lab studies suggest Covaxin, a vaccine developed in India, appears capable of neutralizing the variant.

Public Health England said it was working with international partners but that there is currently no evidence that the Indian variant and two related variants cause more severe disease or render the vaccines currently deployed less effective.

"We don't have anything to suggest that our diagnostics, our therapeutics and our vaccines don't work. This is important," said Van Kerkhove at WHO.