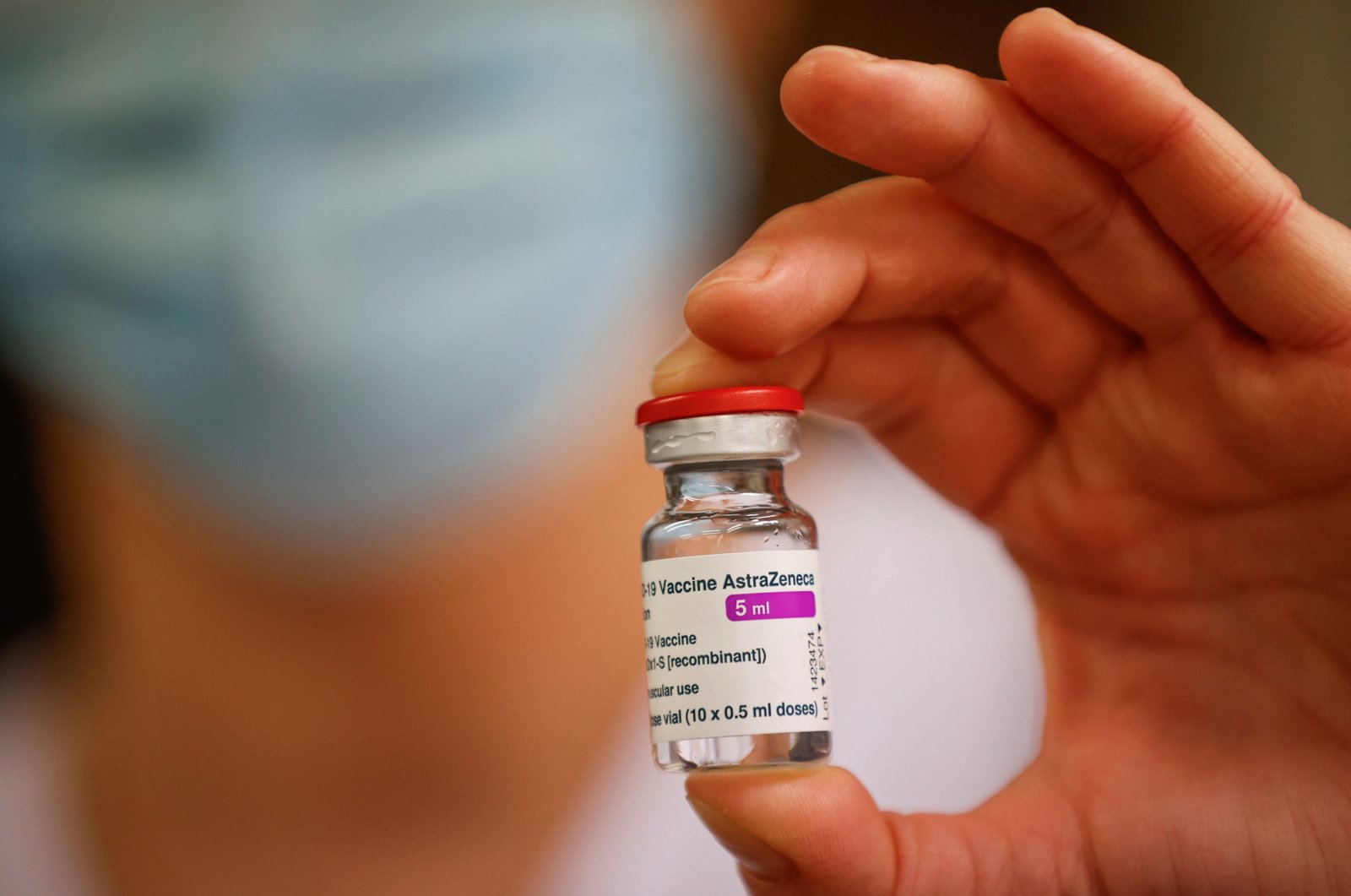 A member of the medical staff holds a vial of the AstraZeneca/Oxford Covid-19 vaccine at the South Ile-de-France Hospital Group (Groupe Hospitalier Sud Ile-de-France), in Melun, on the outskirts of Paris, on February 8, 2021. (AFP Photo)
by French Press Agency - AFP Mar 14, 2021 3:43 pm
RECOMMENDED

Ireland suspended the use of the AstraZeneca coronavirus vaccine on Sunday, following reports of blood clots in adults who received the shot in Norway.

The move came after Ireland's National Immunisation Advisory Committee (NIAC) recommended suspending the AstraZeneca rollout "on the precautionary principle" after "a report from the Norwegian Medicines Agency of four new reports of serious blood clotting events in adults after vaccination".

"It has not been concluded that there is any link" between the AstraZeneca vaccine and the blood clot cases and action has been taken "pending receipt of further information," Ireland's deputy chief medical officer Ronan Glynn said in a statement.

The NIAC is due to meet on Sunday morning and to issue a further statement on the matter.

Some 570,000 doses of COVID-19 vaccines have been administered in Ireland to date, according to government data last updated Wednesday.

A total of 109,000 of those doses have been manufactured by the Anglo-Swedish pharma giant AstraZeneca.

An AstraZeneca spokesperson said "an analysis of our safety data that covers reported cases from more than 17 million doses of vaccine administered has shown no evidence of an increased risk" in blood clot conditions.

"In fact, the reported numbers of these types of events for COVID-19 Vaccine AstraZeneca are lower than the number that would have occurred naturally in the unvaccinated population," a statement added.

European Union regulators at the end of January approved the product, saying it was effective and safe to use, while the World Health Organization (WHO) in mid-February listed the product for emergency use. Italy approved the vaccine for all adults but recommended alternatives be given to people aged over 55, citing "a level of uncertainty".

Ireland – a nation of 5 million – has suffered 4,534 deaths from the coronavirus according to the latest official figures.

The Republic is currently in the midst of its third lockdown after suffering a surge of cases that saw it become the world's most infectious nation in early January.

The government is already under pressure from opposition lawmakers over a drought in vaccine supply amid a sluggish nationwide rollout tethered to the EU jabs program.

On Thursday Minister of Health Stephen Donnelly said AstraZeneca is "repeatedly changing its delivery schedules, often at the last minute, and revising down the volumes it will deliver".

"It is deeply frustrating for everybody, with so many people looking to get vaccinated as quickly as possible," he told lawmakers in Ireland's Dail lower house of parliament.