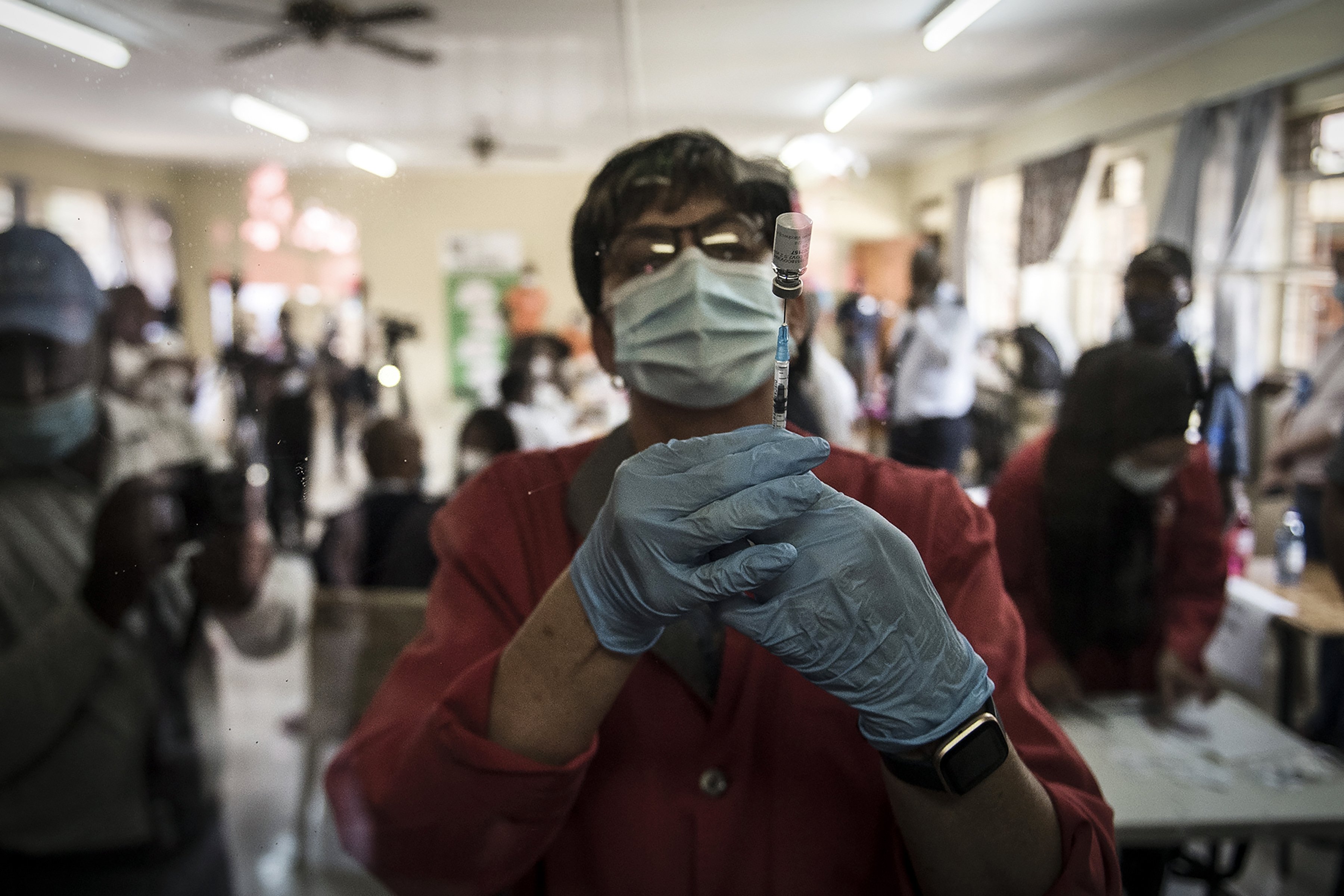 Large worldwide clinical trials of Johnson & Johnson's COVID-19 vaccine, which does not need freeze-chain storage and is delivered in a single shot, show it prevents both severe cases of the disease and new variants, the U.S. Food and Drug Administration (FDA) said on Wednesday.

The news came as the regulator was set to convene an independent panel Friday that will likely vote to authorize the vaccine, making it the third available in the country hit hardest by the coronavirus pandemic.

The Johnson & Johnson vaccine's efficacy against severe responses to the disease was 85.9% in the United States, 81.7% in South Africa and 87.6% in Brazil.

Overall, among 39,321 participants across all regions, the efficacy against severe COVID-19 was 85.4%, but it fell to 66.1% when including moderate forms of the disease.

The vaccine was generally well-tolerated, with no reports of severe allergic reactions (anaphylaxis) that have been seen in rare cases for the Pfizer and Moderna shots.

Mild to moderate reactions, like injection-site pain, headache, fatigue and muscle pains were more likely to occur in younger participants than older.

There were no reported deaths in the vaccine group, but five in the placebo group.

"The analysis supported a favorable safety profile with no specific safety concerns identified that would preclude issuance of an EUA (emergency use authorization)," the FDA wrote.

A third vaccine is seen as a vital means to ramp up the immunization rate in the U.S. as it tops a half-million COVID-19 deaths.

Some 65 million people in America have so far received at least one shot of either the Pfizer or Moderna vaccines but unlike those, the Johnson & Johnson vaccine requires just one dose and is stored at fridge temperatures.

Some 200 million COVID-19 vaccine shots have been administered worldwide.

The trade-off is slightly less protection against mild or moderate forms of coronavirus disease.

"The vaccine was effective in preventing COVID-19 using a less restrictive definition of the disease and for more severe disease, including COVID-19 requiring medical intervention, considering all cases starting 14 days after vaccination," the FDA wrote in its briefing document.

"Although a lower efficacy overall was observed in South Africa, where there was a predominance of B.1.3.5 lineage during the time period of this study, vaccine efficacy against severe/critical COVID-19 was similarly high across the United States, South Africa and Brazil," it added.

There was a hint, based on preliminary data, that the vaccine might be effective against asymptomatic infection but "this finding needs to be further investigated with additional data," wrote the company in a separate document made available by the FDA.

The Johnson & Johnson vaccine uses a common-cold-causing adenovirus, which has been modified so that it can't replicate, to carry the DNA for a key protein of the coronavirus into human cells. This makes those cells produce that protein, which in turn trains the human immune system should it encounter the real virus.

Other adenovirus vector vaccines against COVID-19 include those made by AstraZeneca-Oxford, recently approved in Australia, and Russia's Sputnik V.