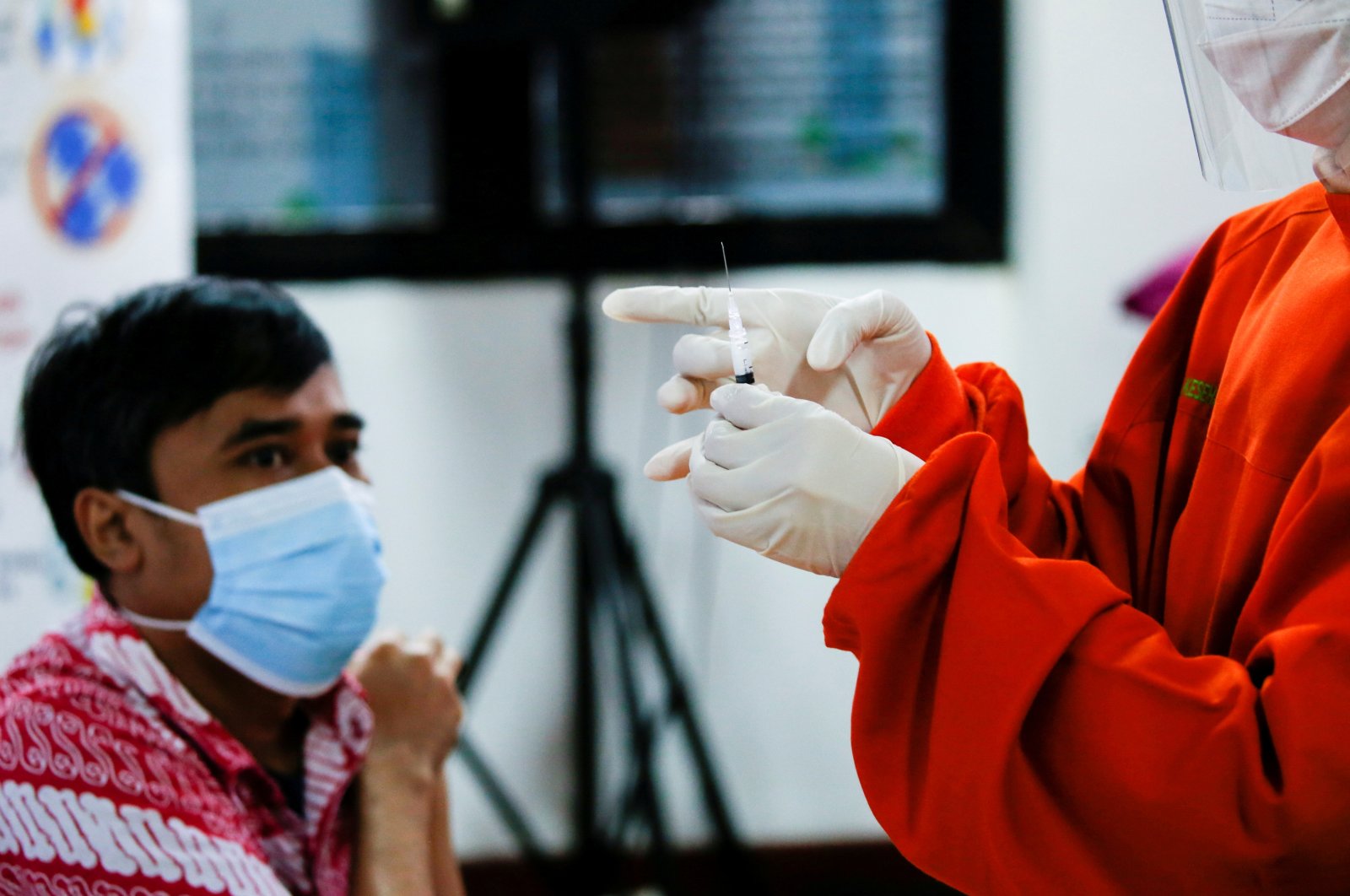 A health care worker prepares to administer a dose of the Sinovac vaccine at a district health facility in Jakarta, Indonesia, Jan. 14, 2021. (Reuters Photo)
by DAILY SABAH Jul 27, 2021 3:56 pm
RECOMMENDED

More than 200 symptoms of long COVID-19 were found as a result of the largest ever international study.

According to the study, COVID-19 can affect nine organ systems for at least six months after being initially diagnosed, causing numerous symptoms like brain fog, hallucination, tremors and tinnitus.

Many people recovering from COVID-19 are struggling with symptoms that make daily life harder. Patients report a variety of symptoms such as fatigue and cognitive problems, which fall under what is being termed "long COVID-19."

“A lot of post-COVID clinics in the U.K. have focused on respiratory rehabilitation. It’s true that a lot of people have shortness of breath, but they also have a lot of other problems and types of symptoms that the clinics need to provide a more holistic approach to,” said Athena Akrami, a neuroscientist at University College London and senior author of the study.

Still experiencing symptoms 16 months after getting infected, Akrami said: “There are likely to be tens of thousands of long COVID-19 patients suffering in silence, unsure that their symptoms are connected to COVID-19. Building on the network of long COVID clinics, which take GP referrals, we now believe a national program could be rolled out into communities able to screen, diagnose and treat all those suspected of having long COVID symptoms.”

A total of 203 symptoms were identified and 66 of them were tracked for seven months, a survey conducted by the academic journal The Lancet with 3,762 people from 56 countries that are verified with or suspected of having long COVID.

Researchers have analyzed the progression of the symptoms over time. “After six months most of the remaining symptoms are systemic – things like temperature regulation, fatigue, post-exertional malaise – and neurological (affecting the brain, spinal cord and nerves),” Akrami said.

Some 2,454 patients experiencing symptoms lasting longer than six months had an average of 13.8 symptoms in the seventh month of long COVID-19.

During long COVID-19, patients’ symptoms affected an average of nine organ systems. “This is important for medical researchers who are looking for the underlying disease mechanisms, and also for doctors that provide care and treatment because it suggests they should not just be focusing on one organ system,” said Akrami.

Some 22% of the participants have said that they weren’t able to go to work and were fired because of it or that they have taken a leave of absence due to the continuing long COVID-19 symptoms.

COVID-19 patients that have more than five symptoms within the first week of infection are at significantly greater risk of developing long COVID-19, irrespective of age and gender, according to a review led by researchers at the University of Birmingham and published in the Journal of the Royal Society of Medicine.

Half of the patients that are hospitalized due to COVID-19 develop at least one additional symptom during their time in hospital and a quarter of them are less capable of taking care of themselves after they are discharged than before they were infected. This situation is expected to add an extra burden on health and social care systems.

“Being admitted to hospital with breathing problems is not a complication in itself, the complication is if they get pneumonia on top of that, or a blood clot or an acute kidney injury,” said Dr. Annemarie Docherty, an honorary consultant in critical care at the University of Edinburgh.

The most common complication, one in four of the hospitalized, is acute kidney damage. One in five patients experience lung complications and one in eight of the admitted have heart complications, according to a study published in The Lancet and which involved more than 70,000 people in 302 U.K. hospitals.

“I was actually really quite surprised because I was expecting the same relationship that we see with death – in other words, that the complications would primarily affect the frail and elderly people. I was really quite distraught to see that we were talking about young people, who were previously fit and well, having complications such as an acute kidney injury,” said professor Calum Semple at the University of Liverpool, the study’s chief investigator to the Guardian.

Semple addressed the policymakers saying that the rate of vaccination should be increased and the COVID-19 restrictions shouldn’t be eased. The continuation of acute illnesses on hospitalized COVID-19 patients has the risk to cripple the health care system due to overload.