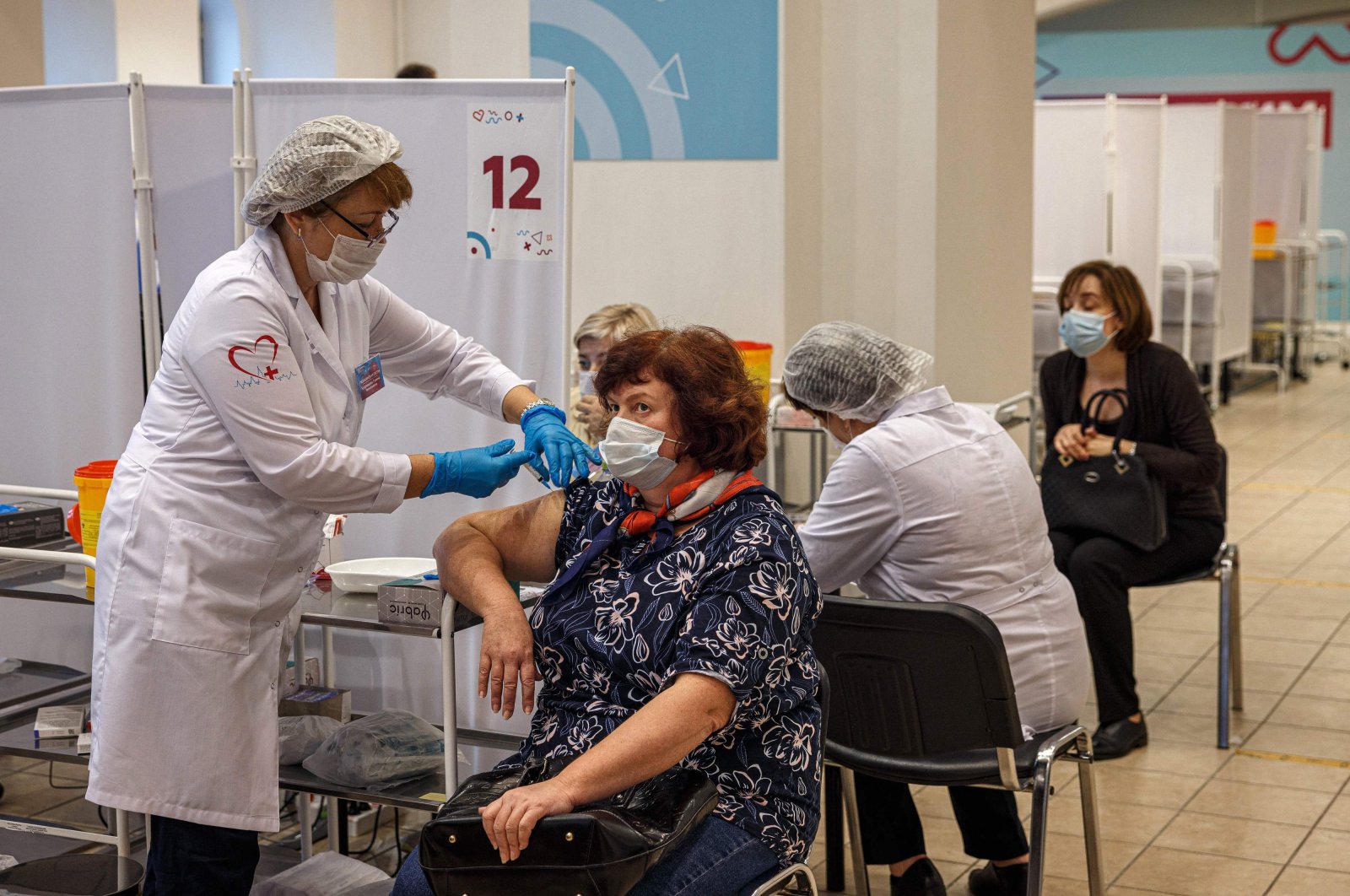 Despite the fact that Russia was one of the first countries in the world to start producing vaccines against COVID-19, more than half of the population is still not vaccinated.

Some call it "experimental," some don't trust the government, some even buy fake certificates – as their country sees a record coronavirus surge, Russians are proving stubbornly resistant to the country's Sputnik V vaccine.

Russia is among the countries worst hit by the COVID pandemic and a devastating wave this autumn has seen infections and deaths reach new records, with more than 1,000 fatalities per day.

But while the country has several locally produced vaccines including Sputnik V, only about a third of its population has been inoculated.

With global coronavirus fatalities soon set to top 5 million, the scepticism of Russians underlines the difficulties that remain in the global fight against COVID-19.

Sputnik V was announced with great fanfare last year by President Vladimir Putin as the first registered coronavirus vaccine and is freely available at clinics and vaccination centers across the country.

Meant as a showcase for Russian science that would quickly turn the page on the pandemic in the country, it has failed to win over the public, with polls showing fewer than half of people planning to get vaccinated.

For Russians like Vyacheslav, a 52-year-old businessperson, the government has given them no reason to have confidence in the vaccine.

"The authorities lie to us on all sorts of subjects. Why should we believe them on vaccination?" he asked, his sports bag on his knees as he prepared for a swim at a Moscow pool.

"I have no trust," he said, declining to give his last name.

Even some of those who have contracted COVID, like Svetlana Zhetlukhina, are still refusing to get jabbed.

"It's an experimental vaccine," said the 54-year-old financial analyst, adding there is not yet enough "scientific data" on Sputnik V.

Like elsewhere, Russia has its share of diehard anti-vaxxers. But beyond those who oppose all vaccines, there are "a big number of Russians who distrust the people who made this vaccine and the Russian government," said anthropologist Alexandra Arkhipova.

"They think that we cannot expect anything good from the government ... and that our laboratories are incapable of producing aspirin, let alone a good vaccine," she said.

"They want us to believe that we have the best scientists in the world, like the USSR," she said, walking briskly toward a Metro station.

"But me, I will never accept this so-called vaccine."

Sputnik V has been administered to millions of people and both its effectiveness and safety have been confirmed by the respected medical journal The Lancet.

But it has not yet won approval from the World Health Organization or the European Medicines Agency – another fact that is feeding concern among Russians.

Putin's government has been pinning its hopes on vaccines and has shied away from the kind of severe lockdowns imposed in many countries.

But with current policies failing to reduce cases, authorities have imposed a nationwide non-working week from Oct. 30 to Nov. 7.

Mandatory jabs have also been required for some service workers and there are increasing moves toward requiring vaccination certificates for public venues.

But sceptical Russians are finding ways around that too, with a thriving market in fake COVID-19 passes.

Alexander, a 45-year-old entrepreneur, said he preferred to spend 5,500 rubles ($80) to get a false certificate instead of a free vaccine, and knows "a lot of people" who have done the same.

The Kremlin has put out increasingly desperate calls for Russians to get vaccinated, with Putin in mid-October asking them to "please, show responsibility."

According to sociologist Stepan Goncharov of independent pollster Levada, surveys show the number of people opposed to being vaccinated – "between 50% and 55%" – has been steady for months.

The Kremlin "needs to win back people's confidence" if it wants to prevail in the vaccination battle, he said, by putting in place a "more coherent policy" after months of vacillating between warnings and inaction.

With hospitalizations on the rise and Russia's health system stretched, doctors say the best ambassadors for vaccination may be those who are treated for serious cases of COVID-19.

"Those who survive become our allies," said Yevgeny Ryabov, a doctor at Moscow's top emergency hospital, the Sklifosovsky Institute.

"When they get out of the hospital, they tell their loved ones to get vaccinated."