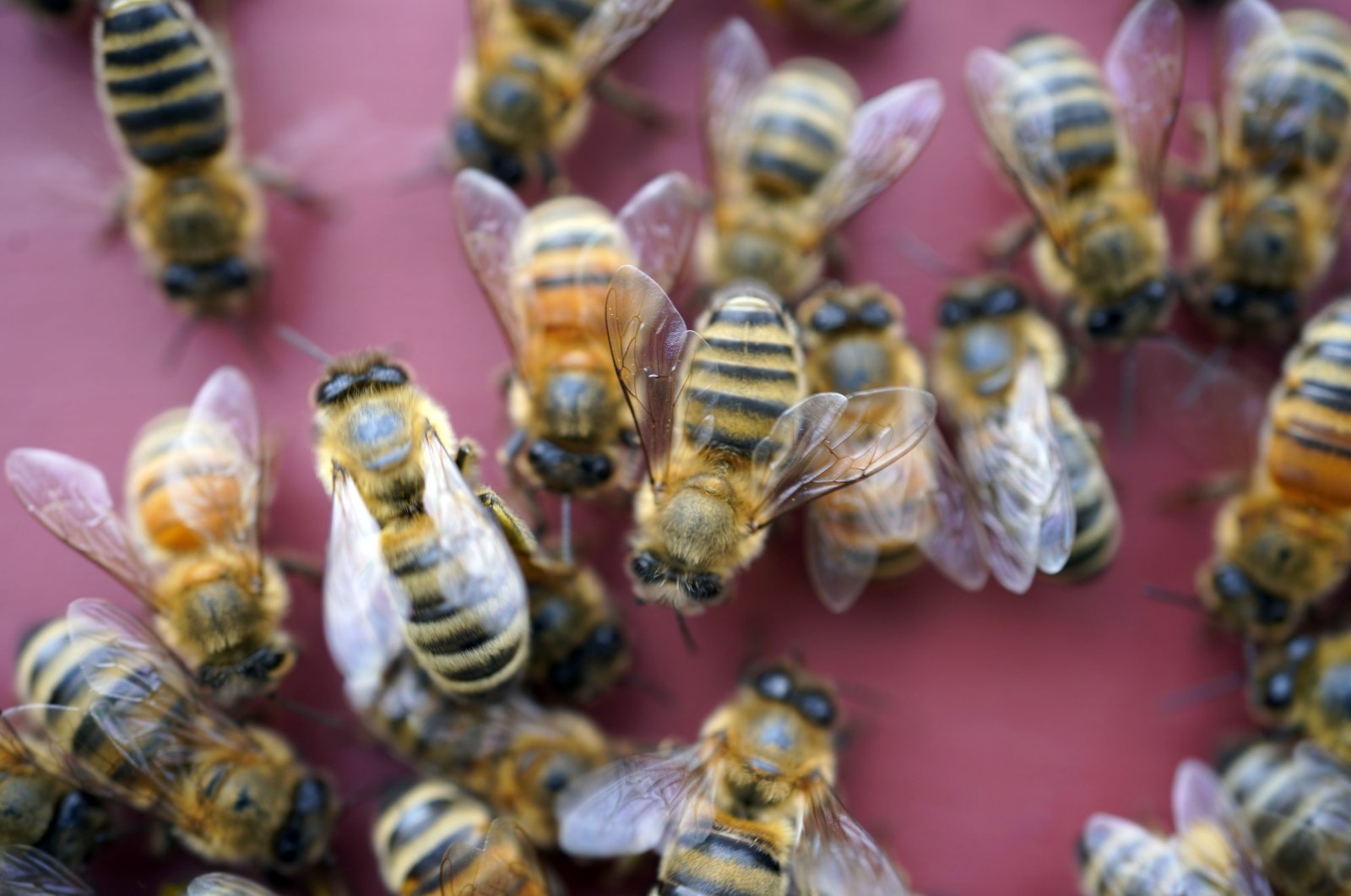 Bees trained by researchers in the Netherlands can identify samples infected with COVID-19, a finding which could cut waiting times for test results to just seconds. Bees already have an unusually keen sense of smell, a feature the researchers made use of.

To train the bees, scientists in the bio-veterinary research laboratory at Wageningen University gave them sugary water as a reward after showing them samples infected with COVID-19. They would get no reward after being shown a non-infected sample.

Having got used to the system, the bees were able to spontaneously extend their tongues to receive a reward when presented with an infected sample, said Wim van der Poel, a professor of virology who took part in the project.

"We collect normal honeybees from a beekeeper and we put the bees in harnesses," he said. "Right after presenting a positive sample we also present them with sugar water. And what the bees do is they extend their proboscis to take the sugar water."

The extending of the bees' straw-like tongues to drink is confirmation of a positive coronavirus test result, according to the researchers.

It can take hours or days to get a COVID-19 test result, but the response from the bees is immediate. The method is also cheap, potentially making it useful for countries where tests are scarce, they said.

But Dirk de Graaf, a professor who studies bees, insects and animal immunology at Ghent University in Belgium, said he did not see the technique replacing more conventional forms of COVID-19 testing in the near future.

"It is a good idea, but I would prefer to carry out tests using the classic diagnostic tools rather than using honeybees for this. I am a huge bee lover, but I would use the bees for other purposes than detecting COVID-19," he said.

The technique of "insect sniffing" was effectively tested by the U.S. Dept. of Defence to detect explosives and toxins in the 1990s, De Graaf said.

Moths, bees and wasps were used "for safety purposes to detect explosives as well as for medical diagnosis," he said.

But too little is known about the Wageningen testing to determine its true effectiveness, he said, although he was open to the idea of bee testing providing an indication of illness when PCR tests were unavailable.