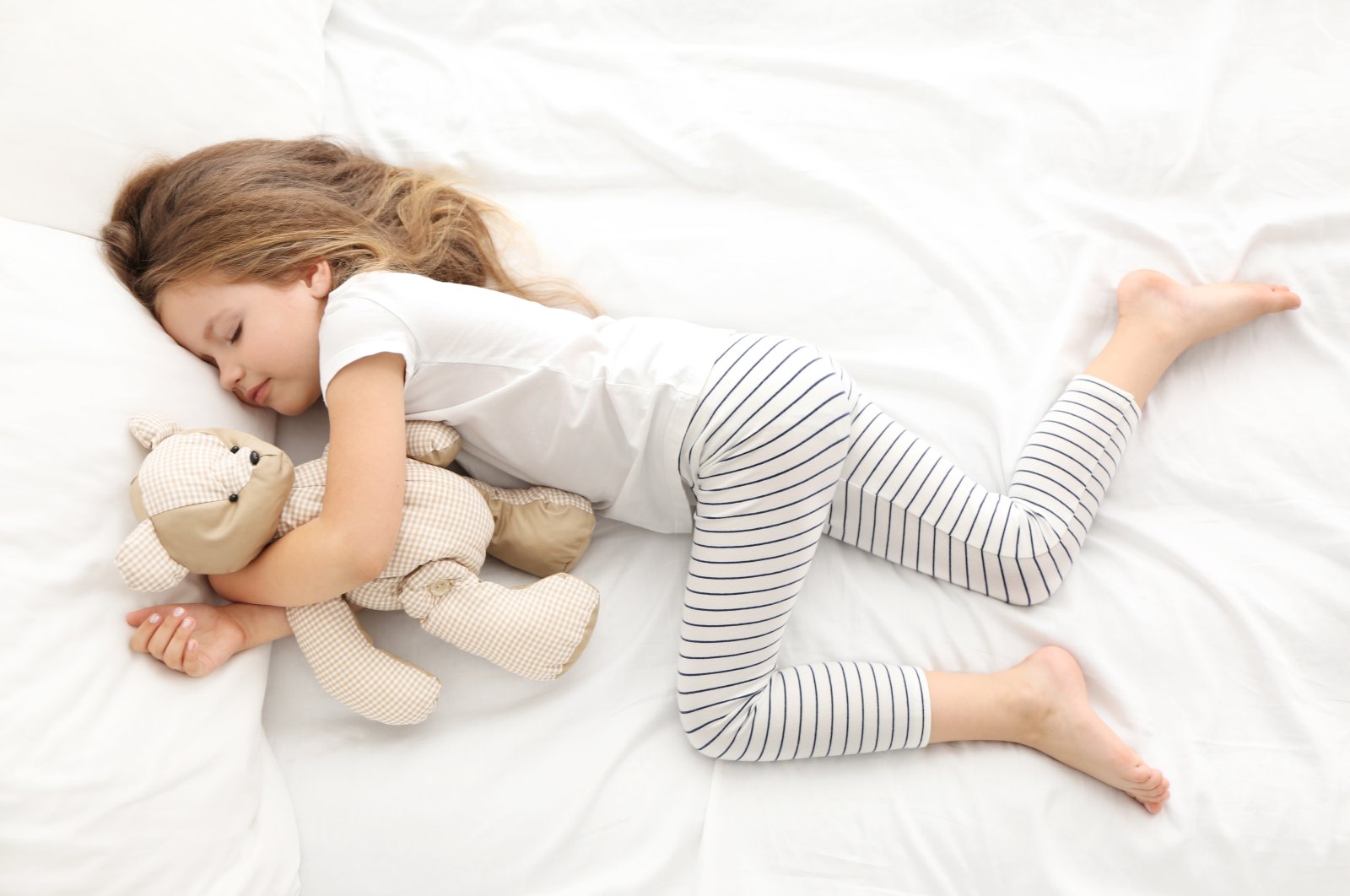 Smartphones, tablets and other portable screens should be banned from children's bedrooms around bedtime. (Shutterstock Photo)
by German Press Agency - DPA Oct 18, 2021 8:51 am

If your child is having trouble falling asleep or is waking up during the night, you might want to try to limit the usage of gadgets before bedtime, experts say

The advantages and disadvantages of using technological goodies in daily life have been argued by many experts for years. As it looks like most of the gadgets seem to be easing our life, the situation sharply changes when the topic comes to sleep.

Electronic media use by children and adolescents generally results in less sleep and in many cases poor sleep as well, Danish researchers reported in a systematic review of previous studies.

The four researchers, from the Danish National Institute of Public Health at the University of Southern Denmark in Copenhagen, included 49 studies conducted between 2009 and 2019 in their review, published in the journal BMC Public Health. The number of children and adolescents in the studies, aged up to 15 years, ranged from 55 to nearly 370,000.

A Germany-based psychologist says the review's findings underscore the importance of keeping electronic media devices out of kids' bedrooms.

Sleep has a major impact on the health and well-being of children and adolescents, write the researchers in the review. It's vital for their development and learning ability, they point out, and insufficient sleep over an extended period can have long-term health effects.

Along with physical and psychological changes in childhood and youth, external factors may cause, or compound, poor sleep, they say. Previous studies have shown that the use of mobile phones, computer tablets and other devices with screens are among those factors.

The researchers say evidence of a link between electronic media use and shorter sleep duration was stronger for children between the ages of 6 and 15 than for children aged 5 and younger. For preschool children, television watching and tablet use were associated with difficulties in falling asleep and shorter sleep.

Older children used a wider range of electronic devices, including video game consoles, mobile phones and computers. For 6 to 12-year-olds, electronic media use was associated with a later bedtime and poor sleep quality. For 13 to 15-year-olds, screen time was linked to problems falling asleep and social media use to poor sleep.

Waking up at night

The researchers also found that bedtime television and mobile phone use, as well as total screen time, were associated with sleep disturbances and awakening at night.

Addressing previous studies showing a link between portable screen-based media device access or use in the bedroom and less sleep, they say their results support the hypothesis that evening exposure to blue light from screens may disturb the normal sleep-wake cycle and suppress the body's release of the "sleep hormone" melatonin.

Other ways media use may interfere with sleep onset and cause sleep problems include "the psychological stimulation from the media content," the researchers write. And for 13 to 15-year-olds, they say their review supports evidence that interactive forms of electronic media, in contrast to television, increases "physiological arousal" that can impact sleep.

Tanja Poulain, a psychologist at the Leipzig Research Centre for Civilization Diseases (LIFE) in Germany, says the Danish review collates findings on the subject of electronic media use by kids and how they sleep. She corroborates a connection between electronic devices in their bedroom and abnormal sleep, especially emphasizing the role of mobile phones.

"Some of the studies cited also explicitly show an association between nighttime use of mobile phones and poor sleep quality. This once again underscores (earlier findings) that these devices in particular, which can be put anywhere and aren't switched off at night, can impair sleep."

In their LIFE Child Study, which was included in the Danish review, Poulain and her colleagues examined the relationship between media consumption and children's sleep. In contrast to many other studies, it was a longitudinal study that looked at the effects of media consumption at various points in time.

Among its findings was that the use of electronic display devices can become a vicious cycle: "We were able to show in our study, for example, that daytime tiredness at the time of the initial survey was a predictor of television consumption a year later," Poulain said.

Children who consumed more media had poorer sleep quality, she explained. And children who slept more poorly and were therefore tired during daytime hours, tended to consume more media.

"Maybe these children were too tired for other activities, such as sport."

It's important that parents be aware of the risks posed by electronic media, Poulain said. "From the very beginning, they should establish clear rules on when such media may be used," she advised, adding that by no means should mobile phones, tablets or other electronic devices be left in children's bedrooms overnight.

She also recommends that these devices, including video game consoles and computers, not be used by children right before bedtime but preferably in the afternoon. "It's better to read to them, especially young children, while older ones can be encouraged to read something themselves or listen to music," she said.

And it's important that parents serve as good role models, Poulain noted. "I know families where the wireless LAN is turned off in the evening as a matter of principle – and everyone is affected."

The Danish authors of the review point out that it included only studies published in English and study populations from Western countries, so their findings may not be applicable to countries with different attitudes toward electronic media use. In addition, the studies were mostly observational ones that didn't allow inferences about cause and effect.