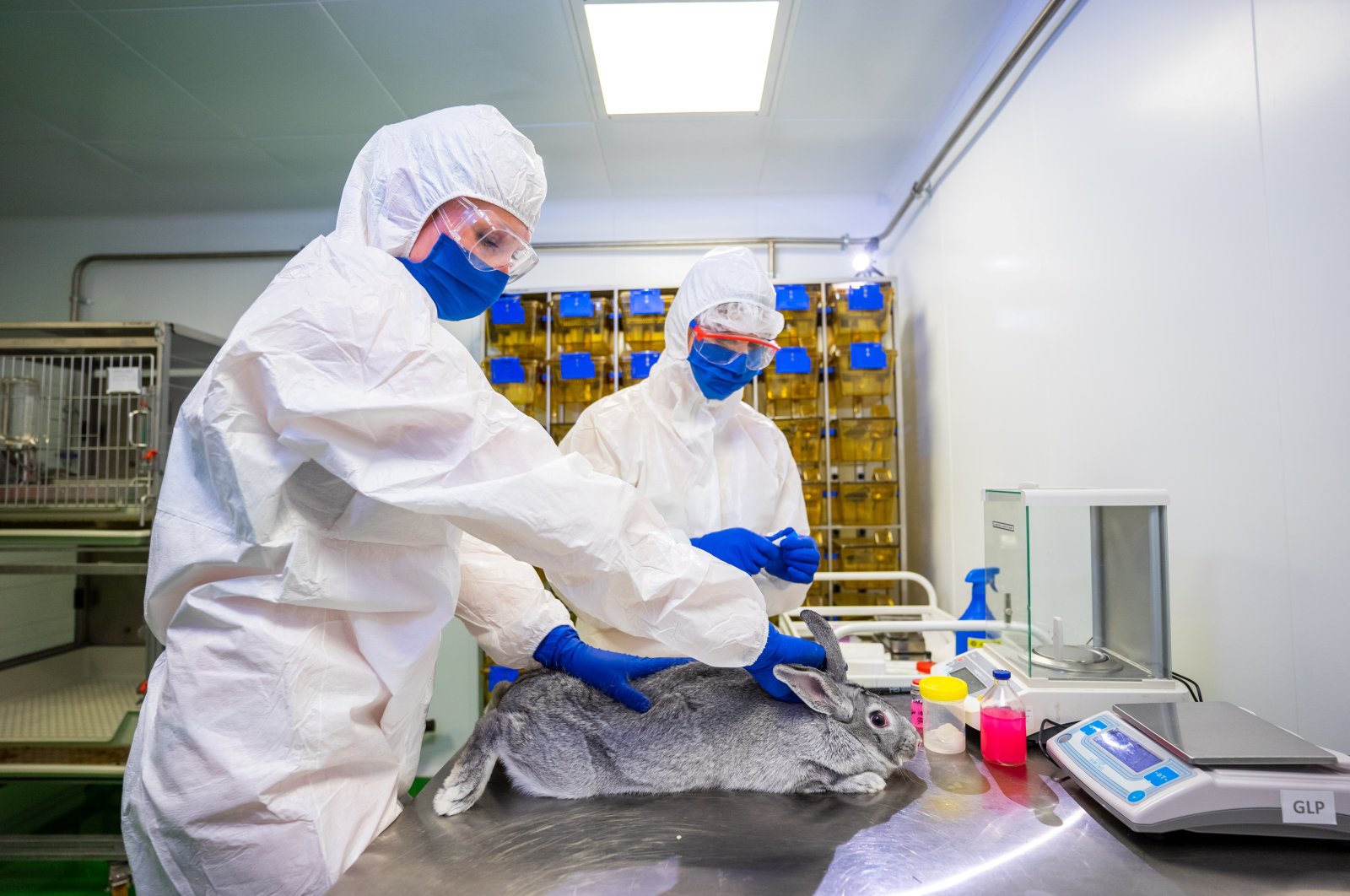 Specialists give an injection to a rabbit at a laboratory of the Federal Center for Animal Health during the development of a vaccine against the coronavirus disease (COVID-19) for animals, Vladimir, Russia, December 9, 2020. (VETANDLIFE.RU/Handout via Reuters)
by REUTERS
Mar 31, 2021 9:29 am

Russia already has three coronavirus vaccines for humans, the most well-known being Sputnik V, and EpiVacCorona and CoviVac, which Moscow has given emergency approval for the latter two.

The vaccine for animals, developed by a unit of Rosselkhoznadzor, was named Carnivak-Cov, the watchdog said.

"The results of the trials allow us to conclude that the vaccine is harmless and highly immunogenic as all the vaccinated animals developed antibodies to the coronavirus in 100% of cases."

"All test animals that were vaccinated developed antibodies to coronavirus in 100 percent of cases," he added.

"It is the world's first and only product for preventing Covid-19 in animals," he said.

Rosselkhoznadzor said the development of its shot would help prevent mutations in animals and cited Denmark's decision to cull 15 million mink last year after some were found to be carrying a mutated virus variant.

"The use of the vaccine, according to Russian scientists, can prevent the development of virus mutations," the statement said.

Immunity lasts for six months after vaccination, but the shot's developers are continuing to analyze this, the watchdog said.

Mass production of the vaccine could start as early as April, Rosselkhoznadzor added.

The agency added that animal-breeding facilities and private companies from countries including Greece, Poland, Austria, the United States, Canada and Singapore had expressed interest in Carnivak-Cov.

Military officials in Russia's second city Saint Petersburg announced earlier this week that army dogs would undergo mandatory vaccination before being deployed at airports and participating in nationwide World War II commemorations in May.