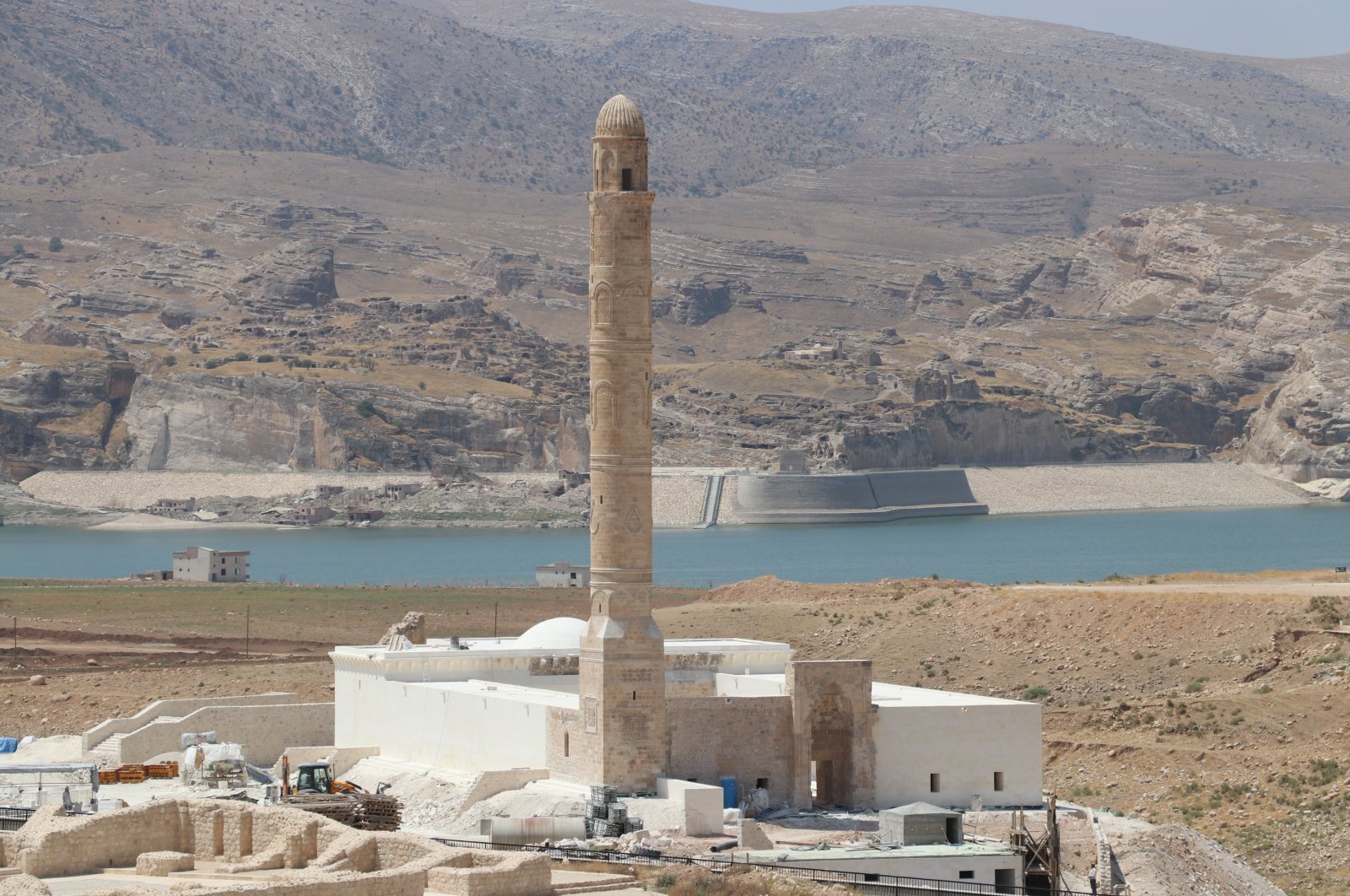 Er Rızk Mosque is among the historical artifacts being relocated from the Hasankeyf district of southeastern Turkey’s Batman. (AA Photo)
by DAILY SABAH
Aug 02, 2021 3:42 pm

The 612-year-old Er Rızk Mosque, located in the Hasankeyf district of southeastern Turkey’s Batman and built during the reign of the Ayyubids, is being renovated due to its relocation. The historical mosque was removed from its original location because of the construction of the Ilısu Dam and hydroelectric power station.

Er Rızk Mosque was built in 1409 by the Ayyubid king of Hasankeyf, Ebu’l Mefahir Süleyman. The restoration process is underway and is expected to finish soon, said Abdülvahap Kusen, mayor of Hasankeyf Municipality.

Noting that the Er Rızk Mosque is among the historical artifacts being relocated, Kusen said that the 612-year-old mosque brings together the old with the new.

"The restoration work is at its final stage, additional extensions on the mosque have been made. The minaret has been assembled (and) landscape work continues," Kusen said.

Stating that the work on the mosque is almost done, Kusen said that Friday prayers will take place as they did in the past.

"The calligraphy and epitaph engraved on the minaret wall are very precious. One of the most important features of the mosque is that its minaret has twin stairs. Two people can go up the minaret’s twin stairs and don’t see each other until they meet at the top," Kusen said, describing the minaret of Er Rızk Mosque as a masterpiece.