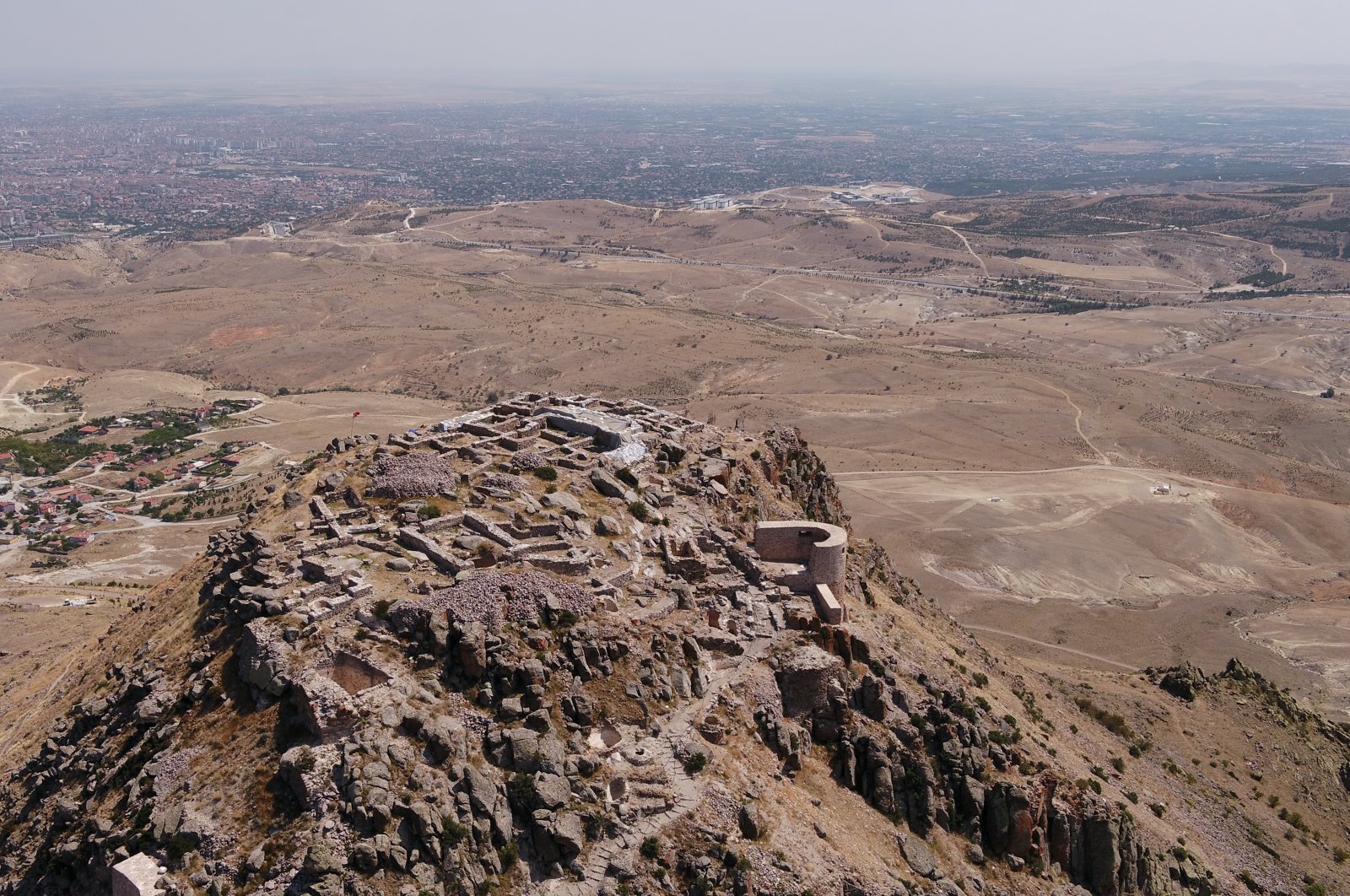 The ancient gate of a castle used by several civilizations over thousands of years was unearthed in central Turkey's Konya, lead archaeologists say, estimating the structure is around 800 years old.

Excavators found one of the gates of Gevale Castle, located on Mount Takkeli in the central province of Konya, inside the area of ​​the bulwarks, said Ahmet Çaycı, who heads the art history department at Necmettin Erbakan University in Konya and consults on the ongoing excavations.

“According to the available evidence, we have stated that the building dates back to the Hittites, one of the most ancient Anatolian civilizations," Çaycı told Anadolu Agency.

“The bulwarks and castle ruins can be said to contain signs of the Roman and Hellenistic eras,” he added.

Çaycı noted that the gate most probably dates back to the Seljuk era, referring to a Turkish state before the Ottomans.

“There must have been another door here before. We got samples in pieces,” he added. “We’re trying to complete them.”

Çaycı said that excavations on the 1,720-meter (5,643-foot) mountain continue in their ninth year, and important findings emerged from digs at Gevale Castle, which carries the traces of thousands of years of civilizations, from the Hellenistic, Roman, Byzantine, Seljuk, Karamanoğulları and Ottoman eras.

The excavations are being carried out by the Konya Museum Directorate, Selcuklu Municipality and Necmettin Erbakan University.

Noting that the gate was discovered between the two bulwarks on the castle’s east-facing slope is the main entrance, Çaycı said: “We’ll try to find the second gate as well.”

“Here we came across more service areas,” he said. “Kitchen, cellar and storage structures are lined up around. It goes up gradually. The findings exceeded our expectations.”

Noting that restoration work on the unearthed architectural structures is ongoing, Çaycı said that the bulwarks will be restored based on the original structures.

“Approvals have been obtained from the relevant bodies and we’re currently in the implementation phase,” he said.

“Soon these bulwarks will be visible from central Konya.”