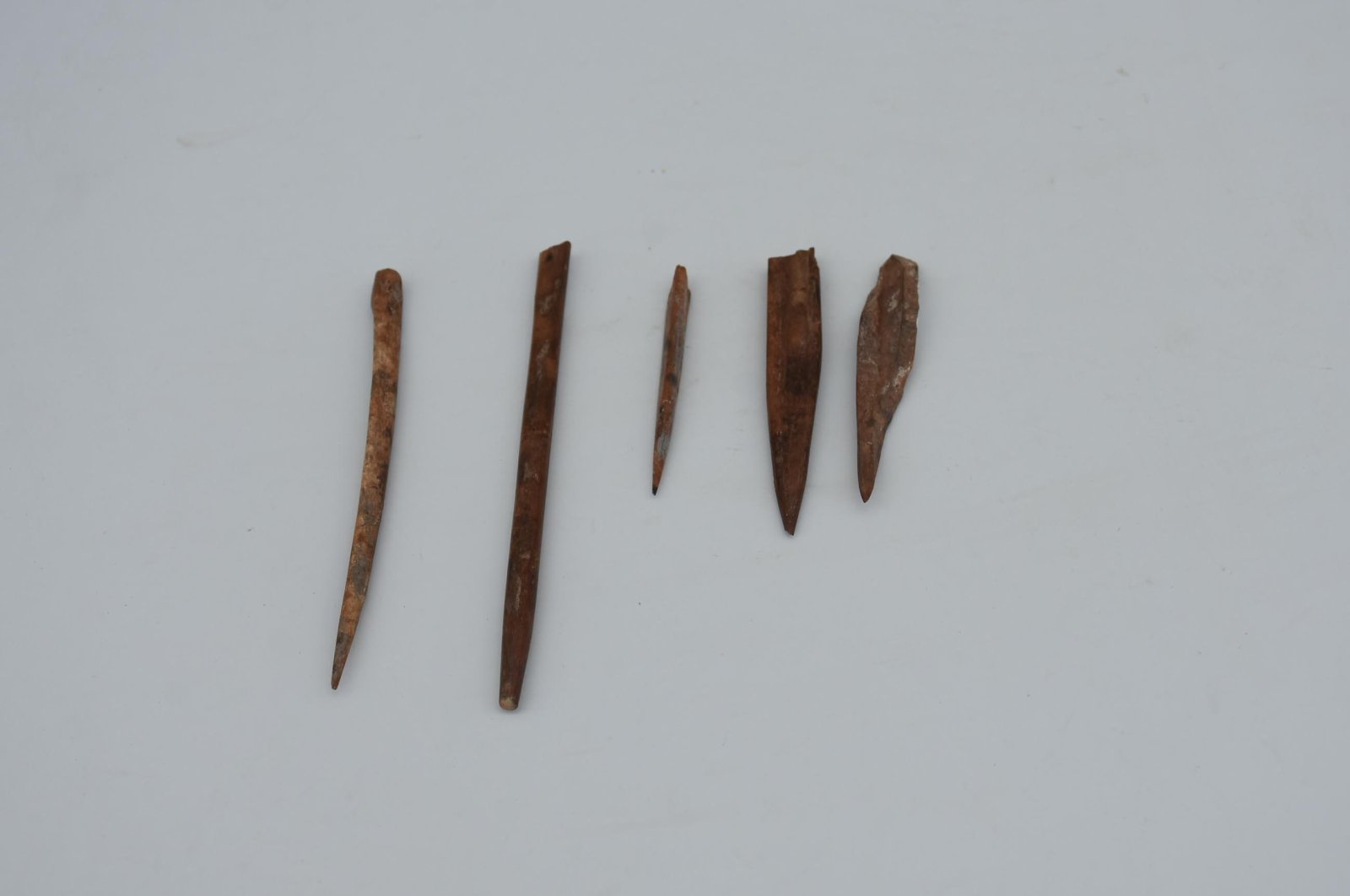 Ancient bone needles estimated to be 8,200 years old have been unearthed during excavations conducted in the Yeşilova and Yassıtepe mounds of western Turkey's Izmir.

In the ongoing works at the mounds, where the first people of Izmir lived, nine different ancient villages dating back to 8,500 years were discovered in a row. In the villages, the remains of breams, poisonous stingrays, sea urchins, oysters and mussels revealed that ancient people were consuming sea food in the past, just like today's locals.

The 2022 excavation season has been continuing in the Yeşilova and Yassıtepe mounds for a while with the support of the Ministry of Culture and Tourism, Izmir Metropolitan Municipality, Bornova Municipality and Ege University. The first finds of this year's excavations were stone cutting tools used in meat cutting, wood chipping and furniture processing from 8,200 years ago. And the latest findings were the needles made from animal bones and thought to be used by women in weaving.

Emphasizing that the Yeşilova and Yassıtepe mounds are settlement areas where very important findings about Izmir's Aegean history are found, Excavation Head associate professor Zafer Derin of Ege University Faculty of Letters Archeology Department said, "This is a residential area where the history of Izmir can be traced. As the area is very large, our teams sustain their work in two sections on an area of ​​1,200 square meters (12,916.69 square feet). We have unearthed various artifacts dating back 8,200, 6,000, 5,000 and 2,000 years to date."

Providing information about the needles, Derin added: "The needles belong to ancient women. They are not made of metal like today as the ancient people do not know about this mineral in the past. They are made of bone, and mostly bird and small cattle bones were used to produce them.

"Ancient people straighten and sharpen the bones and then turn them into needles. If necessary, they can be used as a buckle or as a jewelry on the collar."