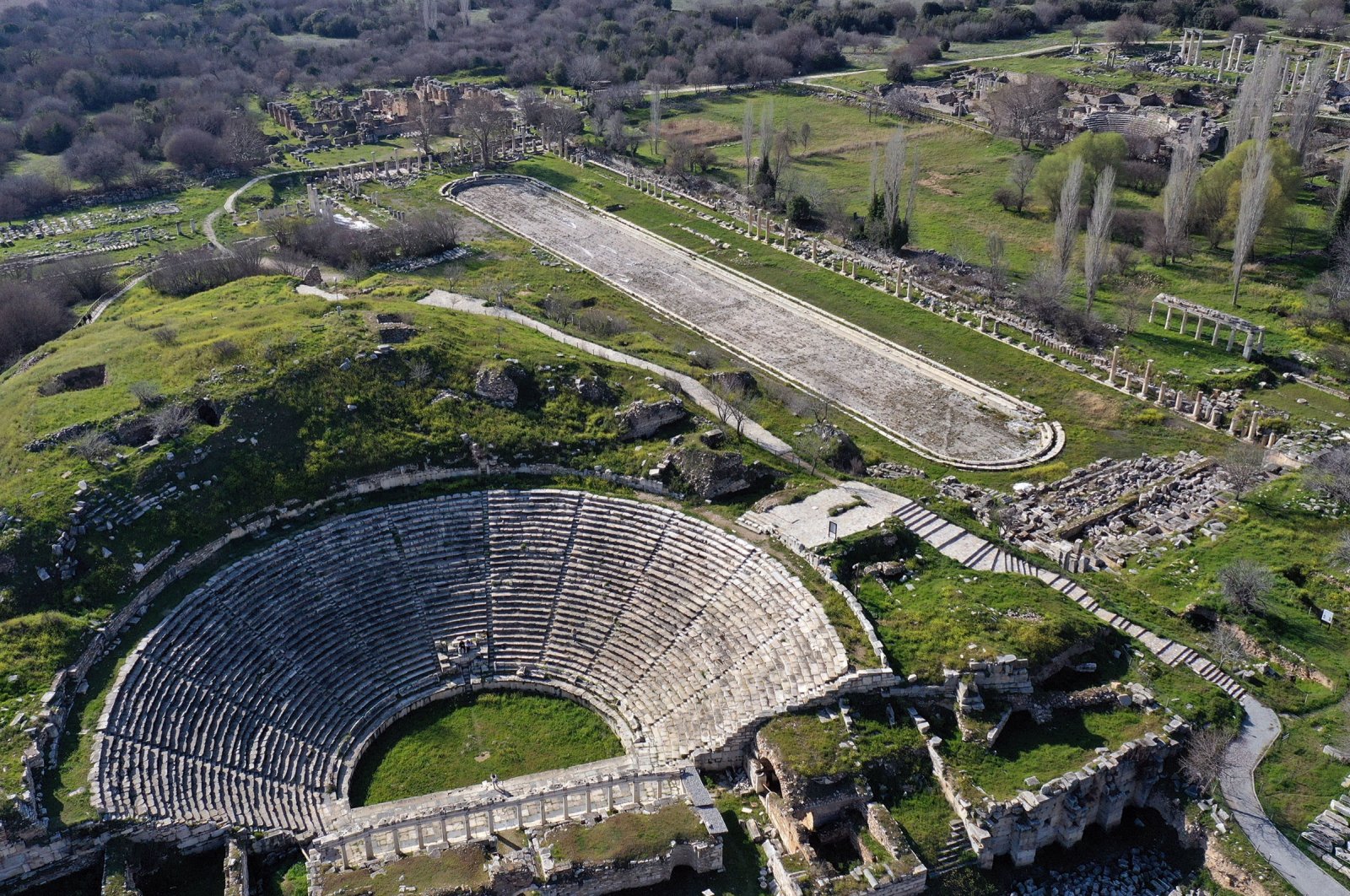 The ancient city of Aphrodisias in Turkey’s western Aydın province continues to attract both local and foreign visitors despite the pandemic.

However, the first three months of 2021 have proven to be promising as at least 10,000 tourists visited the ancient city since the beginning of the year.

Provincial Culture and Tourism Director Umut Tuncer told Anadolu Agency (AA) that there was a decrease in visitors over the pandemic period but they are pleased to see an increase in numbers over the January-March period.

“This year we have already exceeded 10,000 visitors. I believe that we will reach the pre-epidemic figures at the end of the year. The season has started, we expect intense interest,” he added.

Aphrodisias, the city of Aphrodite, is located in the village of Geyre, just a two-hour drive from the world-famous Ephesus. Nestled in the fertile valley formed by the Morsynus River in the ancient region of Caria, Aphrodisias was once the meeting ground of not only merchants, like many of the still-standing Greek towns in Anatolia, but also of lovers – star-crossed or not.

Aphrodisias thrived from the second century B.C. until the sixth century B.C. The city of love was built near a marble quarry and once glistened under the Mediterranean sun thanks to its marble facade. The city was built and named by the Greeks but was later taken over by the Romans who dedicated the city to the goddess of love. Subsequently, pilgrims flocked to the city to pay homage to the fairest goddess of them all.

As it was founded near a marble quarry, many sculptures were carved in Aphrodisias that adorned Greek and Roman cities for centuries. After the fourth century A.D., marble busts and statues of emperors, governors and philosophers chiseled by Aphrodisian sculptors were in major demand in major centers of the Roman Empire. This made the city not only a hub for pilgrims but for artists too.

When Christianity spread throughout the region, the city did not lose its importance. Christians transformed the city into a center for a different kind of love – a chaster one. However, when the pilgrims stopped coming to the site, the city went into decline. In the seventh century A.D., a huge earthquake shook the city to the ground, and Aphrodisias was never able to recover again.