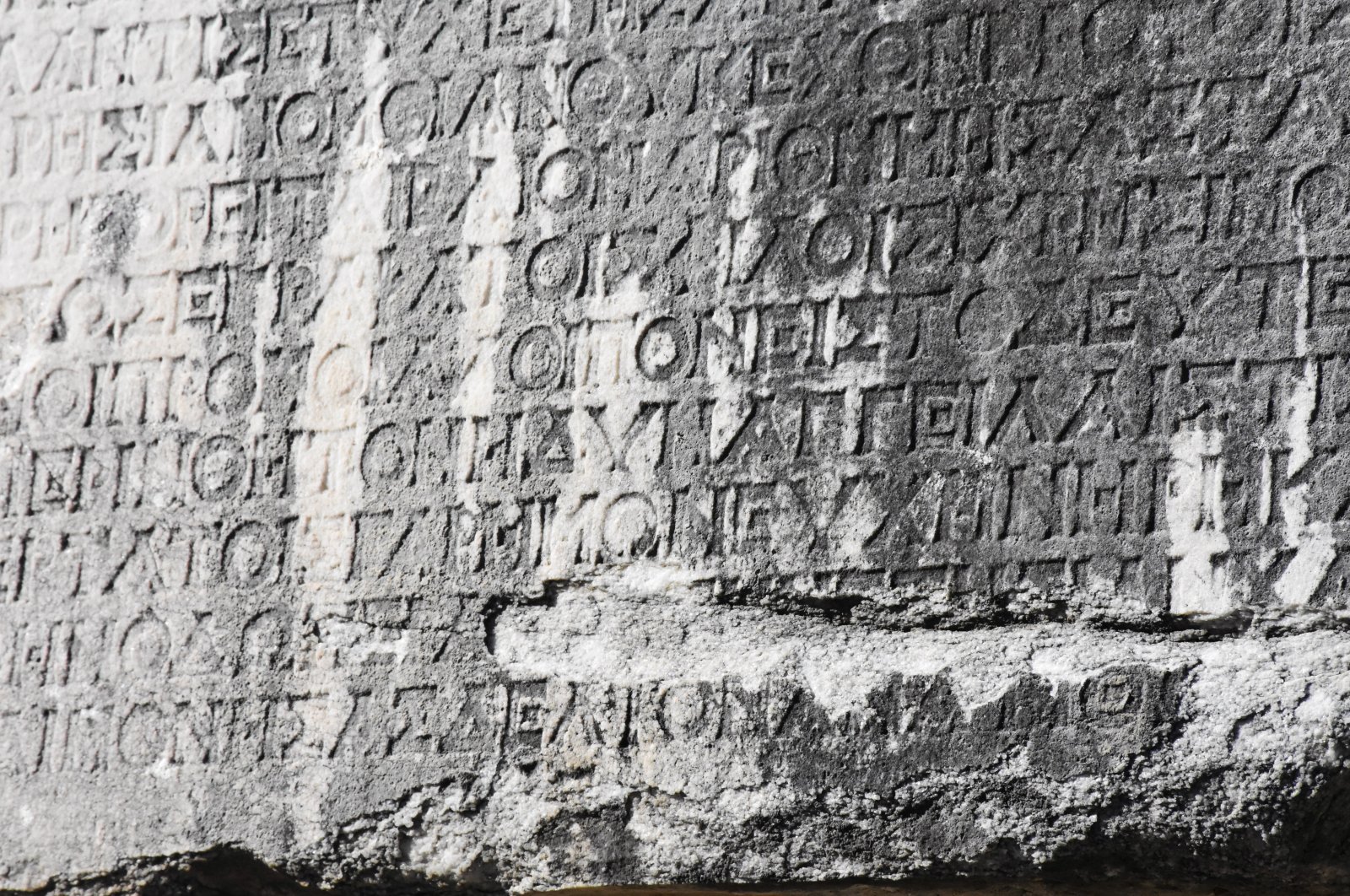 The largest marble city in the world, located in Turkey’s western Muğla province, demands attention with its large inscriptions featuring the traces of different civilizations on the wall of the 2,000-year-old city council hall, also known as a bouleuterion.

The ancient city of Stratonikeia, located 7 kilometers (4.35 miles) west of the district of Yatağan in the province of Muğla, was added to the UNESCO World Heritage Temporary List in 2015.

Home to many historical civilizations, the ancient city was influenced by the Hellenistic, Roman, Byzantine and Anatolian beyliks (principalities) periods, while it continued to play an important role during the Ottoman and Republican eras.

He noted that one of the inscriptions in Greek that dates back to the Hellenistic period is a calendar.

He explained that the calendar was made by Manippos, a native of Stratonikeia and that it was used to mark the days over the 12 months of the year in 1505, adding that: "If we were using this calendar, we would have been around 3500s.”

The Latin inscriptions, meanwhile, show what goods were sold in Stratonikeia in the Roman period and their price ceiling about 1720 years ago.

“To keep inflation under control, a price ceiling list was regulated,” Söğüt said.

Noting that the list including more than 200 products is an indicator that the society at the time was attempting to tackle inflation, he added: "In fact, the system in which producers and consumers were supported at that time is directly mentioned here.”

“This inscription is also very important for us in terms of the large area it covers. We preserve the most beautiful example of the inscription in Anatolia, which covers an area of approximately 23 square meters (248 square feet). The whole inscription stands on the walls of the city council hall,” he told.

He emphasized that careful works were carried out to unearth these inscriptions.

Last year, archaeologists uncovered 10 rock carvings of mythological masks in Stratonikeia, taking the total number of masks discovered in the ancient city to 43.

Stratonikeia has witnessed many extensive archaeological excavations and restorative efforts to date. The latest project on a 1,550-year-old Byzantine church and its marble floors stands out as one of the most eye-catching restoration projects of the ancient city in recent times.