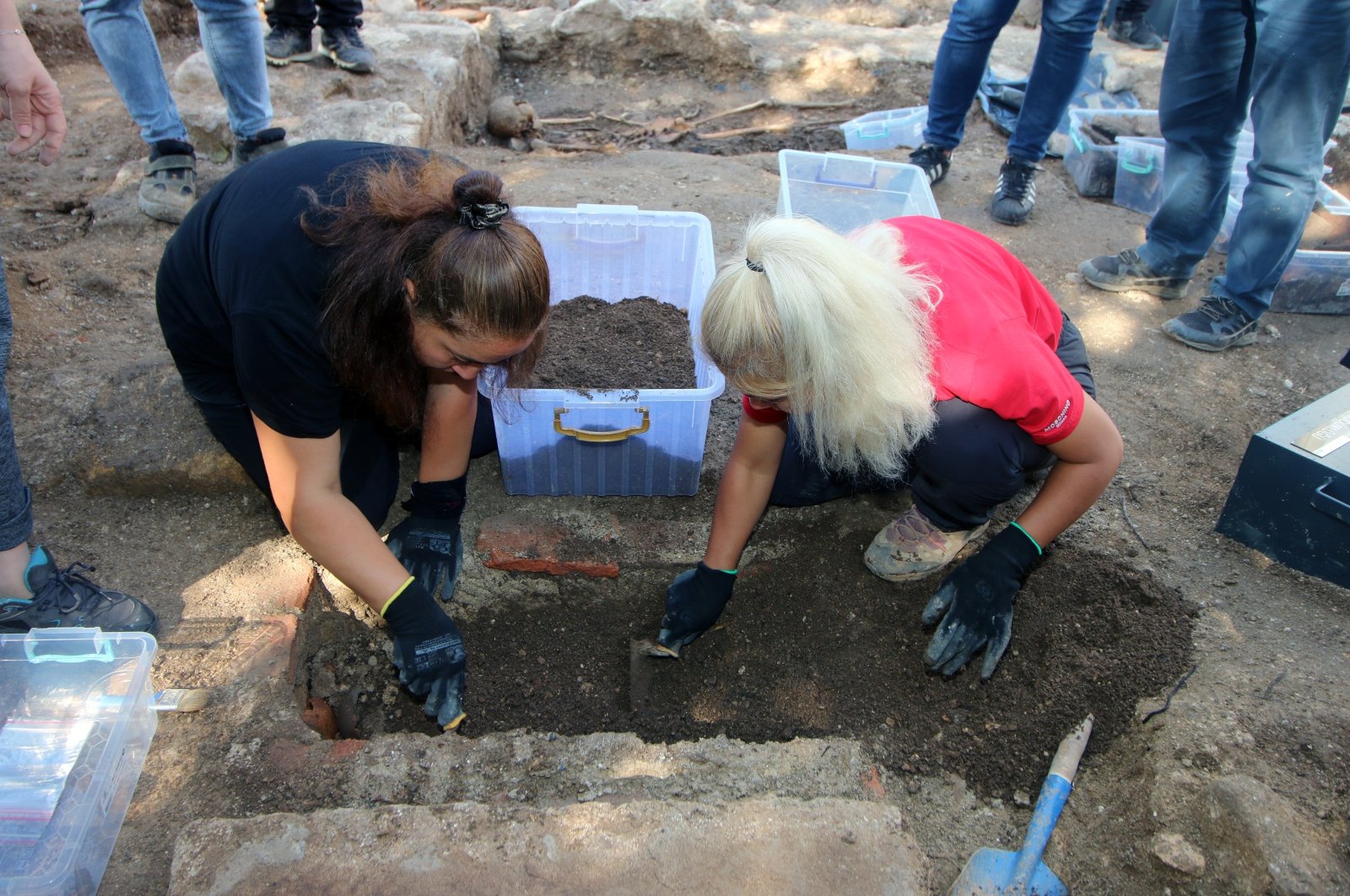 Human, animal remains and jewelry made of various materials were discovered during excavations. (DHA Photo)
by anadolu agency Dec 27, 2021 10:20 am

Historical tombs and artifacts, including an ancient silver ring, thought to date back to the fourth century were unearthed in Turkey's northern Ordu province, officials announced on Friday.

The tombs were uncovered during roadway expansion efforts in the Kurtuluş district of Ordu, a province on Turkey's Black Sea coast, with teams from the local museums directorate launching excavations for the artifacts' urgent recovery.

Officials added that many human and animal remains were found in the tombs, along with pieces of jewelry made of gold, sardine stone, silver, glass and bronze. The findings included a silver ring with red agate stone, on which the figure of the god Hermes is engraved.

Pieces of a glass bottle and beads were also found in one of the tombs, they said.

The findings were taken to the Ordu Museum Directorate.