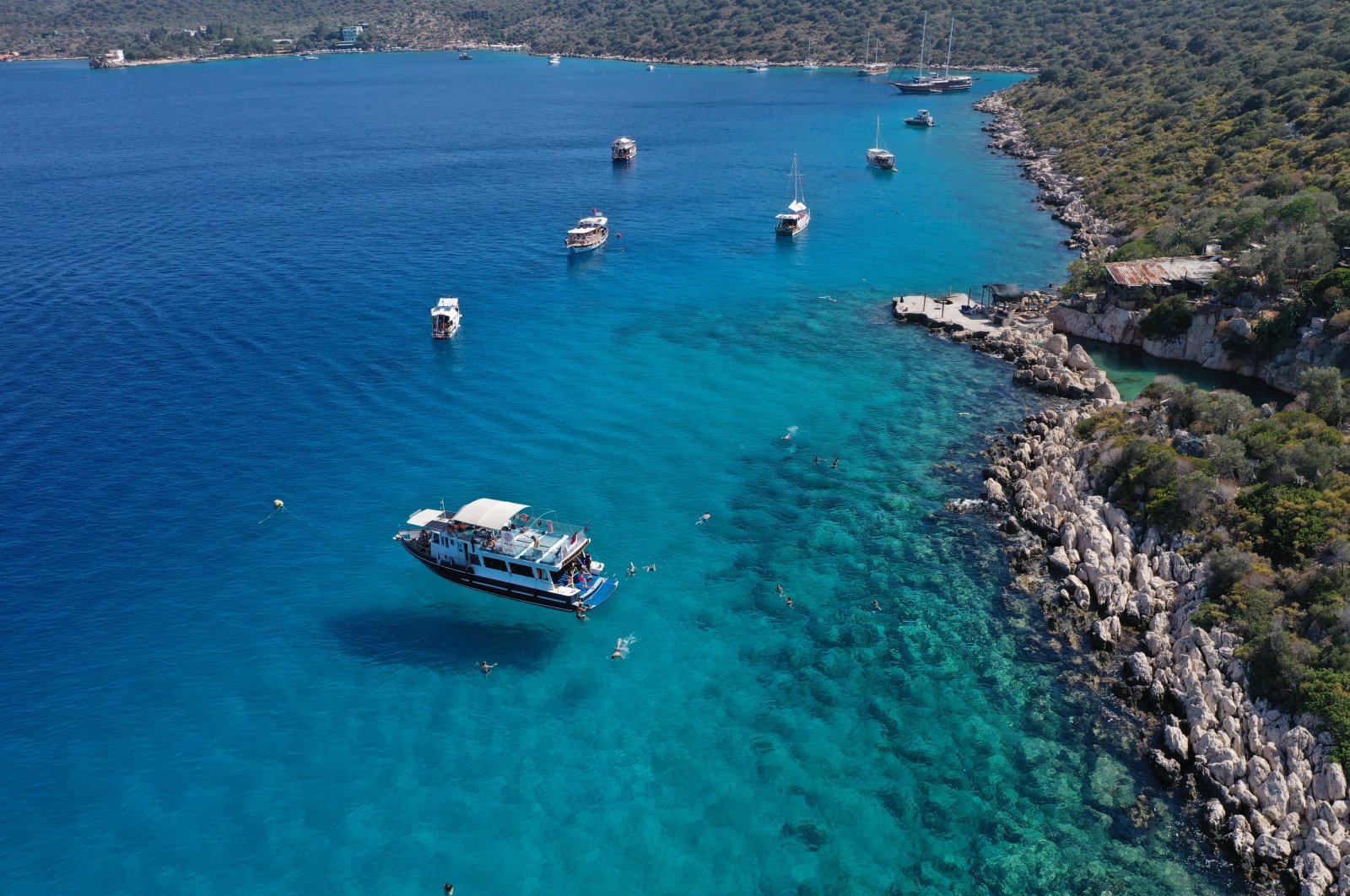 Replicas of ancient Lycian artifacts will be exhibited at Antalya's art park. (AA Photo)
by Anadolu Agency Sep 24, 2021 10:33 am
RECOMMENDED

The Lycia-Kaş Underwater Art Park in the Kaş district of Turkey’s Antalya will open an exhibition of replicas of ancient artifacts from the Lycian civilization.

Some 658 lost and forgotten Lycian artifacts that will be presented to visitors to the art park, which will cover an area of ​​approximately 10 decares under the sea, were carefully lowered into the water by divers.

Among the works to be exhibited underwater are the ancient columns of Patara Street, Poseidon and his horses, the Chimera and the legend of Bellerophon, and the Nereid Monument of the ancient city of Xanthos.

As part of the project carried out since 2016 in coordination with Kaş municipality, the district governorship, the West Mediterranean Development Agency and the Chamber of Shipping, the replicas of the historical artifacts, which were determined as a result of scientific research, were made from water-resistant materials.

Moreover, underwater photographer Şükrü Gürsoy conducted 25 dives and stayed under the water for over 30 hours to photograph the moments while the replicas of the artifacts were being placed in the water.

While the divers from the diving schools in the district were placing Lycia’s lost artifacts in the water, District Governor Şaban Arda Yazıcı and Mayor Mutlu Ulutaş donned their diving suits to accompany them.

Speaking to Anadolu Agency (AA), Yazıcı said the works were selected from the lost heritage of Lycia smuggled from the region and during the manufacturing process of the replicas, Lycian mythology was also utilized using scientific methods.

Noting that the project gives huge importance to the aquatic ecosystem, Yazıcı said the opinions of scientists who are experts in the subject were taken into account, so the artifacts were made from materials that do not cause pollution or contaminate the water.

He added that the project aims to increase the number of dives from 80,000 to 300,000 per year and to expand tourism activities to 12 months.

"It is aimed to create an area where visitors who come to the region with tour boats can observe them without diving. The artifacts lowered into the Limanagzi region will offer a pleasant cruise to visitors,” he added.