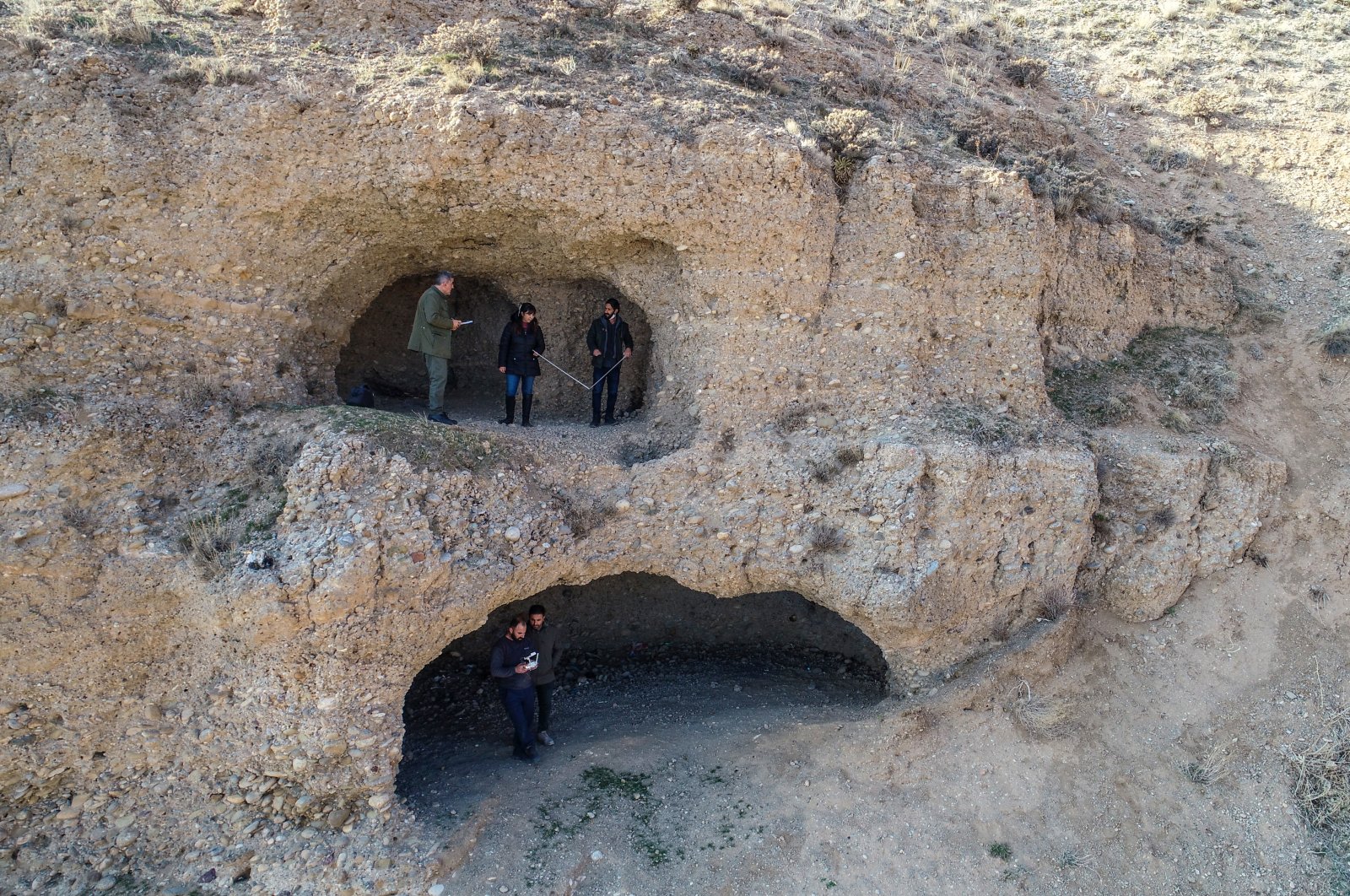 Remains of pots, pans discovered in a three-room area carved into the bedrock in an area overlooking the Van lake. (AA Photo)
by Anadolu Agency Dec 20, 2021 9:33 am
RECOMMENDED

A three-room area believed to be a living space carved into a bedrock dating back to the Middle Ages, approximately fifth to the late 15th centuries period, was discovered in Turkey's eastern Van province.

Excavation works, led by archeology professor Rafet Çavuşoğlu from Van Yüzüncü Yıl University, are ongoing at the historical sites in the city center of the Tusba district in Van province.

Digging is carried out in a mountainous area at an altitude of 1,800 meters (5,905 feet), opposing Carpanak Island in Citroen that is 30 kilometers (19 miles) from the Tusba district.

Tuşba, also known as Thusba, was the capital of the Urartian kingdom in the 9th century B.C.

Earlier, ruins of a castle dating 2,800 years ago were discovered during an excavation project in a nearby area.

Pieces of pottery were found in the living area with a length of 6 meters (20 feet) and a diameter of 3 meters (10 feet) carved into the bedrock, which was determined not to be registered in the inventory of cultural assets.

"We understand from the pottery and potsherds that this was a settlement used in the Middle Ages. One of the most important features of this place is that it is located at a very dominant point," Çavuşoğlu told Anadolu Agency (AA).

He said the space was established strategically and oversaw historical trade routes.

"The ancient road route passed by the edge of Lake Van,” he said. “This place is located at a point where you can see all these routes. The eastern part of the settlement has been destroyed. It was arranged on two floors. This feature is used in both the early and Middle Ages."