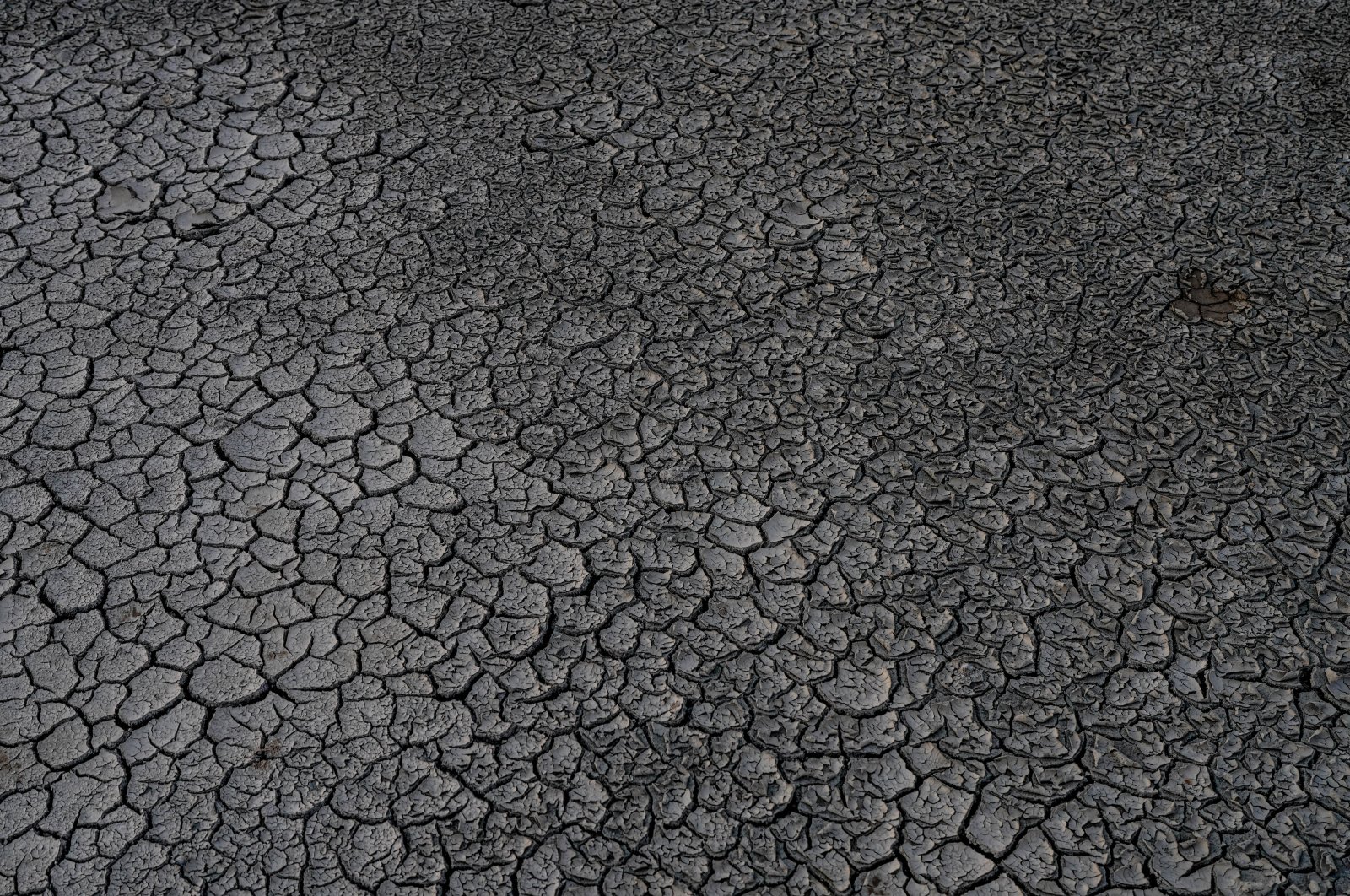 Lake Van in eastern Turkey, the country's largest lake, is gradually losing its water due to climate change, leaving parched land in its wake

For first-time visitors, the cracked land surrounding Lake Van may seem like a natural geographic feature. However, it is actually the latest sign of a nationwide drought worsened by the climate crisis. A wider basin that includes Turkey's largest lake and other water resources around it is suffering amid a severe drought nowadays. With the declining rate of precipitation and evaporation aggravated by higher temperatures, a retreat in the water levels is visible. In some spots, water levels dropped by 3 meters (nearly 10 feet) and elsewhere, an area as large as 10 square kilometers (nearly 4 square miles) is depleted of water.

Microbialites, sedimentary deposits formed over thousands of years, are the clearest indicators of the scope of the disaster. These ancient rocks, previously seen only by divers at the bottom of the lake, prominently protrude on dry land, allowing photographers a spectacular opportunity and fuelling concerns about the future of the lake. Satellite photos of the saline soda lake fed by small streams descending from nearby mountains clearly show the changes over the years, while experts warn that the drought is a grave issue for the wider basin now.

Professor Mustafa Akkuş, of Van Yüzüncü Yıl University's Faculty of Fisheries, warned that the drought's impact on the lake will only worsen. "We need proper water management to preserve and save both Van and other lakes doomed to drought. We need a correct and sustainable water policy," he stressed.

Though surrounded by seas, Turkey suffers from water stress, and authorities are working on plans to address the woes. Akkuş said Lake Van is more fragile compared to other bodies of water. "All lakes and rivers across the country suffered from a decline in water levels tied to lack of precipitation. Lake Van is located in a closed basin, with no outlet of water to other areas," he noted. "There is a dynamic balance here. The only water input to Van is through precipitation, and water output is through evaporation. In recent years, the summer season has become longer and the winters are shorter. Therefore, evaporation is higher," he added, pointing out that for "each unit" of water the lake gained, it lost around "three units" of water.

Climate change may be the main culprit, but it is not the factor, Akkuş added. "We don't have a healthy water policy. Certainly, you cannot intervene in drought and eliminate it in a short time but a sustainable water policy will help us to recover from this process with the least damage."

Experts link the overwhelming impact of drought to ineffective irrigation methods that waste water. Turkey strives to promote newer methods to save the resource, like drip irrigation. Akkuş says water levels were dropping year by year as the number of cultivated fields around the lake increased. "We have to give up cultivating crops that require a high amount of water for growth. Every field set up on the banks of streams serves as a drainer of water. We have water scarcity, yet, we continue growing crops requiring water and most of them are irrigated with sprinklers, wasting water. The uncontrolled irrigation methods should be abandoned. We have to view each drop of water as valuable as gold and shape our policies on this basis," he said. Akkuş also called for measures to prevent the waste of rainwater.

"The drought has four stages, and they are meteorological, hydrological, agricultural and socioeconomic drought. We experienced the first three, and it will be followed by the last one. As a matter of fact, we see the impact of socioeconomic drought already, in terms of farmers' losses. With the ongoing drought, the farmers will not be able to earn much from their crops. Failure to adopt sustainable water management will also mean job losses for thousands working in agriculture and this will inevitably lead to bigger problems," he warned.