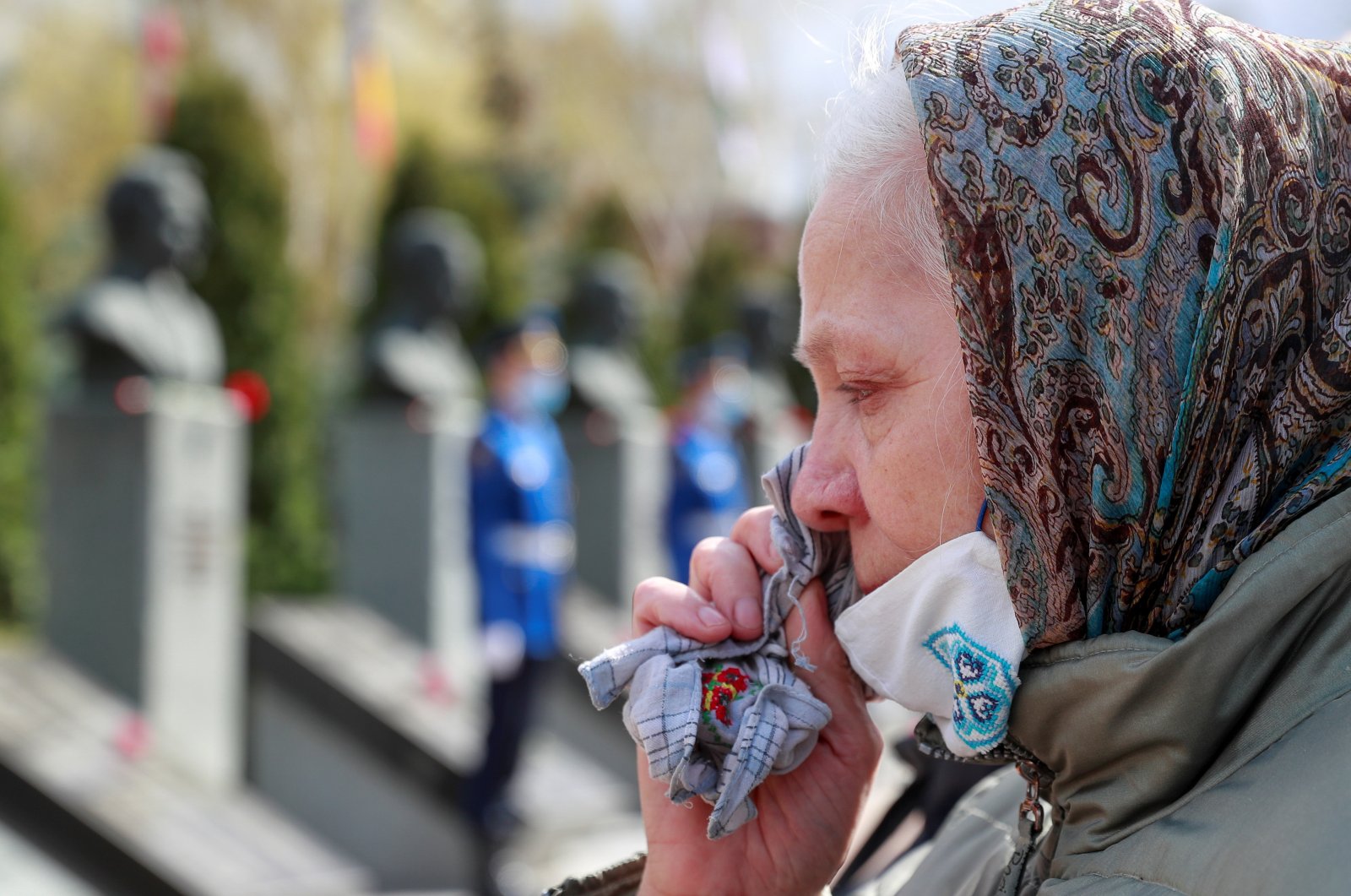 A woman sheds a tear during a commemoration ceremony marking the 35th anniversary of the Chernobyl disaster at a memorial to firefighters and workers, who died following the explosion of a reactor at the Chernobyl Nuclear Power Plant, in Kyiv, Ukraine, April 26, 2021. (Reuters Photo)
by French Press Agency - AFP Apr 26, 2021 12:15 pm
RECOMMENDED

As Ukrainians commemorated the 35th anniversary of the Chernobyl disaster Monday, President Volodymyr Zelenskiy was due to visit the exclusion zone and address the nation.

The exclusion zone is a 30-kilometer (20-mile) radius around the nuclear power plant that was evacuated in the aftermath of an explosion and was deemed unsafe for humans to live for thousands of years.

Ahead of his arrival, dozens of people gathered in the nearby ghost town of Pripyat and held an overnight vigil with candles in memory of those who lost their lives in the accident.

The deaths of some 30 people were directly linked to the explosion in the fourth reactor at Chernobyl during a safety test on April 26, 1986.

But thousands more are feared to have died in the years that followed from radiation poisoning across Ukraine as well as its northern neighbor Belarus and Russia to the east.

The exact number of victims remains a subject of intense debate because the Soviet authorities kept most of the information about the disaster hidden.

Hundreds of thousands of people were evacuated from the area around the disaster site, and the exclusion zone has now become a ghostly uninhabited region.

About 600,000 emergency workers and state employees who became known as "liquidators" were dispatched with little or no protective gear to help clean up the aftermath of the disaster.

A 2005 United Nations report estimated that up to 4,000 people could eventually perish from the invisible poison in Ukraine, Russia and Belarus.

The Greenpeace environmental group issued its own study the following year estimating that 100,000 people had already lost their lives as a result of the accident.

In November 2016, a massive metal dome was erected over the remains of the reactor – paid for with 2.1 billion euros ($2.5 billion) in international funding – to stop future leaks and ensure the safety of Europeans for generations.

Ukrainian authorities say the area may not be fit for humans for 24,000 years, but the site has been attracting more tourists in recent years and Kyiv wants to make it a UNESCO World Heritage Site.

Surging flora and fauna have taken over deserted tower blocks, shops and official buildings, as the area turned into a giant reserve unprecedented in Europe in size.