More than 3 decades later, Chernobyl a place of tragedy and hope 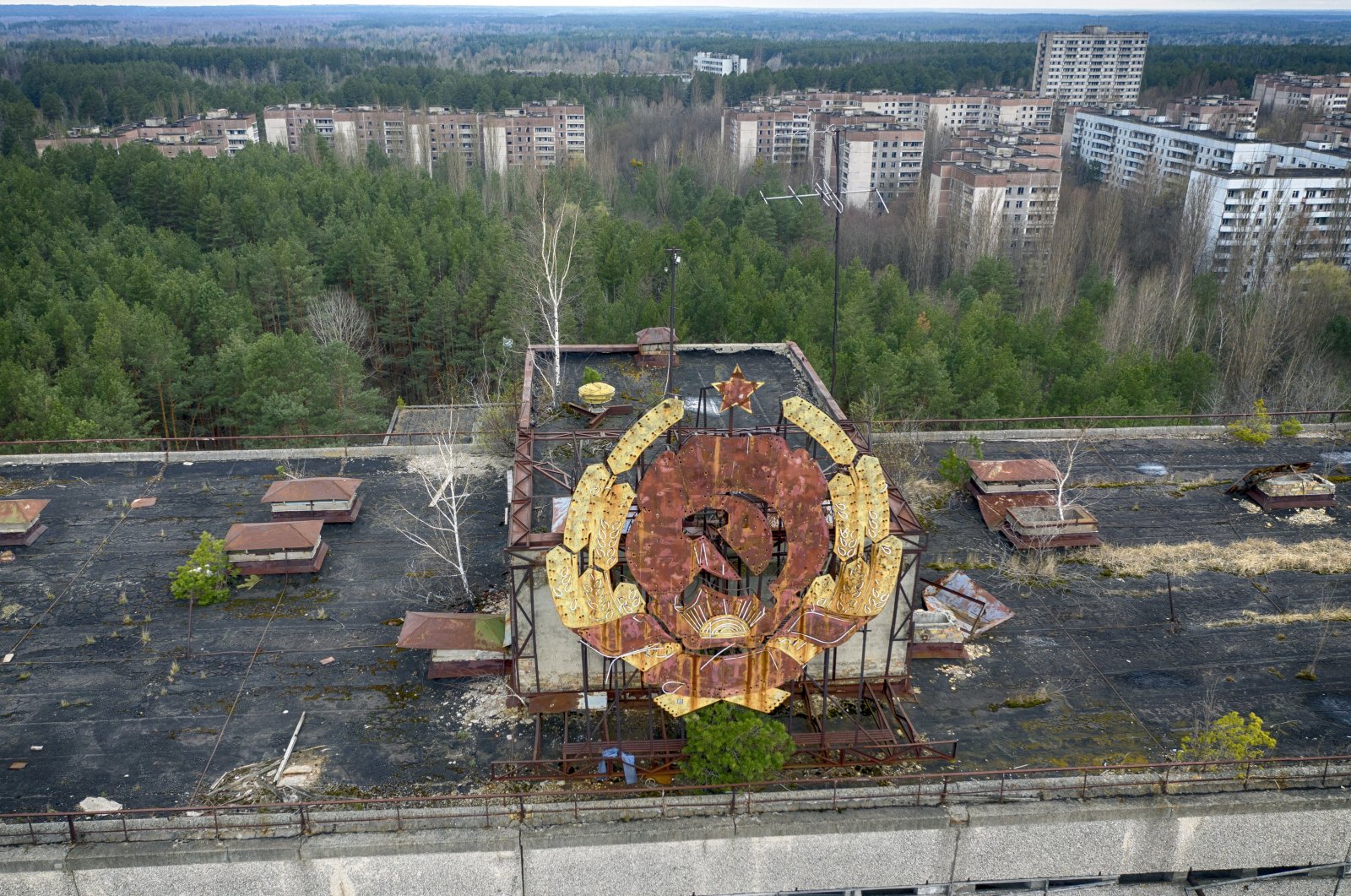 Thirty-five years have passed since the disastrous explosion affected the lives of millions. While its lasting effects remain unclear, it has become an inspiration for revival

More than three decades have passed since the disastrous explosion at a nuclear power plant reactor in Ukraine's Chernobyl Exclusion Zone; yet the memory and its effect on people's lives still continue today.

Reactor No. 4 at the power plant 110 kilometers (65 miles) north of the capital Kyiv exploded and caught fire late on the night of April 26, 1986, shattering the building and spewing radioactive material into the sky.

Soviet authorities made the catastrophe even worse by failing to tell the public what had happened – although the nearby plant workers' town of Pripyat was evacuated the next day, the 2 million residents of Kyiv weren't informed despite the fallout danger. The world learned of the disaster only after heightened radiation was detected in Sweden.

Eventually, more than 100,000 people were evacuated from the vicinity and a 2,600-square-kilometer (1,000-square-mile) exclusion zone was established where the only activity was workers disposing of waste and tending to a hastily built sarcophagus covering the reactor.

Radiation continued to leak from the reactor building until 2019, when the entire building was covered by an enormous arch-shaped shelter. As robots inside the shelter began dismantling the reactor, officials felt new optimism about the zone.

"This is a place of tragedy and memory, but it is also a place where you can see how a person can overcome the consequences of a global catastrophe," said Bohdan Borukhovskyi, Ukraine's deputy environment minister.

"We want a new narrative to appear – it was not a zone of exclusion, but a zone of development and revival," he said.

For him, that narrative includes encouraging tourism.

"Our tourism is unique. It is not a classic concept of tourism,” he said. "This is an area of ​​meditation and reflection, an area where you can see the impact of human error, but you can also see the human heroism that corrects it.”

The Chernobyl zone saw its tourism increase twofold after the lauded television miniseries of 2019, and officials hope that level of interest will continue, or grow, once the global pandemic has receded.

One of the prime draws for tourists is to see the ruins of Pripyat, the once-modern town of 50,000 now being taken over by decay and vegetation. Work is underway to build paths to make it easier for visitors to navigate the ruins.

The Chernobyl plant is out of service, but there is still much work to be done at the decommissioned plant. Borukhovskyi said all four of its reactors are to be dismantled only by 2064.

Ukraine also has decided to use the deserted zone as the site for its centralized storage facility for the spent fuel from the country's four remaining nuclear power plants, and that is to open this year. Until recently, the fuel was disposed of in Russia.

Storing the spent fuel at home will save the country an estimated $200 million a year.

"We are doing everything possible so that this territory, where it is now impossible for people to live, is used with benefit and gives the country a profit,” said Serhiy Kostyuk, head of the agency that manages the exclusion zone.

Although the radiation level in the zone is low enough that tourists can visit and workers can carry out their jobs, permanent residence is banned. However, more than 100 people still live in the zone that extends 30 kilometers (18 miles) around the nuclear power plant, despite orders to leave the site.

Among them is 85-year-old former teacher Yevgeny Markevich, who said, "It’s a great happiness to live at home, but it’s sad that it’s not as it used to be."

Today, he grows potatoes and cucumbers on his garden plot, which he takes for tests "in order to partially protect myself.”

Long-term effects on human health remain the subject of intense scientific debate. Immediately after the accident, 30 plant workers and firefighters died from acute radiation sickness. Later, thousands of people died from radiation-related illnesses such as cancer.

To the surprise of many who expected the area might be a dead zone for centuries, wildlife is thriving: Bears, bison, wolves, lynx, wild horses and dozens of bird species live in the people-free territory.

According to scientists, the animals were much more resistant to radiation than expected and were able to quickly adapt to strong radiation. Ukrainian scientists are researching this phenomenon together with colleagues from Japan and Germany.

"This is a gigantic territory ... in which we keep a chronicle of nature,” said biologist Denis Vishnevskiy, 43, who has been observing nature in the reserve for the past 20 years. "The exclusion zone is not a curse but our resource ”

The Ukrainian authorities are calling for the exclusion zone to be included in the UNESCO World Heritage List, since the object is a unique place "of interest to all mankind.” The Ministry of Culture of Ukraine has already taken steps to recognize the zone as a monument, which will attract more funding and tourists.

"Chernobyl should not become a wild playground for adventure hunters,” said Ukrainian Culture Minister Oleksandr Tkachenko. "People should leave the exclusion zone with the awareness of the historical memory of this place and its importance for all mankind.”

In the spirit of preserving the memories, some enthusiasts have created the Chornobyl App, which includes declassified documents about the disaster and allows users to explore augmented-reality view of the zone and structures.

"Sixty percent of Ukrainians do not know the date of the accident and we decided that there should be a resource where a lot of verified information is collected,” said Valeriy Korshunov, one of the free app's developers.