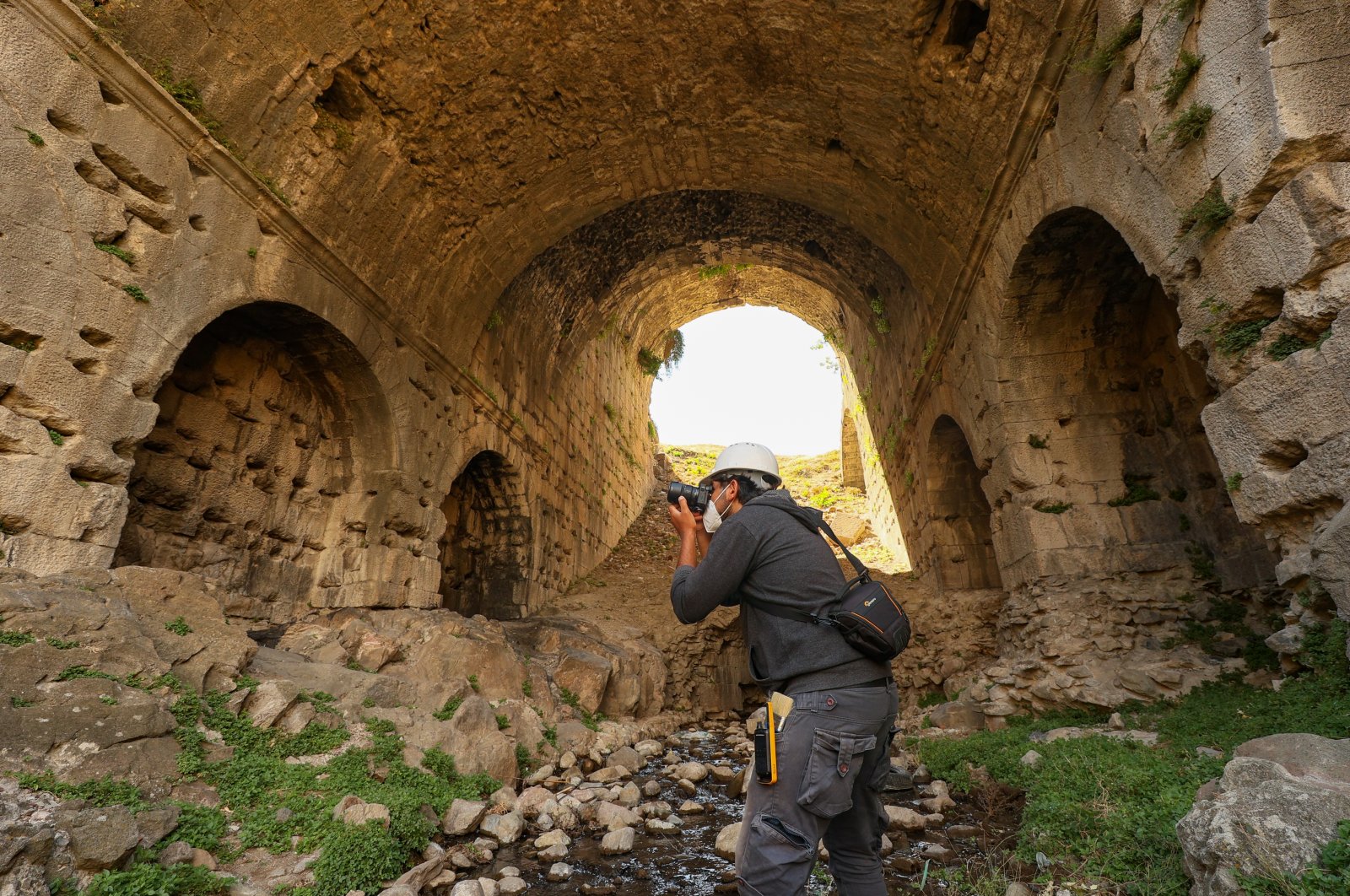 Archaeologists discovered private seating areas with names engraved on them during excavation at a 1,800-year-old amphitheater in the ancient city of Pergamon in Turkey’s western Izmir province.

Excavations have been ongoing at the Pergamon amphitheater – an attraction in the world of archaeology due to its resemblance to Rome’s iconic Colosseum – since 2018.

The new findings were made during the research part of the TransPergMicro project being carried out by the German Archeological Institute and Berlin Technical University’s Institute of Architecture, under the auspices of Turkey’s Culture and Tourism Ministry.

The amphitheater is known to have hosted gladiator and animal fights in the 2nd century, as well as being a site for executions and re-enactments of naval battles.

The VIP areas found now are similar to the modern-day box seats in sports stadiums and entertainment venues.

Built during the Roman era, the Pergamon amphitheater had a very large arena to give it an edge over other ancient cities in the region such as Ephesus and Smyrna, Felix Pirson, director of the German Archaeological Institute, told Anadolu Agency (AA).

“They wanted to build a replica of the Colosseum here, which was frequented by all segments of society. But people from the upper class or important families had private seats in special sections with their names engraved on them,” he said.

“Another detail that caught our attention was that Latin names were written in Greek letters. We believe that some people from Italy had a special place in the Pergamon amphitheater.”

Pirson said the new findings will be exhibited at the Bergama Museum in Izmir, adding that excavation work in the region will conclude this year.

While efforts are still underway to determine the exact size and number, researchers believe the capacity could be at least 25,000 and go up to 50,000.