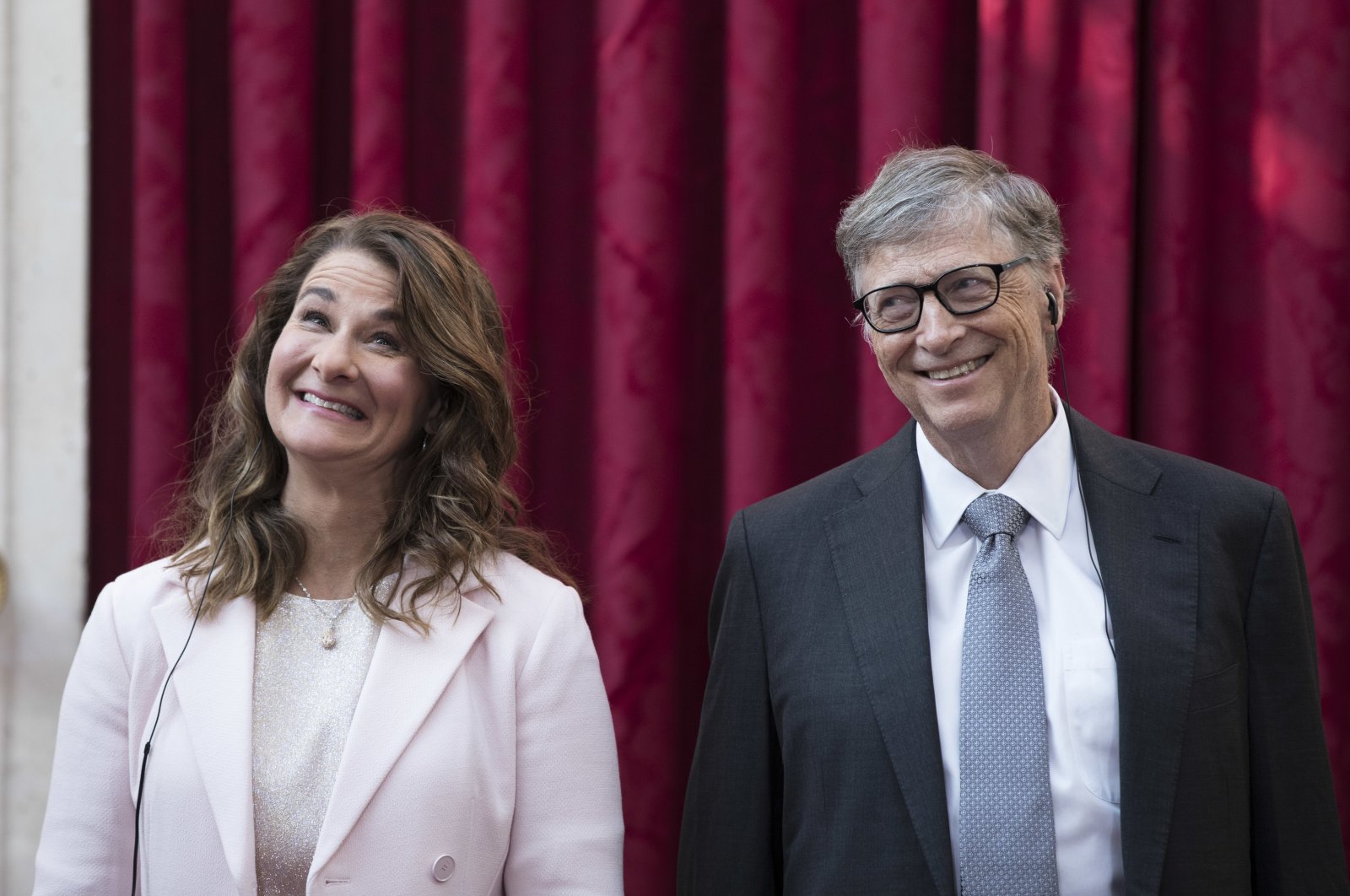 In this April 21, 2017, file photo, philanthropist and co-founder of Microsoft, Bill Gates (R), and his now ex-wife Melinda react, prior to being awarded the Legion of Honour at the Elysee Palace in Paris. (AP Photo)
by REUTERS Aug 03, 2021 10:39 am

Three months after they first announced their split, Bill Gates and Melinda French Gates finalized their divorce on Monday, a court document showed.

The couple, who are cofounders of one of the world’s largest private charitable foundations, filed for divorce on May 3 after 27 years of marriage, but pledged to continue their philanthropic work together. The Gateses said at the time that they had reached an agreement on how to divide their marital assets.

No details of that agreement were disclosed in the final divorce order filed on Monday in King County Superior Court in Seattle.

The court did not issue money, property or spousal support judgments in the divorce. It said the couple must comply with the terms of the separation contract that was not filed in King County Superior Court.

The Seattle-based Bill & Melinda Gates Foundation has become one of the most powerful and influential forces in global public health, spending more than $50 billion over the past two decades to bring a business approach to combating poverty and disease.

The Gateses have backed widely praised programs in malaria and polio eradication, child nutrition and vaccines. The foundation last year committed some $1.75 billion to COVID-19 relief.