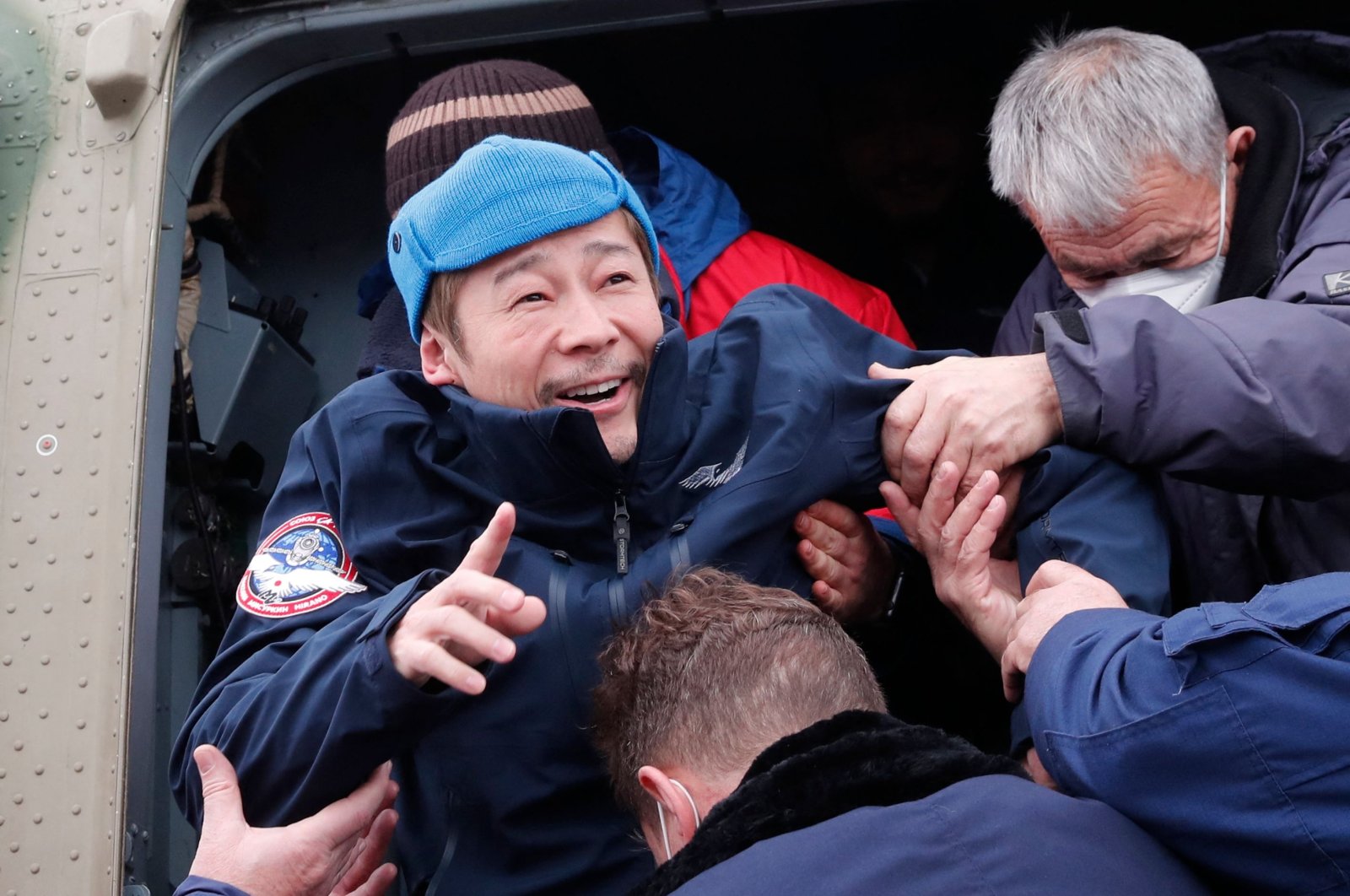 Japanese billionaire Yusaku Maezawa is helped to disembark from a helicopter as he arrives at Zhezkazgan airport after returning from the International Space Station (ISS) on the Soyuz MS-20 space capsule, in Zhezkazgan, Kazakhstan, Dec. 20, 2021. (AFP Photo)
by French Press Agency - AFP Dec 22, 2021 6:31 pm
RECOMMENDED

A chance for a new perspective: Japanese billionaire Yusaku Maezawa urged the world's elite Wednesday to visit space after his own voyage to the International Space Station (ISS).

Together with assistant Yozo Hirano and cosmonaut Alexander Misurkin, Maezawa spent 12 days aboard the ISS, where they made videos documenting daily life in space for his 1 million YouTube subscribers.

"I would like as many people as possible – and as many people with power and influence – to visit space," Maezawa said at a post-flight press conference on Wednesday.

"They will see Earth differently and treat it completely differently," he added.

The trio blasted off earlier this month in a Soyuz spacecraft operated by Russia's space agency Roscosmos.

They returned on Monday and are undergoing a reconditioning period as they get used to being back in gravity.

Maezawa, 46, said 12 days was not enough time on the ISS because it takes some time to adapt to the environment.

"The perfect length for this kind of flight would be 20 days. I think 30 would be too much for me," the online fashion tycoon said, donning a cosmonaut tracksuit and a blue hat.

The billionaire's next dream is to take eight people with him on a 2023 mission around the moon, operated by Elon Musk's SpaceX.

Maezawa and Hirano are the first private Japanese citizens to visit space since journalist Toyohiro Akiyama traveled to the Mir station in 1990.

Their return from space caps a banner year that many have seen as a turning point for private space travel.

Billionaires Musk, Jeff Bezos and Richard Branson all made breakthrough commercial tourism flights this year, bursting into a market Russia hopes to dominate.

Some observers have criticized Branson and Bezos for investing billions in space projects that are more about entertainment rather than science.