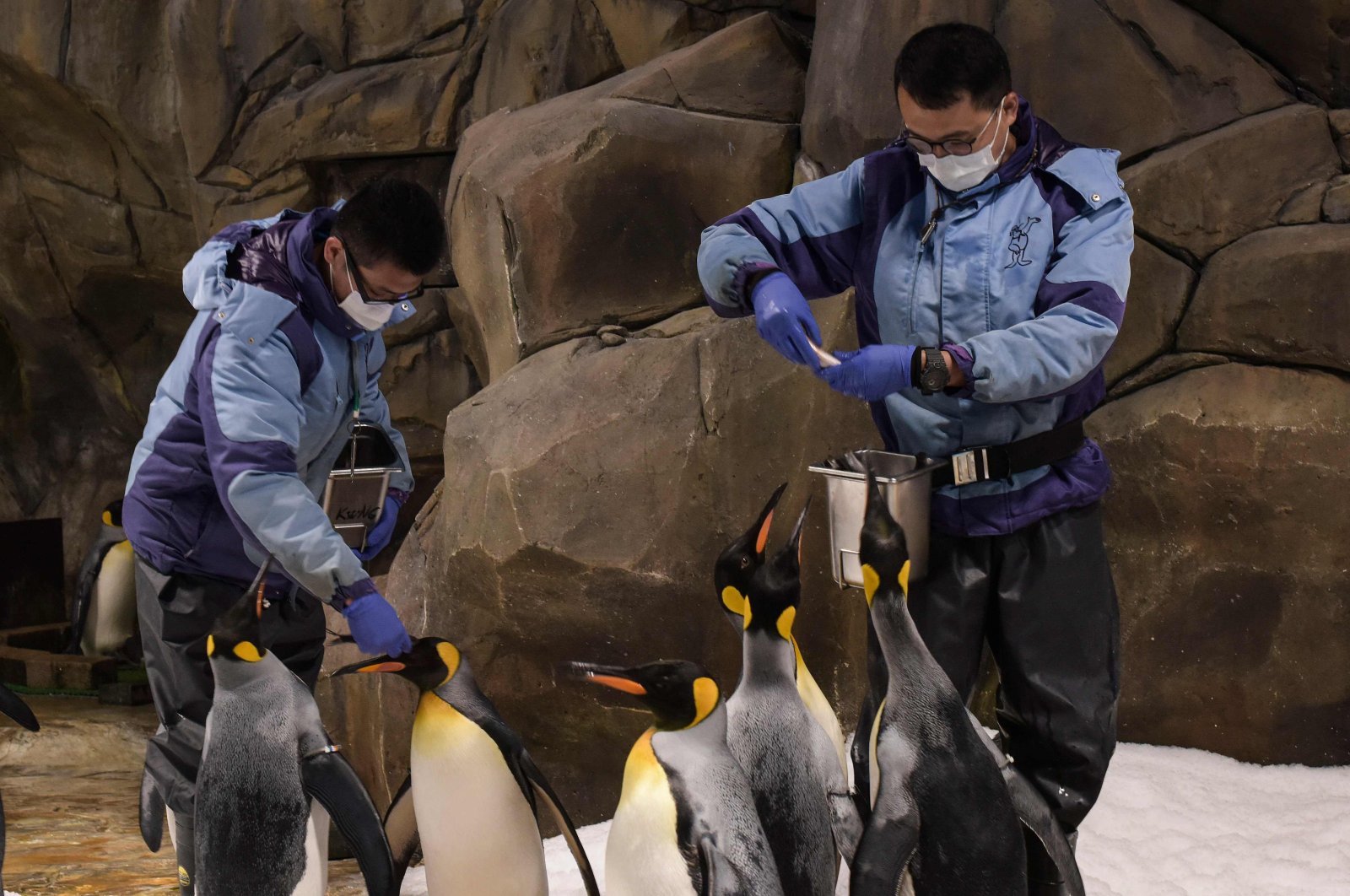 Save for an absence of gawping crowds, life for the penguins of Hong Kong's Ocean Park has been much the same during the coronavirus pandemic – but their carers have worked long shifts to keep the monochrome troupe healthy.

Piles of fresh snow have been laid out as some 100 penguins excitedly gather for the mid-morning feeding session.

Usually, this daily ritual at the South Pole Spectacular would be a major draw. But the park is still shut because of the coronavirus outbreak.

"If the guests are here, certainly they would be more interactive with the guests through the window, but without guests, we can do... more enrichment sessions with the penguins," explained Frank Chau, the park's senior marine mammal supervisor.

"They can still have fun," he told AFP.

Since the pandemic began, Chau and his colleagues have split into two teams working three-day shifts to look after the penguins.

Both teams have been strictly separated from each other – a measure to ensure that if one team was quarantined because of a positive test result, the other group could continue to give specialist care.

"The manpower for each team is lower ... Now we got only three to four people every day to take care of all the penguins and make sure every penguin is still living happily and healthily both mentally and physically," Chau said.

On a typical day, Chau starts with cleaning and disinfection before firing up the snow machines that help recreate the Antarctic conditions in warm and humid Hong Kong.

He then prepares food and conducts health checks like weighing the birds and trimming their claws.

To keep the penguins entertained, the team builds toys, including floating ice boards and a perforated box filled with fish and krill to encourage underwater foraging.

Last month, a zoo in Singapore used the pandemic lockdown to give their troupe of African penguins the run of the park in a video that quickly went viral.

"The species here are mainly from the sub-Antarctica region, they need a cooler environment... especially during the summertime in Hong Kong, (when) we will have a very high temperature," he said.

Hong Kong is in the midst of a deep recession, initially caused by the trade war and months of pro-democracy protests last year.

The virus has deepened those economic woes, hammering the tourist industry further.

Ocean Park, which is earmarked for a 10.6 billion HK dollars ($1.4 billion) bailout from the city government, has been shuttered since late January because of the pandemic.

The date for reopening is still up in the air.

But in the last few days, the government has begun easing some social distancing measures after local infections were brought down to single daily digits.