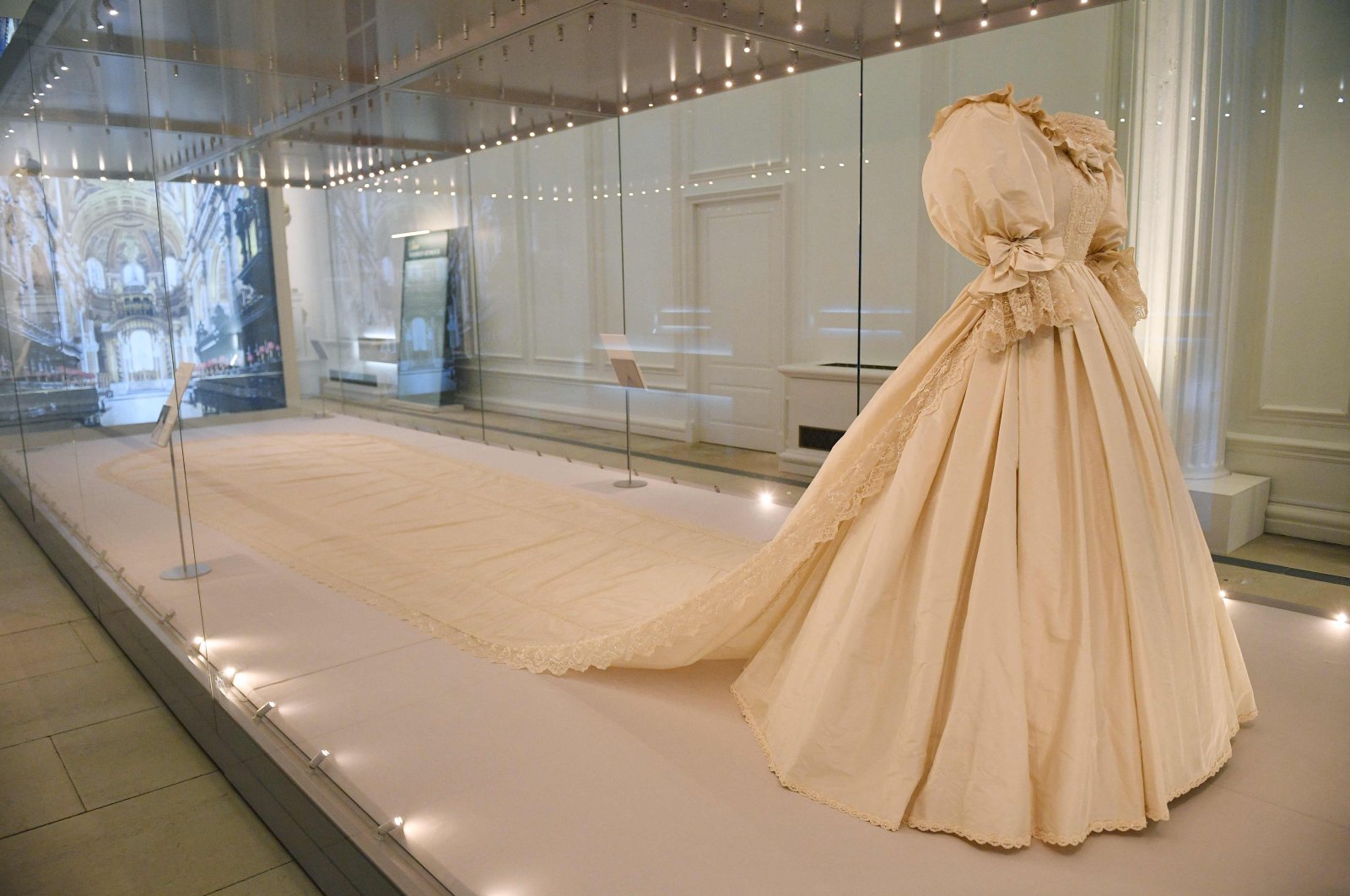 The wedding dress of Diana, Princess of Wales is seen on display at an exhibition entitled 'Royal Style in the Making' at Kensington Palace in London on June 2, 2021. (AFP Photo)
by German Press Agency - DPA Jun 05, 2021 11:36 am

The original version of Princess Diana's legendary wedding dress will be available for Londoners and visitors to the British capital to view at Kensington Palace.

With its stunning 7.5-meter-long (24.6-foot) train, the ivory dress has gone on display in an exhibition at London's Kensington Palace, the Historic Royal Palaces has announced. The exhibition began June 3 and ends Jan. 2, 2022.

At Prince Charles and Diana's wedding four decades ago, the dress filled almost the entire nave of St Paul's Cathedral and it's considered to be the dress with the longest train in British royal history.

Diana's sons Prince William (38) and Prince Harry (36) had agreed to loan the garment from the estate of their mother, who died in a car accident in 1997, according to a report by Britain's PA news agency.

In addition to the dress of the so-called "Queen of Hearts," who would have turned 60 in July, several other special items of the royals' clothing – or prototypes of them – are on display at Kensington Palace.

These include a model of the dress that the Queen Mother, who died in 2002, wore during her coronation. The exhibits are to be on display until the beginning of 2022.