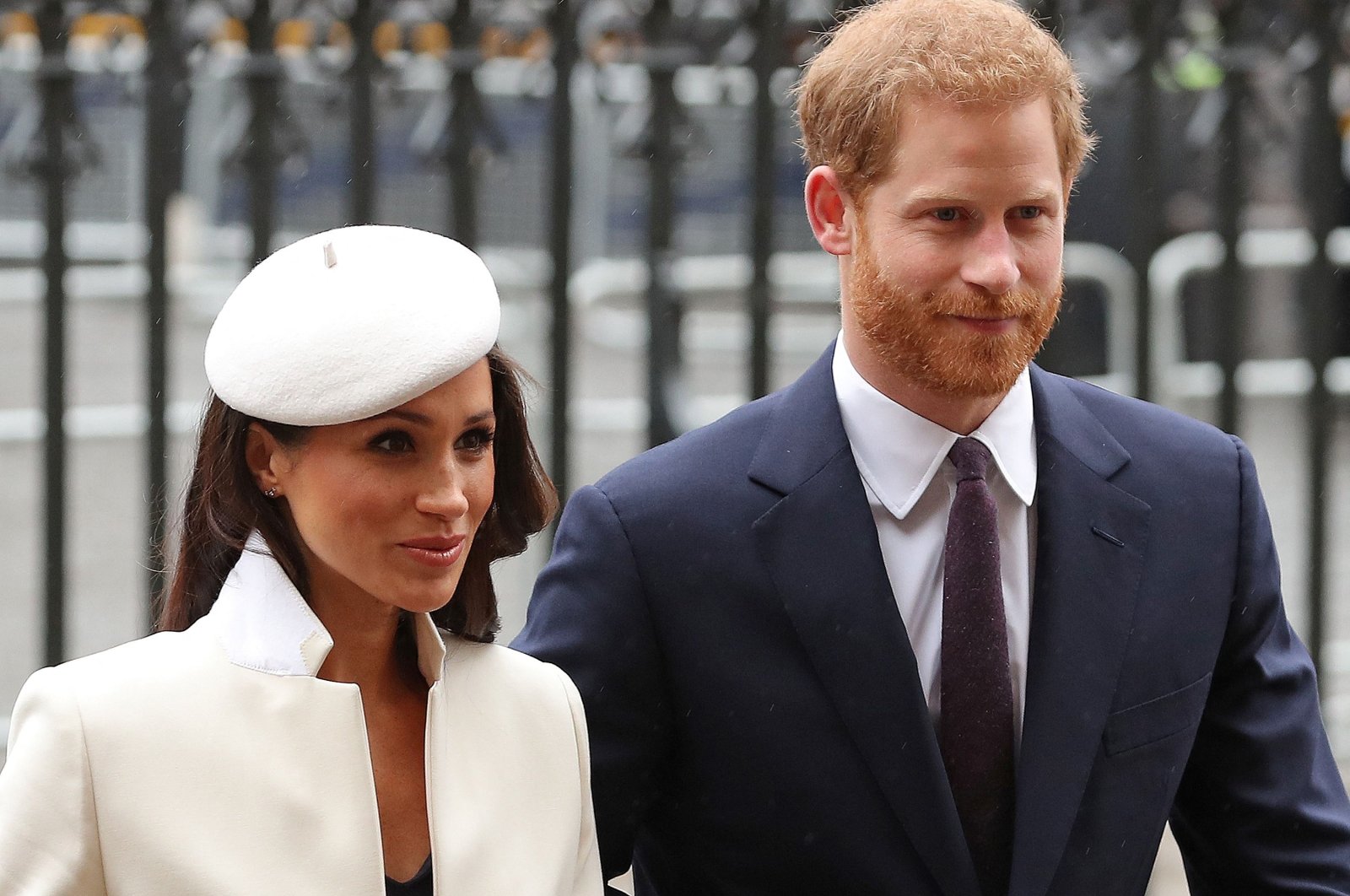 A highly anticipated Oprah Winfrey interview with Prince Harry and his wife Meghan airs on U.S. television later on Sunday, amid what one royal watcher called a "toxic" atmosphere between the couple and the British monarchy.

Not since the late Princess Diana appeared on television to share intimate details of her failed marriage to Harry's father, Prince Charles has an interview with members of the royal family attracted so much attention.

Having severed their official royal ties, the Duke and Duchess of Sussex will explain why they abandoned Britain to move to California and start new lives.

"I'm ready to talk," Meghan, a former American actress, told Winfrey in an excerpt shown on U.S. station CBS on Friday, saying it was "liberating" to be able to give the interview.

Meghan and Harry's detractors say the couple wants the glamour of their positions without the dedication it requires or scrutiny it brings.

To their supporters, their treatment shows how an outdated British institution has lashed out against a modern, biracial woman, with undertones of racism.

In another extract released ahead of the broadcast, Meghan accuses Buckingham Palace of "perpetuating falsehoods" about them, saying it could not expect them to just be silent.

A source close to Harry and Meghan said they wanted to have their say as they began a new chapter – moving home with a baby on the way after ending royal duties and on the back of a successful court case against a tabloid newspaper.

Harry and Markle's shocking announcement in January 2020 that they were stepping back from royal duties rocked Britain's royal family, with U.K. newspapers dubbing it "Mexit."

Some experts said the interview could damage the royal family, just as the split between Charles and Diana did.

"The interview is a form of revenge," royal commentator Richard Fitzwilliams told Reuters. "The link in people's minds can only be the constant attacks on each other by Charles and Diana, which were so damaging to the monarchy in the 1990s."

Since their wedding in May 2018, which had all the pomp of a traditional British royal occasion with a sprinkling of Hollywood stardust, Harry and Meghan have become global celebrities.

But they have railed against media intrusion, successfully waging legal battles with photographers and newspapers, including a privacy case against the Mail on Sunday which printed extracts of a letter Meghan wrote to her estranged father.

Rifts within the House of Windsor also appeared, with Harry admitting a falling out with elder brother Prince William.

For the royal family on Sunday, it was business as usual. Queen Elizabeth celebrated the unity forged by the coronavirus pandemic to mark Commonwealth Day in a broadcast speech. Her son Prince Charles, joined by other royals, hailed the courage shown during the crisis.

The decision to do the sit-down interview with Winfrey, recorded some two weeks ago, has already attracted criticism, partly because it will air while Harry's 99-year-old grandfather Prince Philip, the queen's husband, is in hospital.

He underwent a procedure for a preexisting heart condition on Wednesday.

There have also been allegations of bullying against Meghan which first appeared in The Times newspaper. It said a senior aide raised a complaint in October 2018 from staff alleging Meghan had reduced some of her assistants to tears and treated others so badly that they quit.

Buckingham Palace, which has made no comment on the interview, said it would investigate the claims, saying it was "very concerned."

In response to the report, a spokesperson for Meghan said she was "saddened by this latest attack on her character, particularly as someone who has been the target of bullying herself."

Fitzwilliams said the Palace's move appeared to be a "pre-emptive strike" ahead of the interview.

The Winfrey interview is set to be broadcast in Britain on Monday as well as in many other countries around the world.

"I have not seen enthusiasm at this level for a royals-related story since the weddings - the royal weddings of both Meghan and Harry and William and Kate," said Michelle Tauber, senior editor for U.S. magazine People.

Harry has long had a difficult relationship with Britain's tabloids, blaming press intrusion for contributing to his mother Princess Diana's death in a car crash in 1997.