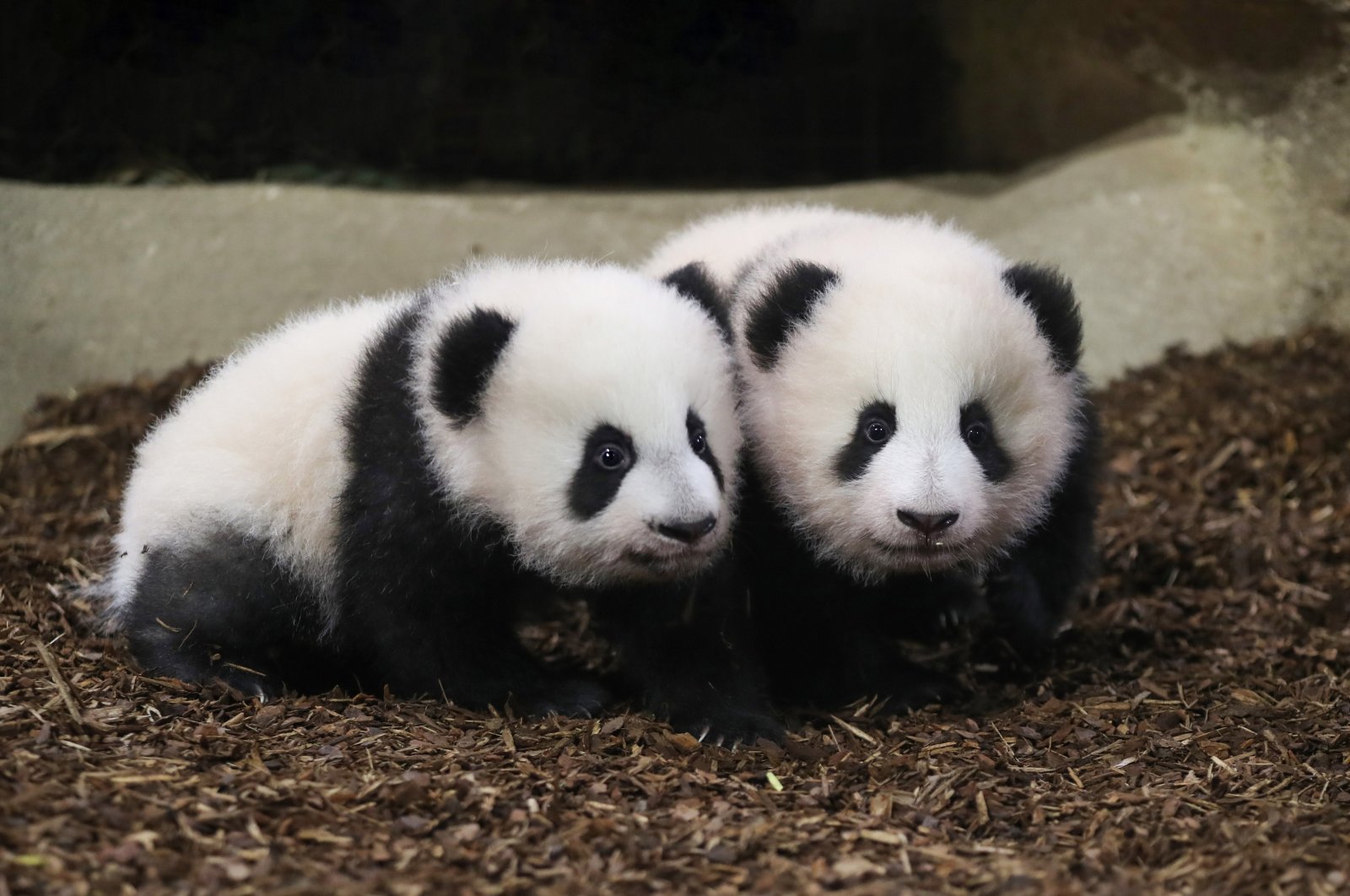 A short crawl for two tiny pandas, a great show for adoring fans: Female twin panda cubs Yuandudu and Huanlili took their first steps in public at Beauval Zoo near Paris on Sunday.

The female twins were born in August. Their mother, Huan Huan, and father, Yuan Zi, are at the Beauval Zoo, south of Paris, on a 10-year loan from China aimed at highlighting good ties with France. The twin cubs, named Huanlili and Yuandudu, are their second and third cubs after the first panda ever born in France, Yuan Meng, in 2017.

In a video, released by the zoo on Saturday, the twin cubs are seen clumsily making their way around the territory. At some point both attempt to climb nearby rocks as a caretaker looks on and films them with a smartphone.

The cubs will spend a few years in France before being sent to China.

France’s soccer star Kylian Mbappe and the Chinese Olympic champion in diving, Zhang Jiaqi, are the twins’ godparents after the athletes announced the female cubs’ names during a ceremony in November.

There are about 1,800 pandas living in the wild in China and about 500 in captivity worldwide.

China for decades gifted friendly nations with its unofficial national mascot in what was known as “panda diplomacy.” More recently the country has loaned pandas to zoos on commercial terms.