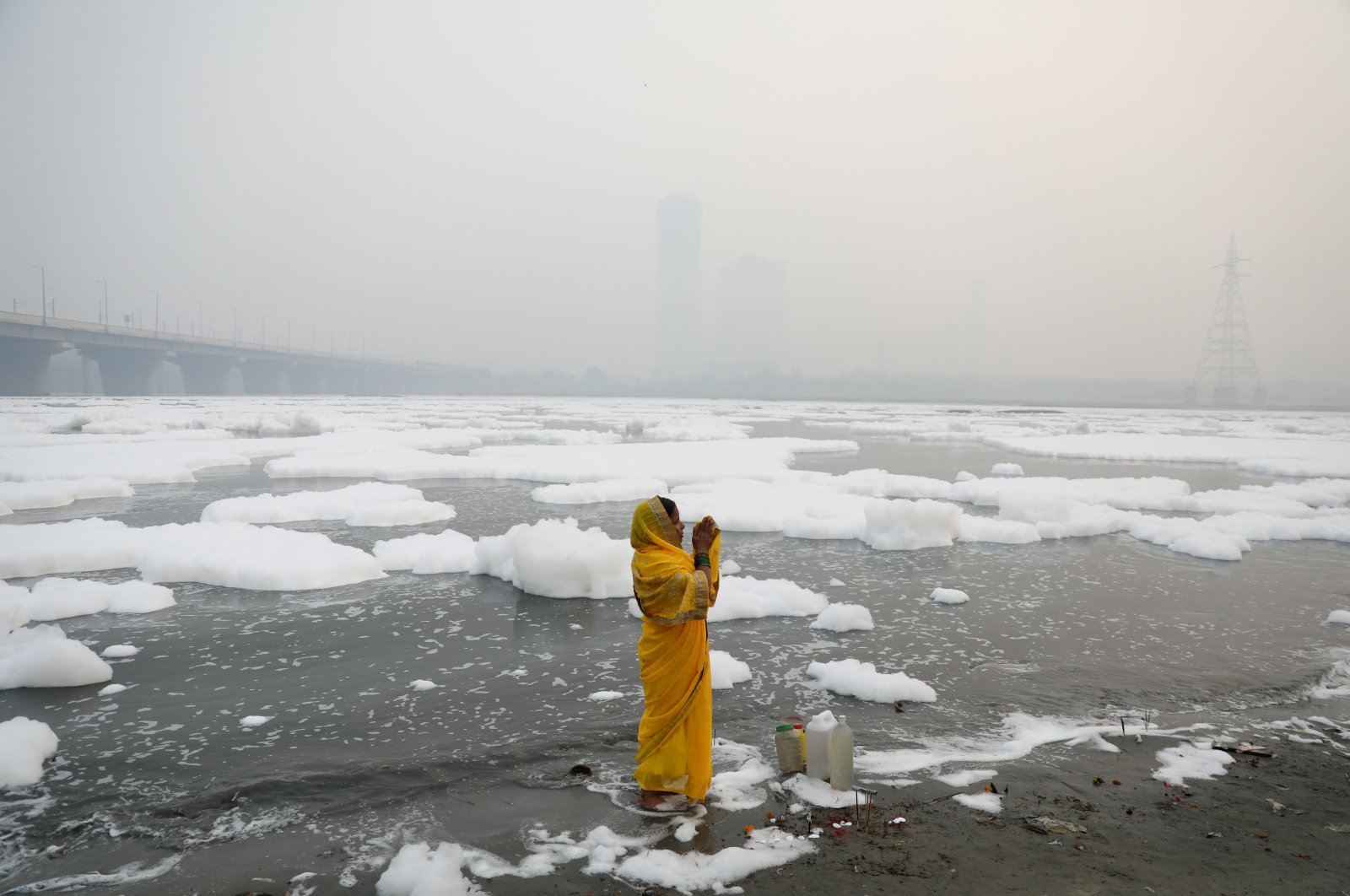 Despite the dangerous toxic foam covering its surface, hundreds of Hindus waded into the sacred Yamuna river for the festival of Chhath Puja on Wednesday.

A vast stretch of the river is covered with white froth, caused in part by pollutants discharged from industries ringing New Delhi. Still, the Hindu devotees stood knee-deep in its toxic waters, sometimes even immersing themselves for a holy dip.

The 1,376-kilometer (855-mile) Yamuna is one of the holiest rivers for Hindus. It is also among the most polluted in the world.

The river provides more than half of New Delhi’s water, posing a serious health threat to its residents. It has become dirtier over the years as most of the capital's sewage, farm pesticides from neighboring states and industrial effluents from factory towns flow into the waterway despite laws against polluting.

In a city that already has the world’s most polluted air, a dangerously unhealthy waterway is a concern for many. Yet, devotees flock to it every year during the festival, which is dedicated to the solar deity and is observed with holy bathing.

Rajesh Kumar Verma was among those who offered prayers on Yamuna's banks on Wednesday. He knows the water is harmful but stood in it anyway, unfazed by the health hazard. "What fear? If we are scared, then how can we pray?" he said.

Authorities deployed motorboats in an attempt to disperse the toxic foam. They also erected barricades of bamboo sticks to keep it away from the river banks.

India’s capital, home to more than 20 million people, is one of the world’s most polluted cities. Winters in particular have become a time of health woes when the city is covered with a toxic haze that obscures the sky and air pollution levels reach catastrophic levels. Pollution levels soar as farmers in neighboring agricultural regions set fire to their land after harvests to clear it for the next crop season.

"Delhi is full of pollution but still people’s lives are going on. Like that, we will also do our prayers,” said another devote, Rajendra Mahto.