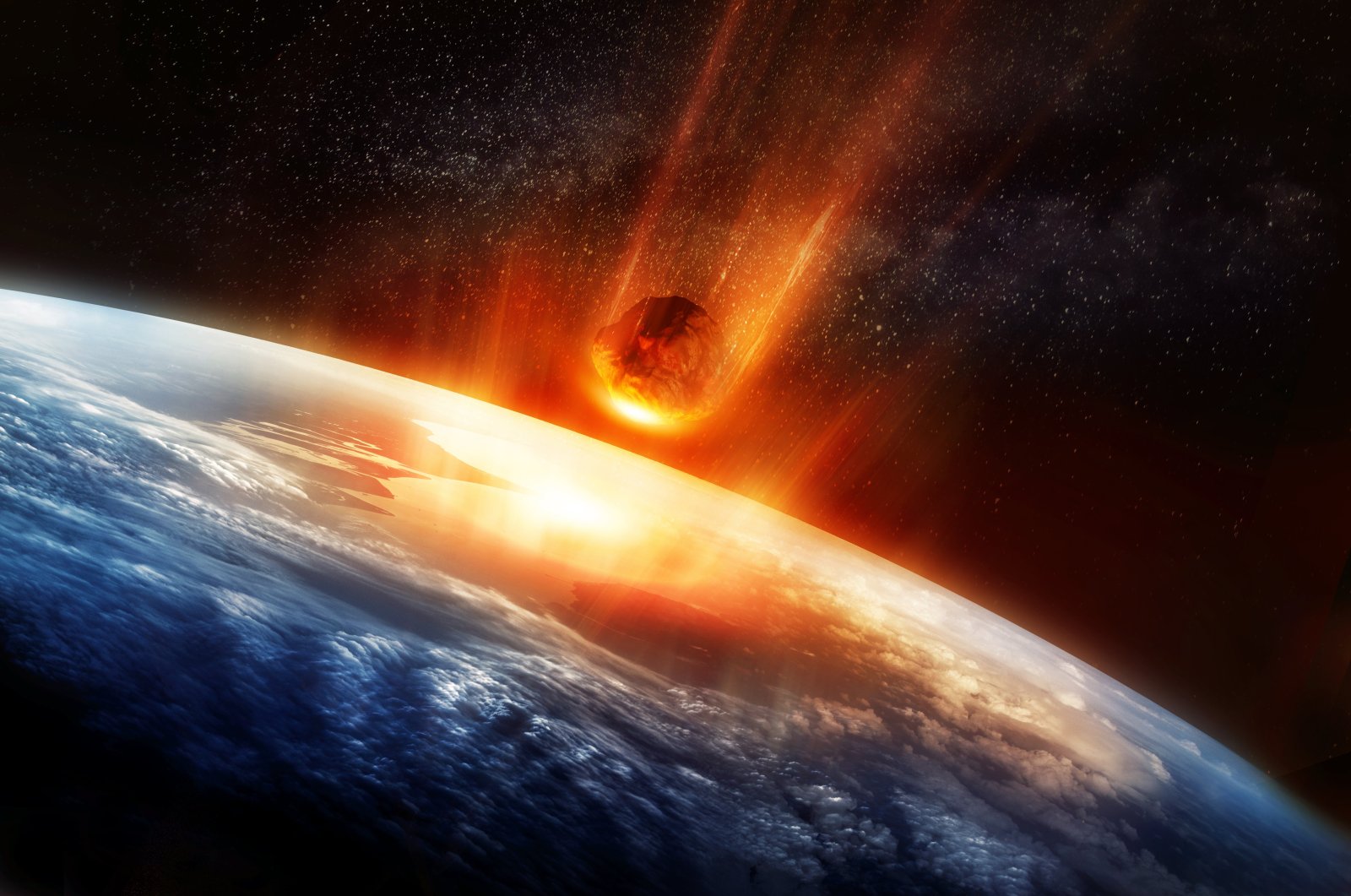 This 3D illustration shows a large meteor burning up as it hits Earth's atmosphere. (Getty Images)
by Reuters
Jul 07, 2021 2:46 pm

Do you remember Armageddon? No, not the New Testament one, the Michael Bay flick from 1998 where a misfit team of deep-core drillers are recruited by NASA to plant a nuclear weapon on an asteroid that is on collision course with Earth, and thus save the planet. Yes that idea, it seems, is not completely out of the realm of reality, albeit with different applications.

Chinese researchers want to send more than 20 of China's largest rockets to practice turning away a sizable asteroid, a technique that may eventually be crucial if a killer asteroid is ever on a collision course with Earth.

The idea is more than science fiction. Sometime between late 2021 to early 2022, the United States will launch a robotic spacecraft to try and intercept two asteroids relatively close to Earth.

When it reaches its destination a year later, the NASA spacecraft will crash-land on the smaller of the two rocky bodies to see how much the asteroid's trajectory changes. It will be humanity's first try at changing the course of a celestial body.

At China's National Space Science Center, researchers found in simulations that 23 Long March 5 (LM-5) rockets hitting a large asteroid simultaneously could deflect it from its original path by a distance 1.4 times the Earth's radius.

Their calculations are based on an asteroid that orbits the sun, named 101955 Bennu, which is as wide as the Empire State Building is tall. It belongs to a class of celestial objects with the potential to cause regional or continental damage. Asteroids spanning more than 1 kilometers (0.6 miles) would have global consequences.

The science center cited a recently published study in Icarus, a journal on planetary science.

LM-5 rockets are key to China's near-term space ambitions, from delivering space station modules to launching probes to the moon and Mars. China has successfully launched six LM-5 rockets since 2016, with the last one causing some safety concerns as its remnants reentered the atmosphere in May.

"The proposal of keeping the upper stage of the launch rocket to a guiding spacecraft, making one large 'kinetic impactor' to deflect an asteroid, is a rather nice concept," said professor Alan Fitzsimmons from the Astrophysics Research Centre at Queen's University Belfast.

"By increasing the mass hitting the asteroid, simple physics should ensure a much greater effect," Fitzsimmons told Reuters, although, he added, the actual operation of such a mission needs to be studied in greater detail.

Current estimates show there is roughly a 1% chance a 100-meter-wide (328-feet) asteroid would strike Earth in the next 100 years, said professor Gareth Collins at Imperial College London.

"Something the size of Bennu colliding is about 10 times less likely," Collins said.

Altering an asteroid's path presents a lower risk than blasting the rock with nuclear explosives, which may create smaller fragments without changing their course, scientists say.