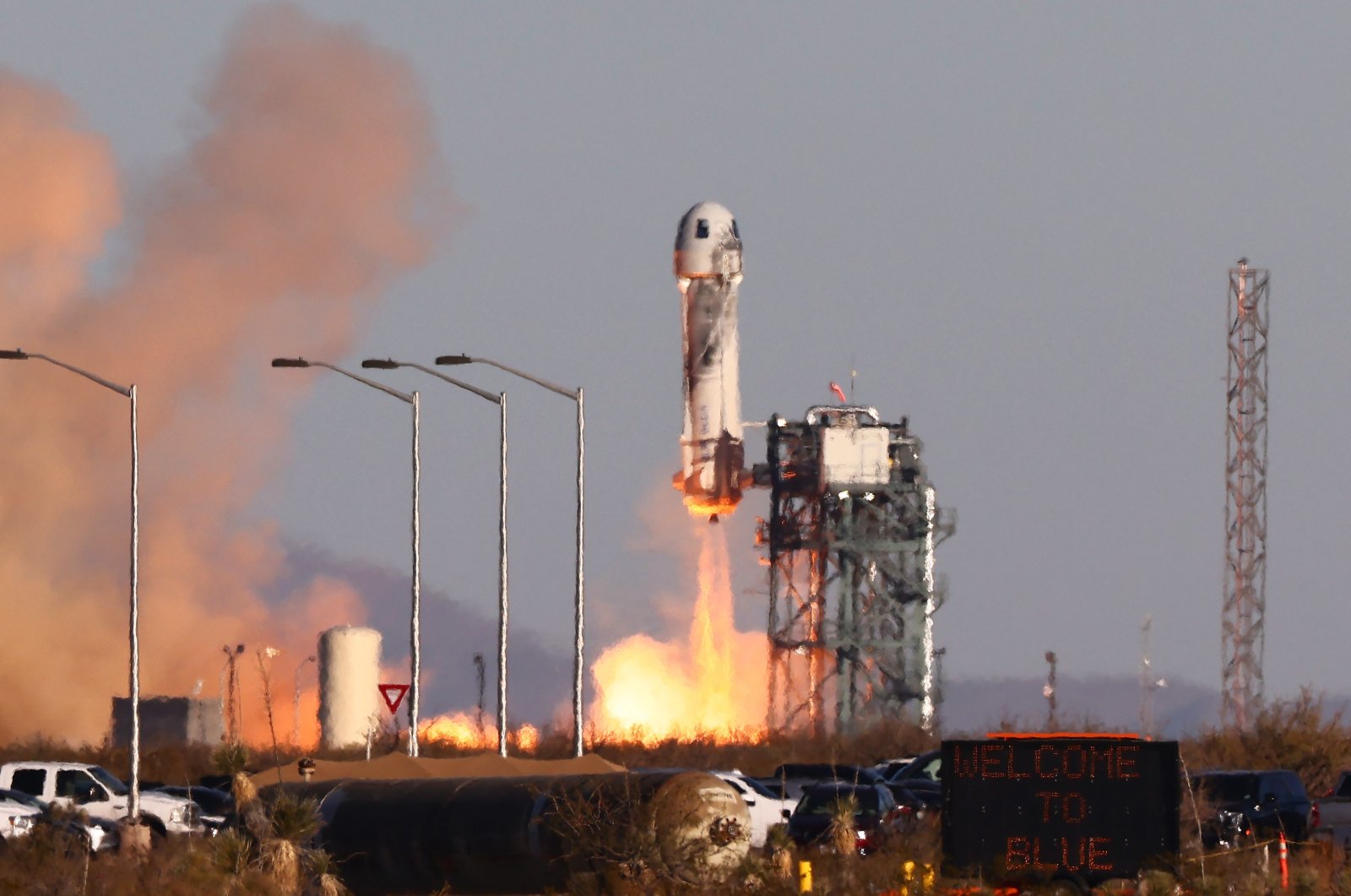 Jeff Bezos' Blue Origin company shot its third private crew into space Saturday and returned safely, this time including the daughter of the first American astronaut.

The stubby white spacecraft with a round tip blasted off into clear blue skies over West Texas for a roughly 11 minute trip to just beyond the internationally-recognized boundary of space, 62 miles (100 kilometers) high.

The six-member crew hooted with glee as they unbuckled to enjoy a few minutes of weightlessness.

"I've never seen anything like that," one unidentified crew member said as Blue Origin live-streamed the flight.

The capsule quickly returned to Earth for a gentle parachute landing in the desert, kicking up a cloud of dust as it touched down.

Laura Shepard Churchley, whose father Alan Shepard became the first American to travel to space in 1961, flew as a guest of Blue Origin.

The company's suborbital rocket is in fact named "New Shepard" in honor of the pioneering astronaut.

Lane and Cameron Bess became the first parent-child pair to fly in space. Ticket prices have not been disclosed.

Alan Shepard performed a 15-minute suborbital space flight on May 5, 1961, just under a month after the Soviet Union's Yuri Gagarin became the first human in space, orbiting the planet.

Shepard, who died in 1998, went on to be the fifth of twelve men to have set foot on the Moon.

Bezos, who made his fortune with Amazon, envisages a future in which humanity disperses throughout the solar system, living and working in giant space colonies with artificial gravity.

This, he says, would leave Earth as a pristine tourism destination much like national parks today.

The year 2021 has been significant for the space tourism sector, with Virgin Galactic also flying its founder Richard Branson to the final frontier, and Elon Musk's SpaceX sending four private citizens on a three-day orbital mission for charity.