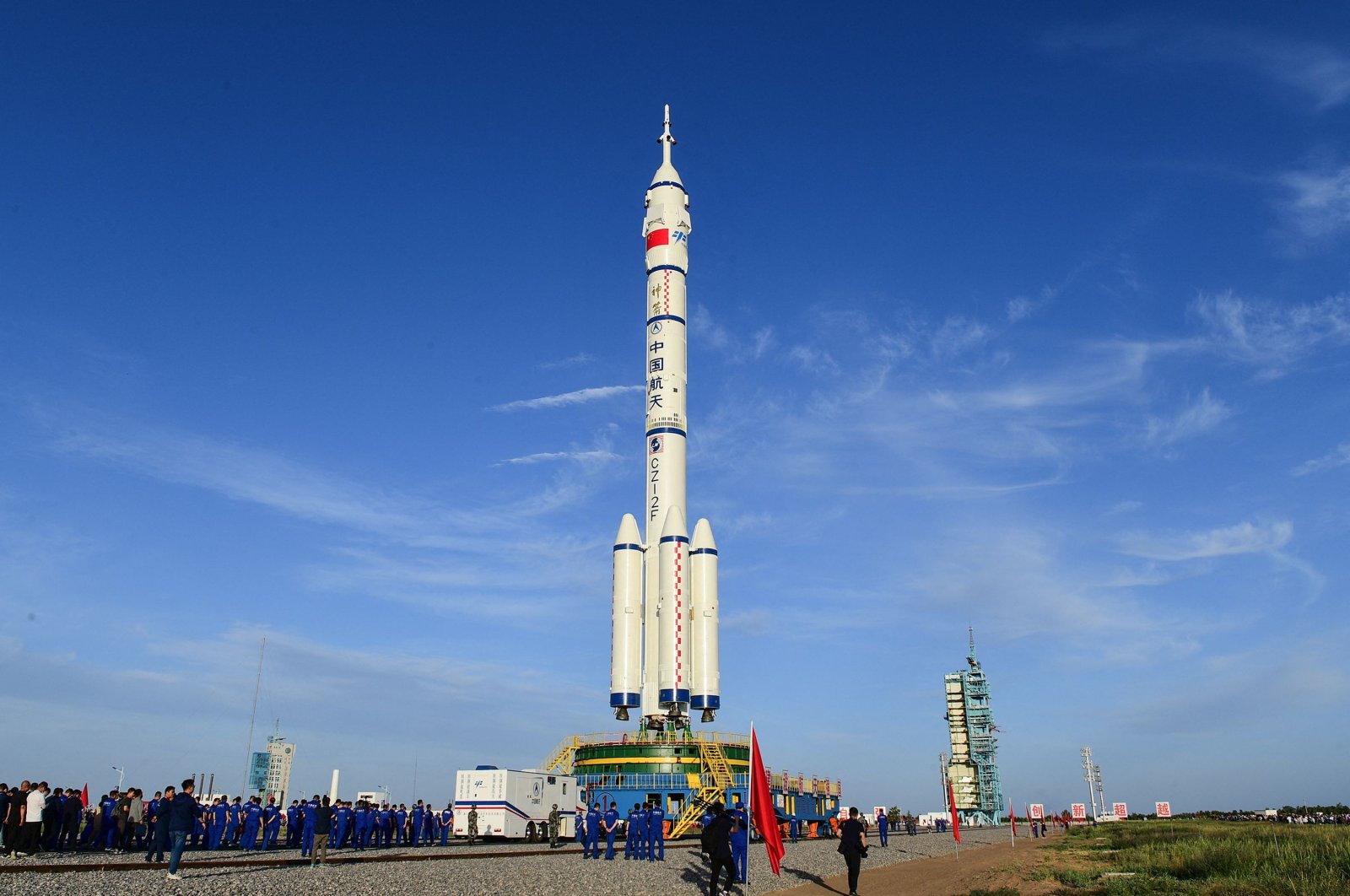 China's launch of a spacecraft from the from the Gobi Desert on a Long March in the upcoming days will mark the first time that the Asian country has sent humans into space since 2016. The spacecraft will carry three men to an orbiting space module for a three-month stay.

Shenzhou-12, meaning "Divine Vessel," will be the third of 11 missions needed to complete China's space station by 2022. Among them, four will be missions with people on board, potentially propelling up to 12 Chinese astronauts into space, more than the 11 men and women that China has sent since 2003.

The craft will also carry into space the hopes of some in Earth's most populous nation.

"The motherland is powerful," one person wrote on Chinese social media, which has lit up with well-wishes for the Shenzhou-12 crew. "The launch is a gift to the 100th anniversary of the founding of the Communist Party."

China, which aims to become a major spacefaring power by 2030, in May became the second country to put a rover on Mars, two years after landing the first spacecraft on the far side of the moon.

It also plans to put astronauts on the moon – the farthest celestial body that humans have traveled to.

The planned three-month stay would break the country's record of 30 days, set by the 2016 mission – China's last crewed flight – of Chen Dong and Jing Haipeng to a prototype station.

China's space bloggers speculate they will be Nie Haisheng – who at 56 would be China's oldest astronaut sent into space – Deng Qingming, 55, and Ye Guangfu, 40.

The authorities typically do not announce a mission's crew until near or after the launch. China Manned Space did not respond to a Reuters fax request for comment.

The oldest human in space was John Glenn, who flew on the space shuttle at age 77 in 1998 – after having been the first American to orbit the earth in 1962, a U.S. senator and a presidential candidate.

While no women are scheduled for the Shenzhou-12 mission, they are expected to participate in every following mission, Yang told Global Times.

China began building its space station in April with the launch of Tianhe, the first and largest of its three modules. This year it aims to send a robotic cargo resupply spacecraft and three more astronauts, this time for a six-month stay.