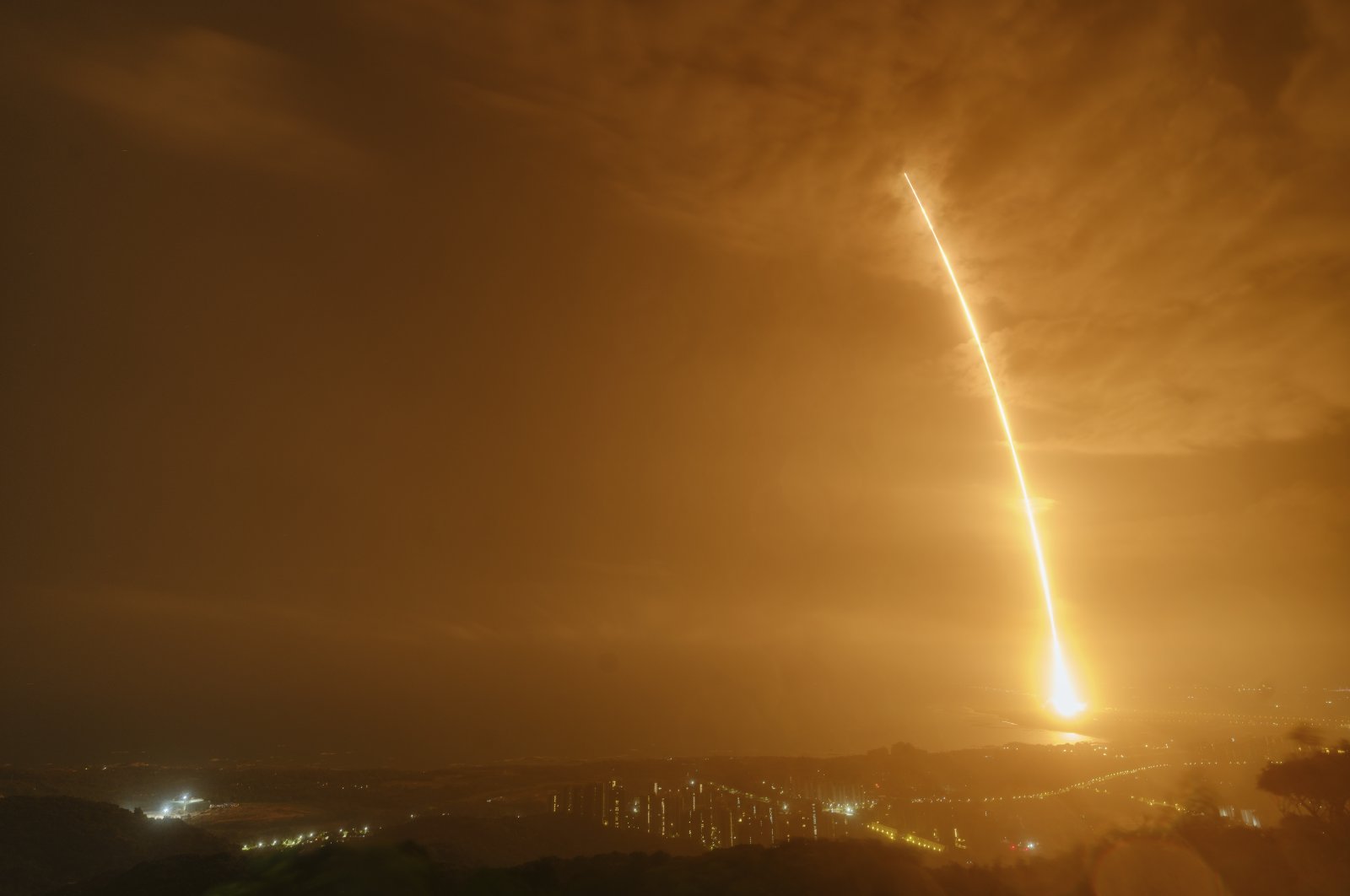 A Long March 7 rocket carrying the Tianzhou-2 spacecraft lifts off from the Wenchang Space Launch Center in Wenchang in southern China's Hainan Province, May 29, 2021. (Xinhua via AP)
by Associated Press
May 30, 2021 8:10 pm

China has been accelerating its ambitions in the space race recently as it successfully launched and docked an automated spacecraft with its new space station Sunday, carrying fuel and supplies for its future crew that might be arriving shortly.

A three-member crew will blast off next month on a three-month mission, a space official who was the country's first astronaut in orbit said.

The comments by Yang Liwei, the manned space program's deputy chief designer, to state television came as an automated spacecraft was launched with fuel and supplies for the Tianhe station.

The Tianhe, or Heavenly Harmony, is the third and largest space station launched by China's increasingly ambitious space program. Its core module was launched into orbit on April 29.

The Shenzhou 12 capsule carrying the crew will be launched from the Jiuquan base in China's northwest next month, Yang said in comments broadcast Saturday by China Central Television.

Yang, who orbited Earth in 2003, gave no details of the astronauts' identities or a flight date but confirmed the crew will include no women. He said the crew will come from the program's two earliest groups of astronauts.

Asked whether women would be in the crew, Yang said, "on Shenzhou 12 we don't have them, but missions after that all will have them."

The Tianzhou-2 spacecraft that docked with Tianhe on Sunday, carried 6.8 tons of cargo including space suits, food and equipment for the astronauts and fuel for the station, according to the space program.

The spacecraft reached the Tianhe station eight hours after blasting off from Hainan, an island in the South China Sea, China Manned Space said.

The space agency plans a total of 11 launches through the end of next year to deliver two more modules for the 70-ton station, supplies and the crew.

China was criticized for allowing part of the rocket that launched the Tianhe to fall back to Earth uncontrolled. There was no indication about what would happen to the rocket from Saturday's launch.

Beijing doesn't participate in the International Space Station, largely due to U.S. objections. Washington is wary of the Chinese program's secrecy and its military connections.

China has sent 11 astronauts, including two women, into space beginning with Yang's flight in October 2003. The first female astronaut was Liu Yang in 2012.

All of China's astronauts to date have been pilots from the ruling Communist Party's military wing, the People's Liberation Army.

Astronauts on the Tianhe will practice making spacewalks with two people outside the hull at one time, according to Yang. China's first spacewalk was made in 2008 by Zhai Zhigang outside the Shenzhou 7 capsule.

Also this month, the Chinese space program landed a probe, the Tianwen-1, on Mars carrying a rover, the Zhurong.