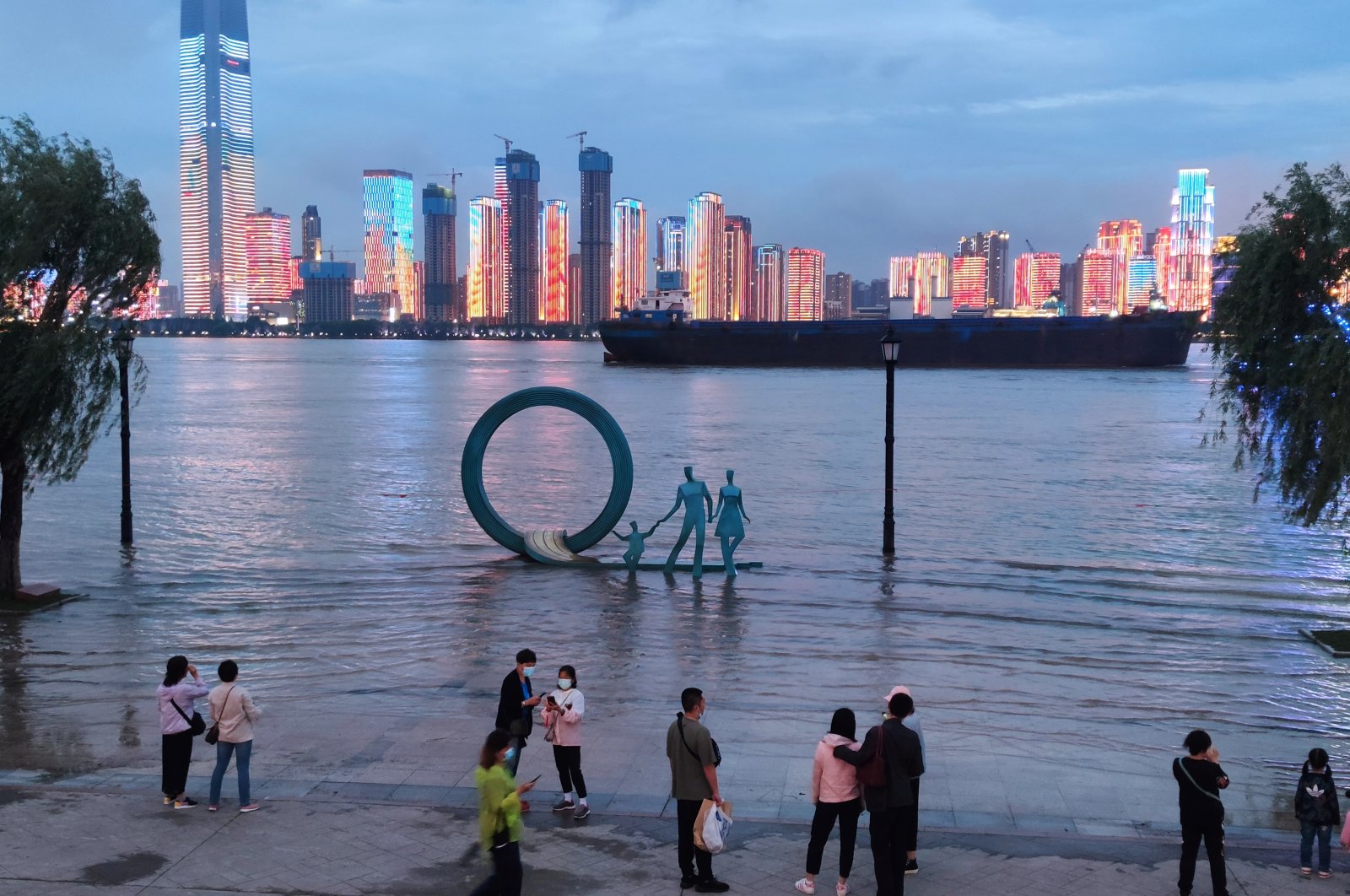 People stand next to an overflowing section of the Yangtze River at a riverside park following heavy rainfall in the region, in Wuhan, Hubei province, China May 26, 2021. (Photo by China Daily via Reuters)
by Anadolu Agency May 27, 2021 10:05 pm
RECOMMENDED

There is insufficient evidence to properly assess the origins of COVID-19, which has caused the global coronavirus pandemic, the Office of the Director of National Intelligence said on Thursday.

"The U.S. Intelligence Community does not know exactly where, when, or how the COVID-19 virus was transmitted initially but has coalesced around two likely scenarios: either it emerged naturally from human contact with infected animals or it was a laboratory accident," spokesperson Amanda Schoch said in a statement.

"While two elements of the IC lean toward the former scenario and one leans more toward the latter – each with low or moderate confidence – the majority of elements within the IC do not believe there is sufficient information to assess one to be more likely than the other," she added, using an acronym for the intelligence community.

U.S. President Joe Biden tasked his intelligence community on Wednesday with intensifying its investigation into the origins of the pandemic and gave intelligence agencies 90 days to report back to him on their findings.

The Wall Street Journal reported on Sunday that three researchers at China's Wuhan Institute of Virology became seriously ill in November 2019, and required hospital care to treat symptoms consistent with COVID-19 infection and other seasonal illnesses.

The report was based on U.S. intelligence.

The pandemic is widely regarded as beginning in December 2019 in the Chinese city of Wuhan. It has claimed more than 3.5 million lives and infected 168 million people since it was first detected, according to data collected by Johns Hopkins University.

Biden said Thursday he will almost certainly release in full the intelligence report he ordered into the virus' origins.