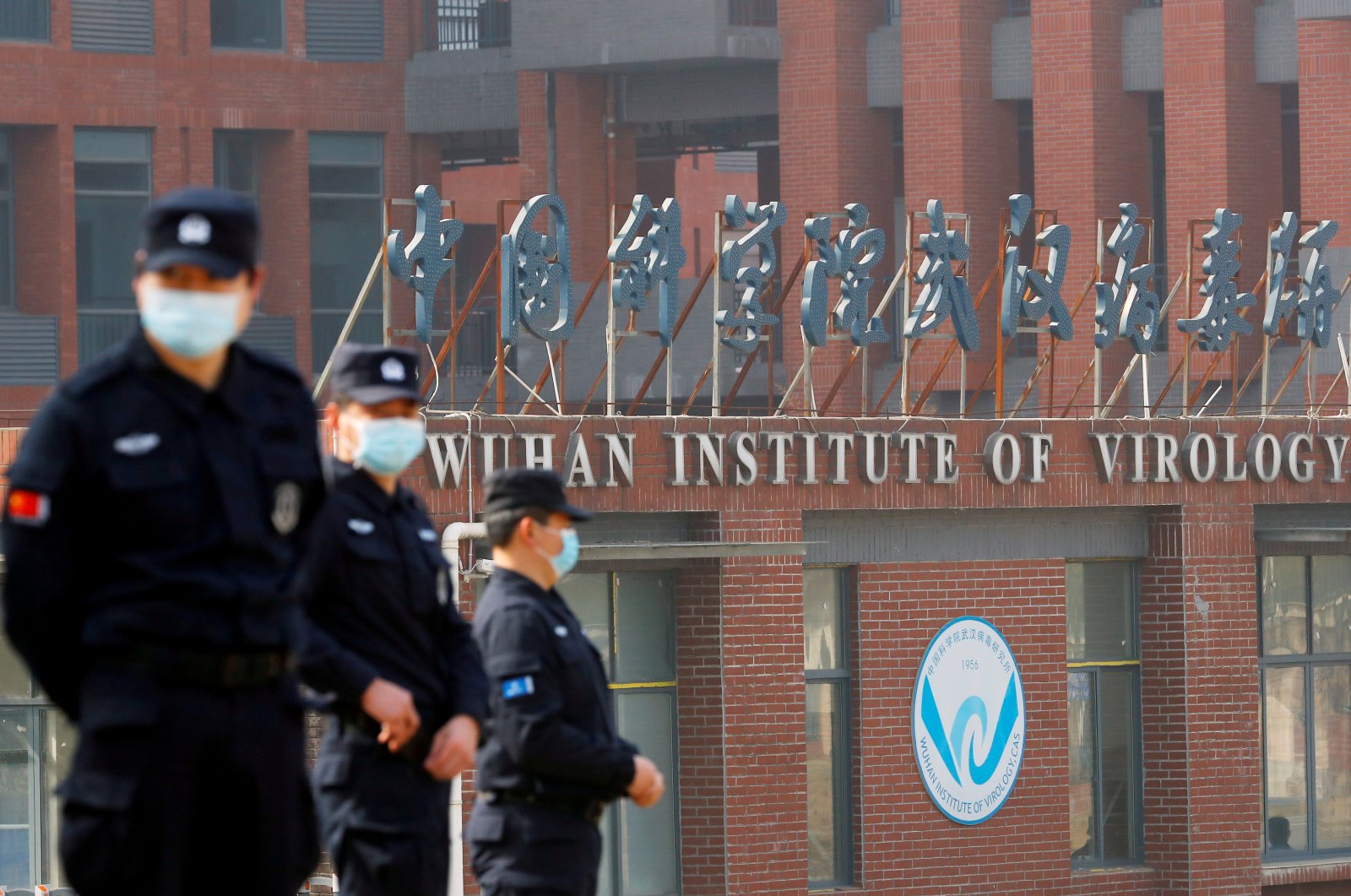 Security personnel keep watch outside the Wuhan Institute of Virology during the visit by the World Health Organization (WHO) team tasked with investigating the origins of the coronavirus disease (COVID-19), in Wuhan, Hubei province, China Feb. 3, 2021. (REUTERS/File Photo)
by REUTERS May 24, 2021 7:49 pm
RECOMMENDED

A month before China acknowledged the existence of COVID-19 in Hubei province, three researchers from the Wuhan Institute of Virology (WIV) were hospitalized with symptoms consistent with the disease, according to a U.S. intelligence document that the Wall Street Journal (WSJ) reported on Sunday.

The newspaper said the previously undisclosed report – which provides fresh details on the number of researchers affected, the timing of their illnesses and their hospital visits – may add weight to calls for further inquiry into whether the coronavirus could have escaped from the laboratory.

The WSJ said current and former officials familiar with the intelligence expressed a range of views about the strength of the report's supporting evidence, with one unnamed person saying it needed "further investigation and additional corroboration."

The first cases of the SARS-type coronavirus behind a pneumonia outbreak in China, later known as COVID-19, were reported at the end of December 2019 in the central city of Wuhan, where the advanced laboratory specializing in coronavirus research is located.

Chinese scientists and officials have consistently rejected the lab leak hypothesis, saying SARS-CoV-2 could have been circulating in other regions before it hit Wuhan and might have even entered China from another country via imported frozen food shipments or wildlife trading.

China's Foreign Ministry Spokesperson Zhao Lijian said on Monday that it was "completely untrue" that three members of staff at the WIV had fallen ill.

"The United States continues to hype up the lab leak theory," he said. "Does it care about traceability or is it just trying to distract attention?"

The WSJ report came on the eve of a meeting of the World Health Organization's (WHO) decision-making body, which is expected to discuss the next phase of an investigation into the origins of COVID-19.

Asked about the report, WHO Spokesperson Tarik Jasarevic said via email that the organization's technical teams were now deciding on the next steps. He said further study is needed into the role of animal markets as well as the lab leak hypothesis.

A U.S. National Security Council spokesperson had no comment on the report but said the Biden administration continued to have "serious questions about the earliest days of the COVID-19 pandemic, including its origins within the Peoples Republic of China."

She said the U.S. government was working with the WHO and other member states to support an expert-driven evaluation of the pandemic's origins "that is free from interference or politicization."

"We're not going to make pronouncements that prejudge an ongoing WHO study into the source of SARS-CoV-2, but we've been clear that sound and technically credible theories should be thoroughly evaluated by international experts," she said.

A joint study into the origins of COVID-19 by the WHO and China published at the end of March said that animals were the likely source and that it was "extremely unlikely" that it had escaped from a lab.

But China is accused of suppressing attempts to uncover the origins of the coronavirus and failing to disclose raw data on early COVID-19 cases to the WHO team – and the United States, the European Union and other Western countries have called on Beijing to grant "full access" to independent experts.

A State Department fact sheet released near the end of the Trump administration said, "the U.S. government has reason to believe that several researchers inside the WIV became sick in autumn 2019, before the first identified case of the outbreak, with symptoms consistent with both COVID-19 and common seasonal illnesses." It did not say how many researchers.