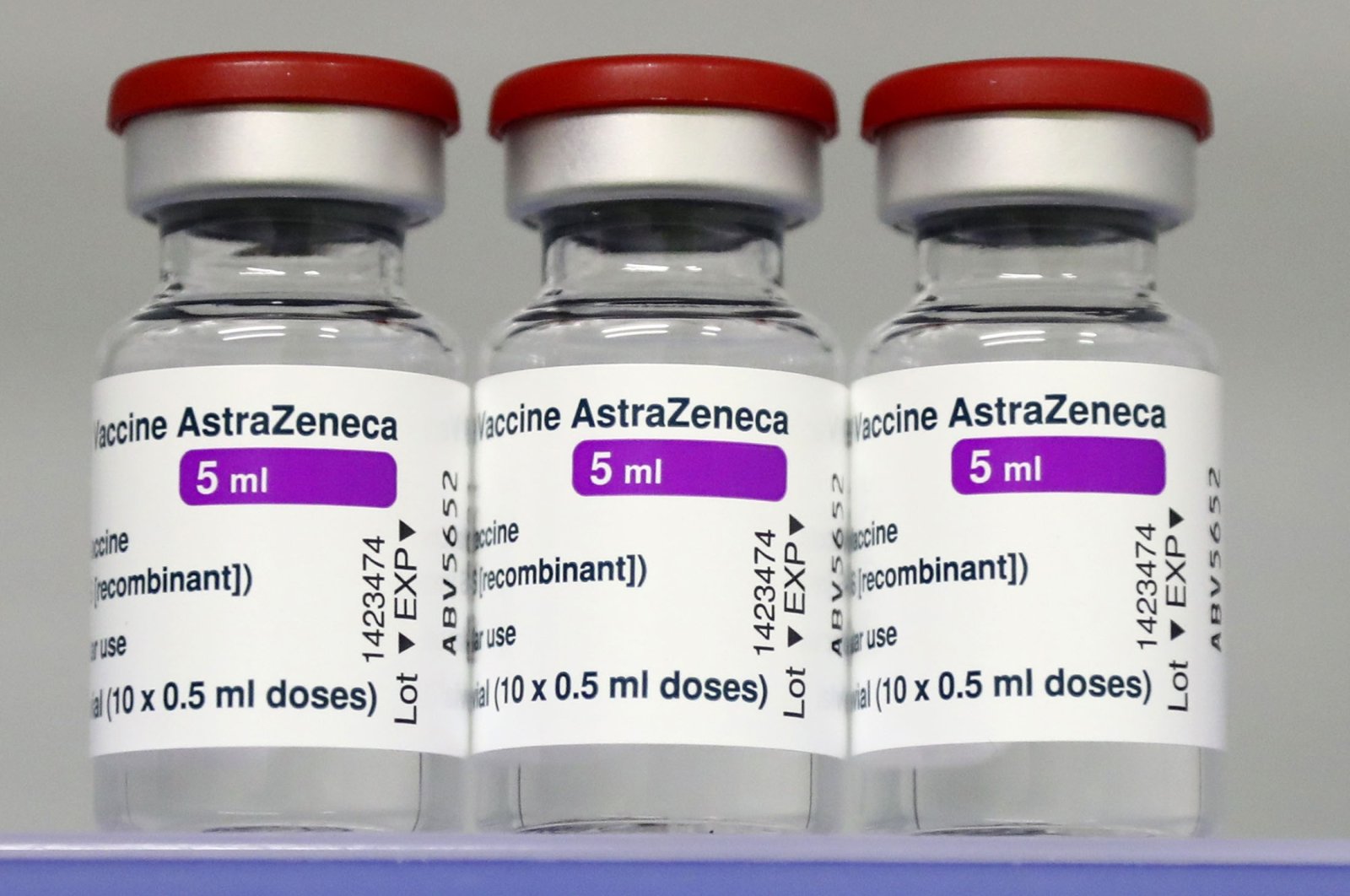 Scientists are trying to find the cause of rare but serious blood clots among those who have received the AstraZeneca vaccine against COVID-19. So far, it seems that those inoculated are experiencing clots more frequently than in the general population, adding to the distrust surrounding the vaccine. The probability of complications, regardless, remains very low, and bar a few countries, mass vaccination campaigns continue.

The European Medicines Agency (EMA) – which has said that benefits outweigh risks such that the vaccine should remain in use – will provide an updated assessment next week.

What has been observed in those immunized?

The blood clots seen in a handful of people vaccinated with AstraZeneca are described by the French Medicines Agency (ANSM) as "highly untypical."

"This thrombosis of large veins is unusually located in the brain, and even more rarely in the digestive tract," the agency commented. It is also associated with a condition characterized by abnormally low levels of platelets, which are small cell fragments in our blood that form clots to stop or prevent bleeding.

In mid-March, Germany's medicines regulator, the Paul Ehrlich Institute (PEI), was the first national health authority to flag what they described as an aberrantly high number of cases involving these rare cerebral blood clots, mostly in younger and middle-aged women.

According to some specialists, this set of symptoms pointed to so-called disseminated intravascular coagulation (DIC), in which blood clots form throughout the body. Also seen in extreme cases of sepsis, this condition involves "both thrombosis and hemorrhaging", Odile Launay, a member of the scientific body advising the French government on COVID-19 vaccines, told AFP.

Is there a definite link with the vaccine?

"A causal link with the vaccine is not proven but is possible, and further analysis is continuing," the EMA said last week. The agency is scheduled to meet on the question from April 6-9.

Other specialists were more categorical.

"We have to stop speculating on whether there is a link or not – all the cases showed these symptoms three to 10 days after inoculation with the AstraZeneca vaccine," Pal Andre Holme, who heads a team at Oslo National Hospital working on these cases, told Norwegian television. "We have not found any other triggering factor."

Norway's national medicines agency backed this assessment, with one of their executives, Steinar Madsen, saying "there is probably a link with the vaccine".

For its part, France's ANSM – pointing to "the very unusual type of thrombosis, a similar clinical profile, and similar timing of onset" – said there was a "small" risk.

How big is the risk?

As of March 31, the EMA identified 62 cases of cerebral venous sinus thrombosis (CVST) in the world – 44 of them in Europe – among 9.2 million doses of AstraZeneca administered. Of those, 14 have resulted in death, though it is not possible to definitively attribute fatalities to this rare form of thrombosis, the head of the EMA, Emer Cooke, said last week in a videoconference. The statistics, she added, are comprehensive, or close to it.

In Germany, there have been 31 suspected cases of CVST – 19 accompanied by a drop in blood platelets – with nine deaths, according to the Paul-Ehrlich Institute. These cases were spread across 2.8 million AstraZeneca vaccine doses injected, or just over one case per 100,000 doses.

The comparable figures for France are 12 cases and four deaths out of 1.9 million doses, and for Norway, five cases and three deaths out of 120,000 doses. Britain – where AstraZeneca has been administered more than in any other country – registered 30 cases as of Saturday, including seven fatalities, across a total of 18.1 million doses.

But as is true of all medications, risks must always be weighed against benefits.

"We would all prefer to have drugs that are 100 percent safe but they don't exist," Adam Finn, a professor of pediatrics at the University of Bristol, told the London-based Science Media Centre last week, commenting on renewed bans of the AstraZeneca vaccine in Germany and elsewhere.

"Right now the biggest risk to our lives and livelihoods throughout the world is COVID-19," Finn added. "We need to stay focussed on the need to prevent it taking millions more human lives before it is brought under control and the only effective way to do that is through vaccination."

The EMA has consistently echoed this view.

"The benefits of the AstraZeneca vaccine in preventing COVID-19, with its associated risk of hospitalization and death, outweigh the risks of side effects," it said in a statement on March 31.

What are the risk factors?

Most cases of cerebral thrombosis have occurred in those under 65, but it is impossible to draw any conclusions about age because the vaccine has been administered to date mostly among younger populations. The fact that a majority of cases have been among women may simply reflect the fact the health sector – predominately women – was given priority for vaccination.

"At present, the review has not identified any specific risk factors, such as age, gender or a previous medical history of clotting disorders for these very rare events," the EMA said.

Notwithstanding, after some countries temporarily paused the AstraZeneca jab in mid-March, several countries have now suspended the vaccine again.

Germany decided last week to ban its use for anyone under 60, so did the Netherlands, while in Canada – as in France – the age threshold is 55. In Sweden, the age cutoff is 65. Denmark has suspended the use of the vaccine in the whole population.

"We do not have just one vaccine, we have several," Sandra Ciesek, a professor of medical virology at the Goethe University Frankfurt, wrote in Science magazine.

"So, restricting the AstraZeneca vaccine to older people makes sense to me."

Norway and Sweden have taken the more radical step of suspending the AstraZeneca vaccine altogether.

Are there possible explanations?

For the moment, there are only hypotheses, though the EMA is expected to suggest next week which are the more likely.

In a study released on March 28 that has not yet been peer-reviewed, German and Austrian researchers pointed to a known biological mechanism as a possible explanation for the apparent surge in atypical thrombosis. The AstraZeneca vaccine, they wrote, is associated with a thrombosis disorder "that clinically resembles heparin-induced thrombocytopenia (HIT)."

HIT is a rare and serious reaction of the immune system to the anti-coagulant medication heparin. The authors, led by Andreas Greinacher from the University of Greifswald, proposed a name for what they described as a new syndrome: "vaccine-induced prothrombotic immune thrombocytopenia (VIPIT)."

Researchers at Oslo National Hospital had earlier suggested that cases might have been triggered by a "powerful immune response" to the vaccine.

An association of French scientists and doctors called "On the Side of Science" have said such an immune response could come from the accidental insertion of the needle into a vein in the upper arm, rather than muscle.