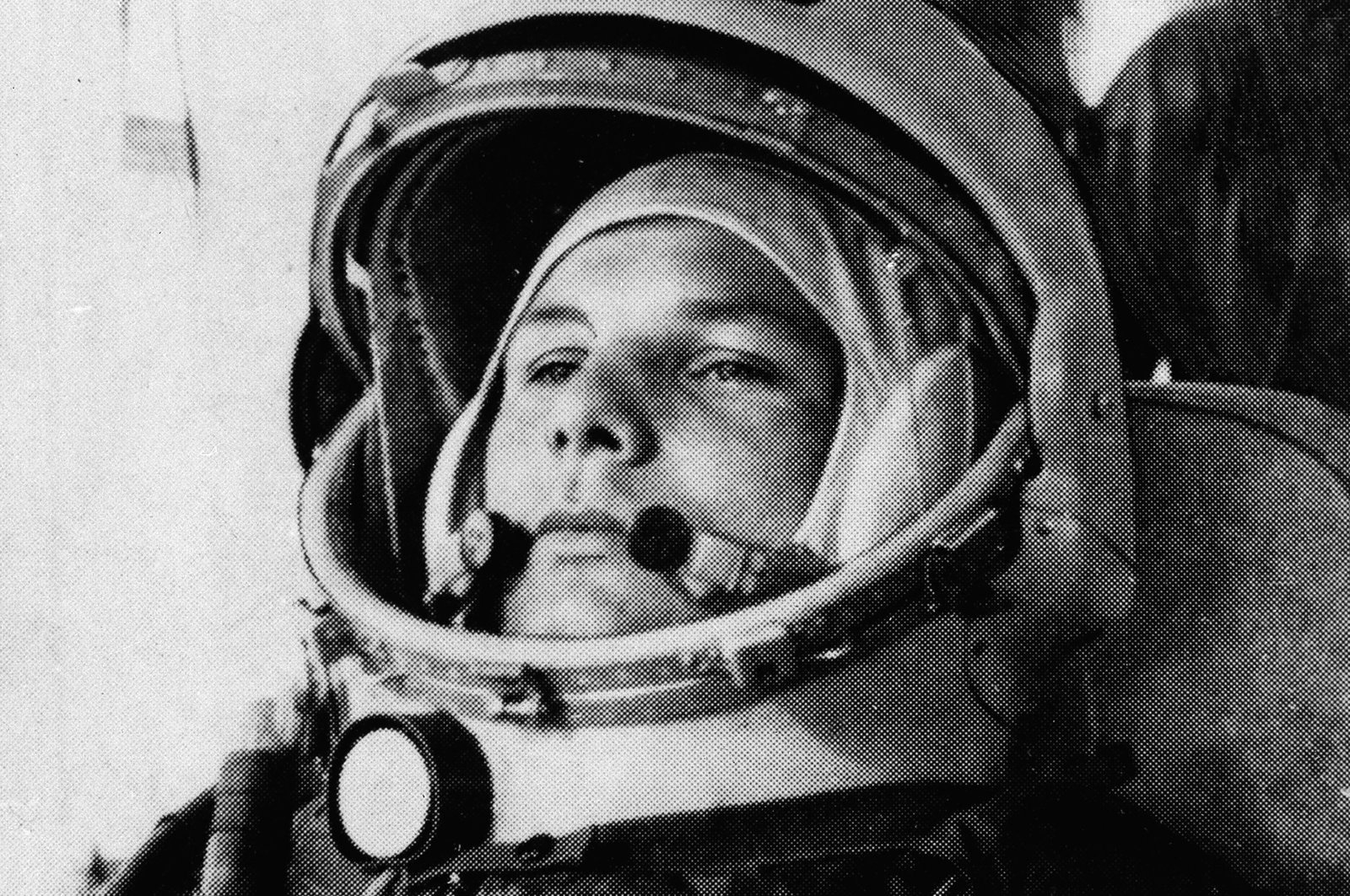 In this undated file photo, Soviet cosmonaut Maj. Yuri Gagarin, the first man to orbit the earth, is shown in his space suit. (AP Photo)
by French Press Agency - AFP Apr 12, 2021 9:14 am
RECOMMENDED

Cosmonaut Yuri Gagarin became the first person in space 60 years ago on Monday, securing victory for Moscow in its race with Washington and marking a new chapter in the history of space exploration.

Decades later, his journey has become shrouded in myth after many details about the historic mission were for years kept secret by the Soviets.

Here are five things to know about Gagarin's legendary flight:

A trained steelworker turned military pilot, Gagarin was selected from thousands of candidates to undergo the rigorous training required for a space flight.

Apart from showing excellent results in his tests, Gagarin, then aged 27, also reportedly stood out by removing his shoes before entering the Vostok spacecraft designated for the mission, a custom in Russia when entering a home.

On April 12, 1961, as Gagarin's flight took off from the Baikonur spaceport in Kazakhstan, he exclaimed his iconic catchphrase "Poekhali!", or "Let's go!" in Russian.

The flight lasted just 108 minutes as the Vostok completed one loop around the Earth.

Once Gagarin safely returned home, the success of his mission outshone the fact that not everything went according to plan.

Among a dozen technical glitches, his spacecraft entered into orbit at a higher altitude than expected.

If its brakes system had malfunctioned, Gagarin would have had to wait for the spacecraft to begin descending on its own. And while the Vostok was stocked with enough food, water and oxygen to last 10 days, the higher altitude meant the wait would have been much longer and Gagarin would have run out of supplies.

Luckily for the Russian cosmonaut, the brakes worked.

But Gagarin came down miles away from his expected landing point, ejecting from his capsule over the Saratov region in southern Russia.

He landed in a field where the first people he saw were a young girl and her grandmother digging up potatoes.

Clad in a white helmet and orange spacesuit, he struggled at first to convince them amid Cold War tensions that he was not a foreign spy.

Legend has it that before takeoff Gagarin asked the bus driver bringing him to the launchpad to pull over so he could relieve himself, before urinating on the back right tire.

For years Russian cosmonauts repeated the ritual before launching into space, but the decades-old superstition may soon be forced into retirement: the new design of the Russian spacesuit presented in 2019 is not equipped with a fly and is too heavy to nimbly remove.

The man behind Gagarin

While Gagarin became a household name in the Soviet Union, for years nobody knew about the mastermind of the country's space program: Sergei Korolyov.

The Soviets even rejected a Nobel prize awarded to their "Chief Designer," determined to keep his identity a secret. Only after his death in 1966 was his name revealed.

Under Korolyov's leadership, the USSR sent not only the first person to space, but later the first woman, as well as conducting the first spacewalk.