Ingenuity and beyond: 10 milestones in space exploration 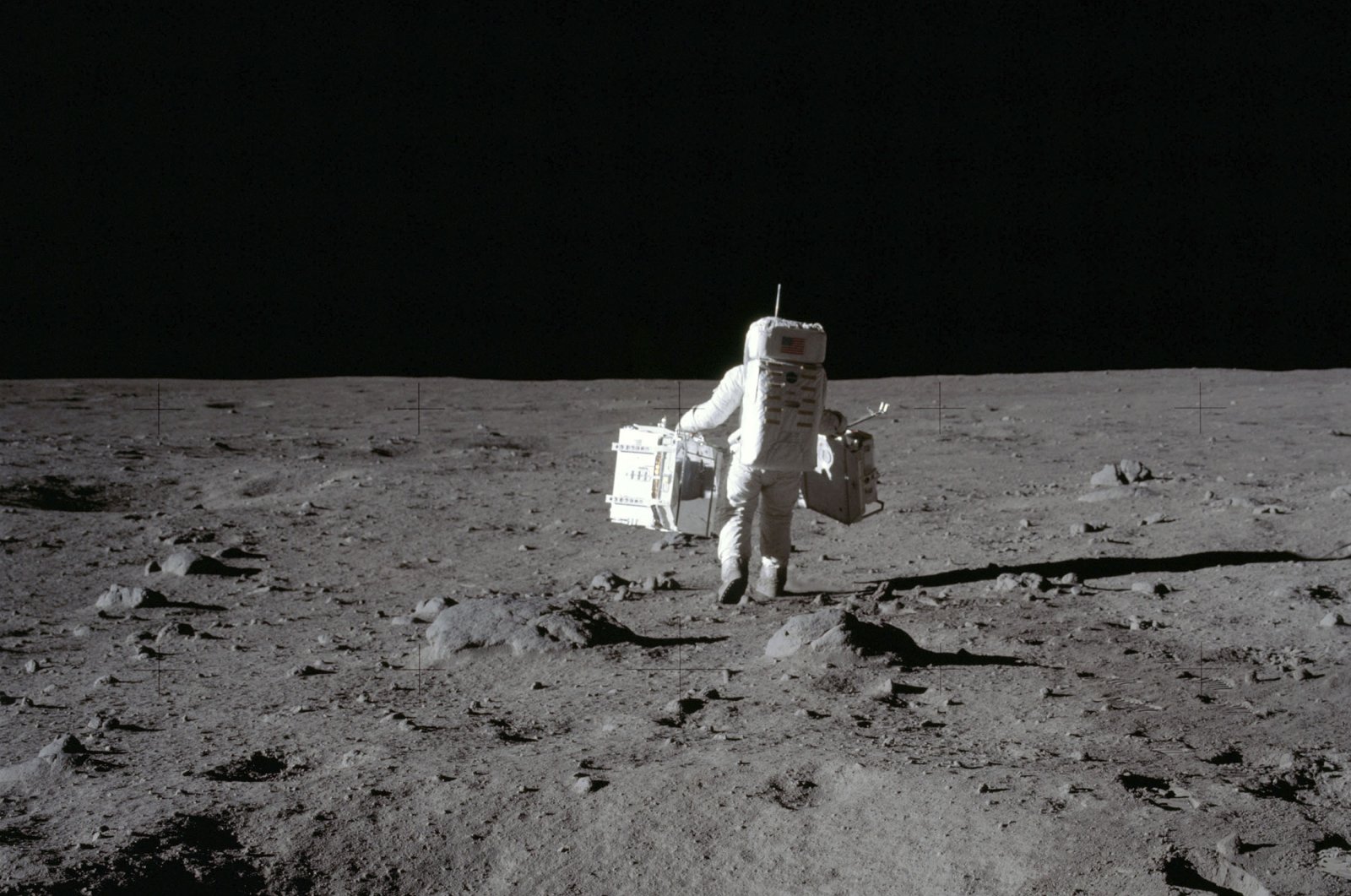 In this July 20, 1969 photo, American astronaut Buzz Aldrin walks on the surface of the Moon in the Tranquility Base area. (Neil Armstrong / NASA via AP)
by French Press Agency - AFP Apr 07, 2021 1:20 pm
Edited By Yasemin Nicola Sakay
RECOMMENDED

NASA's Ingenuity mini-helicopter recently survived its first night alone on the barren, frigid lands of Mars, becoming "a major milestone" in humanity's space saga. And now, the tiny craft is preparing for its historic first flight, which is expected to happen on Sunday, April 11.

As part of this exciting countdown, here's a look back at the 10 key dates in space exploration for humankind – from Yuri Gagarin to the first man on the Moon and the robot that landed on a comet.

Moscow launches the first satellite, Sputnik 1, on Oct. 4, 1957, ushering in the Cold War tussle for the cosmos. The beach ball-sized aluminum sphere takes 98 minutes to orbit the Earth and sends back the first message from space, simple "beep-beep-beep" radio signals. A month later Sputnik 2 carries the first living being to fully orbit the Earth, a small street dog called Laika. She dies after a few hours.

On April 12, 1961, Soviet cosmonaut Yuri Gagarin becomes the first man in space, completing a single, 108-minute orbit aboard Vostok-1. Twenty three days later, Alan Shepard becomes the first American in space when he makes a 15-minute trip. On June 16, 1963 cosmonaut Valentina Tereshkova becomes the first woman in space. It takes a full 40 years for the old Cold War rivals to be joined in space by a third country when China sends up Yang Liwei onboard Earth orbiter Shenzhou 5.

U.S. astronaut Neil Armstrong is the first man to step onto the Moon on July 21, 1969, with Buzz Aldrin joining him around 20 minutes later. Between 1969 and 1972, 10 astronauts – all American – walked on the Moon as part of NASA's Apollo program.

The Soviet Union launches the first orbital space station, Salyut 1, on April 19, 1971. Another Russian space station, Mir, follows. It is brought back to Earth in 2001 after 15 years in orbit. Construction of the still-operating International Space Station (ISS) starts in 1998. The biggest man-made structure in space, it orbits Earth 16 times a day.

U.S. spacecraft Viking 1 becomes the first to successfully land on Mars on July 20, 1976, and sends back images of the Red Planet. The robot Opportunity explored Mars between 2004 and 2018, with NASA's Curiosity Rover still active there. About 40 missions were sent to Mars, more than half of which failed.

The U.S. space shuttle Columbia, the first reusable manned spacecraft, makes its first voyage on April 12, 1981. It is followed by Challenger, Discovery, Atlantis and Endeavour, which served the ISS until the shuttle program wound up in 2011. The U.S. has since depended on Russia to transport its astronauts to the ISS. Two U.S. shuttles were destroyed in flight, with the loss of 14 astronauts: Challenger in 1986 and Columbia in 2003.

Hubble is the first space telescope to be placed into orbit on April 25, 1990, 547 kilometers (340 miles) above the Earth. It revolutionizes astronomy, allowing scientists to observe the planets and distant stars and galaxies unimpeded.

On April 28, 2001, Italian American multi-millionaire Dennis Tito, 60, becomes the world's first space tourist. He pays Russia $20 million to stay on the ISS for eight days. In all, seven space tourists have taken Russian flights to the ISS. NASA said it would open up ISS to space tourism in 2020, while, U.S. company SpaceX is planning to launch its first space tourism mission at the end of 2021.

SpaceX becomes the first private firm to successfully launch a rocket into the Earth's orbit in September 2008. Its Dragon cargo ship becomes the first commercial spacecraft to visit the ISS in May 2012, on a mission for NASA. Since then, SpaceX has conquered the satellite launch market with its Falcon 9. After flights in 2020, SpaceX has planned two other manned launches for NASA to the ISS in 2021, including one which will lift off from Florida on April 22 with French, American and Japanese astronauts.

The European Space Agency (ESA) places a small robot, Philae, on a comet more than 500 million kilometers from Earth on November 12, 2014. The first comet lander is part of a mission aiming to explore the origins of the Solar System. The manmade object that is furthest away from the Earth is the unmanned U.S. spaceship Voyager 1. It was launched in 1977 and is still traveling. In August 2012, it made it into interstellar space, about 13 billion miles from Earth.

NASA sees the Moon as a pit stop for missions to Mars. It aims to send the first woman to the Moon by 2024. Perseverance became the fifth rover to set wheels down on Mars on Feb. 18, laying the groundwork for NASA's first attempt at powered, controlled flight on another planet.