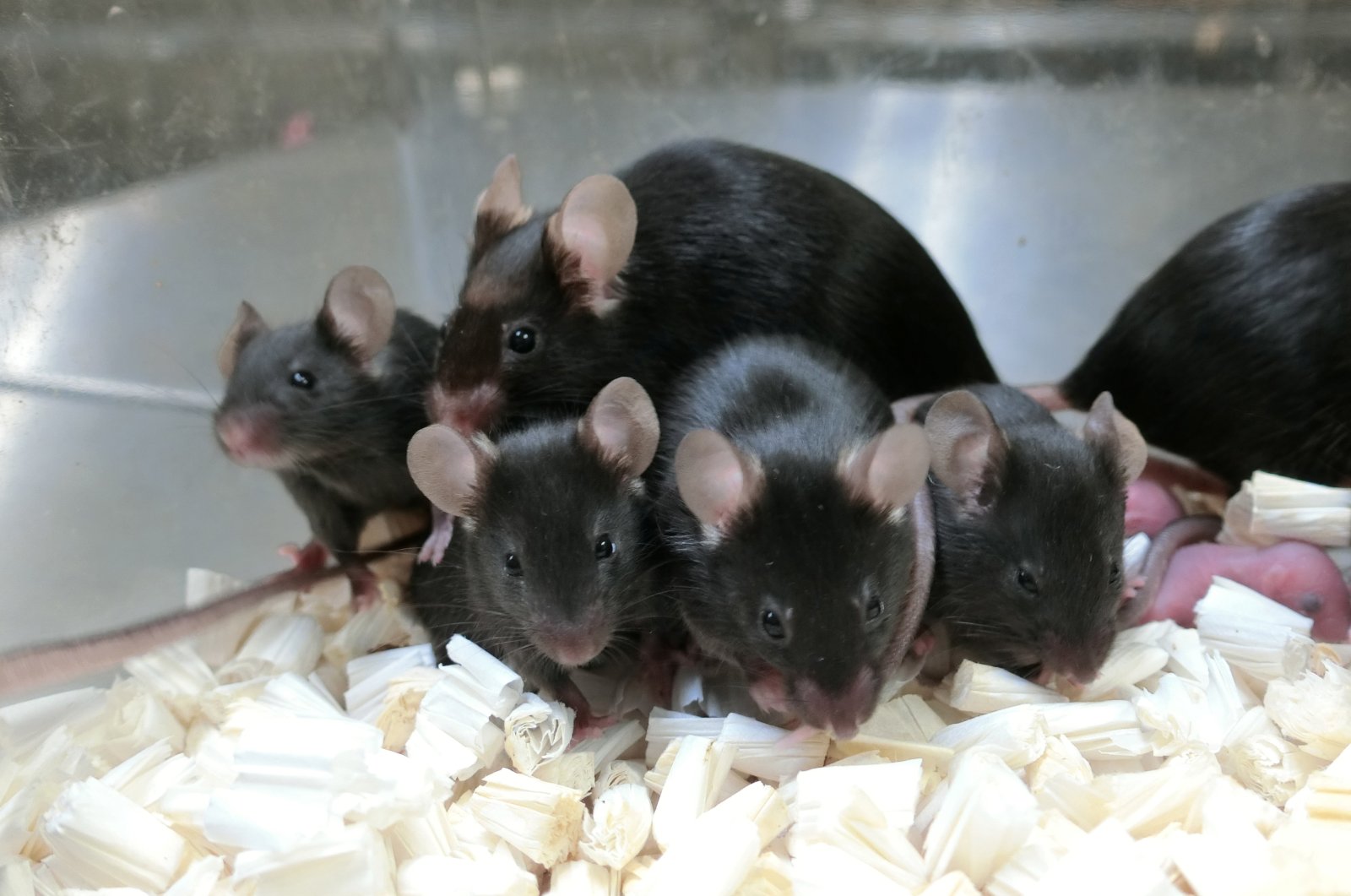 Healthy mice produced from sperm cells that were freeze-dried, stored in a sealed capsule and preserved on the orbiting International Space Station are seen in a laboratory in Japan. (University of Yamanashi via Reuters)
by Reuters Jun 16, 2021 3:51 pm
RECOMMENDED

If you have seen 2017's horror flick "Life," the concept of the experiment that scientists ran on the International Space Station (ISS) may sound familiar, except with less gore and fewer aliens of course. Scientists were able to use freeze-dried sperm that was stored for years on the ISS to reproduce healthy baby mice, exploring the possibilities of procreation beyond the horizons of Earth as the future of humans leads them across the cosmos.

Scientists said they produced 168 offspring using mouse sperm cells that were stored aboard the ISS for five years and 10 months and then rehydrated back on Earth, injected into unfertilized egg cells and transferred into female mice at a Japanese laboratory.

The sperm cells were exposed to radiation 170 times greater than sperm kept in ground storage for comparative purposes at the Japan Aerospace Exploration Agency's (JAXA) Tsukuba Space Center. The higher radiation levels present in space are attenuated by Earth's atmosphere.

University of Yamanashi developmental biologist Teruhiko Wakayama, who helped lead the study published in the journal Science Advances, said the space radiation did not damage the sperm's DNA or reduce its fertilization ability compared to the ground-stored sperm.

The baby mice were just as healthy as those produced using ground-stored sperm, with normal appearance and no abnormalities in gene functioning, Wakayama added. Their offspring – and even their grandchildren – also were healthy, Wakayama said.

Scientists are seeking a greater understanding of how space conditions affect reproduction. There is concern that greater radiation levels could foster harmful mutations and that reduced or zero gravity conditions could impede embryonic development. Previous research in orbit has involved animals such as fruit flies and fish.

"If space radiation results in mutations, maybe the next generation would be changed a little bit. However, if animals live in space for many generations, the mutations would accumulate," Wakayama said. "We have to know how to protect against this."

Wakayama said that in August researchers will send frozen early-stage mouse embryos to the ISS, where they will be thawed and cultured under zero-gravity conditions.

"By this experiment, we will know whether gravity is essential for mammalian embryo development or not," Wakayama said.

These issues might be of concern if humankind in the future establishes off-world colonies – perhaps on the moon or Mars or in large space stations – or develops technology to send astronauts on lengthy missions to destinations beyond our solar system such as the closest star, Proxima Centauri.

Wakayama said the findings regarding freeze-dried mouse sperm suggest that this method could be used for human reproduction in space if such long missions are realized.

The freeze-dried sperm was sent to the ISS in 2013 inside lightweight capsules, then was stored in a freezer aboard the space station and sent back to Earth in 2019 in the longest biological research involving the orbiting laboratory.

The researchers estimated that freeze-dried sperm could be safely stored in the ISS for about 200 years. Because it is small and lightweight, and thus inexpensive to transport, animal reproductive cells could be stored in this manner as easily as plant seeds, they added.

"In order for humans to thrive in space, we would need to maintain the genetic diversity not only of people but also of livestock and even pets," Wakayama said.

Genetic diversity protects against the accumulation of harmful mutations seen in inbreeding.

Carrying freeze-dried reproductive cells from large numbers of individuals would be easier than transporting the animals themselves and could enable space colonies to have animals for food and companionship, Wakayama added.