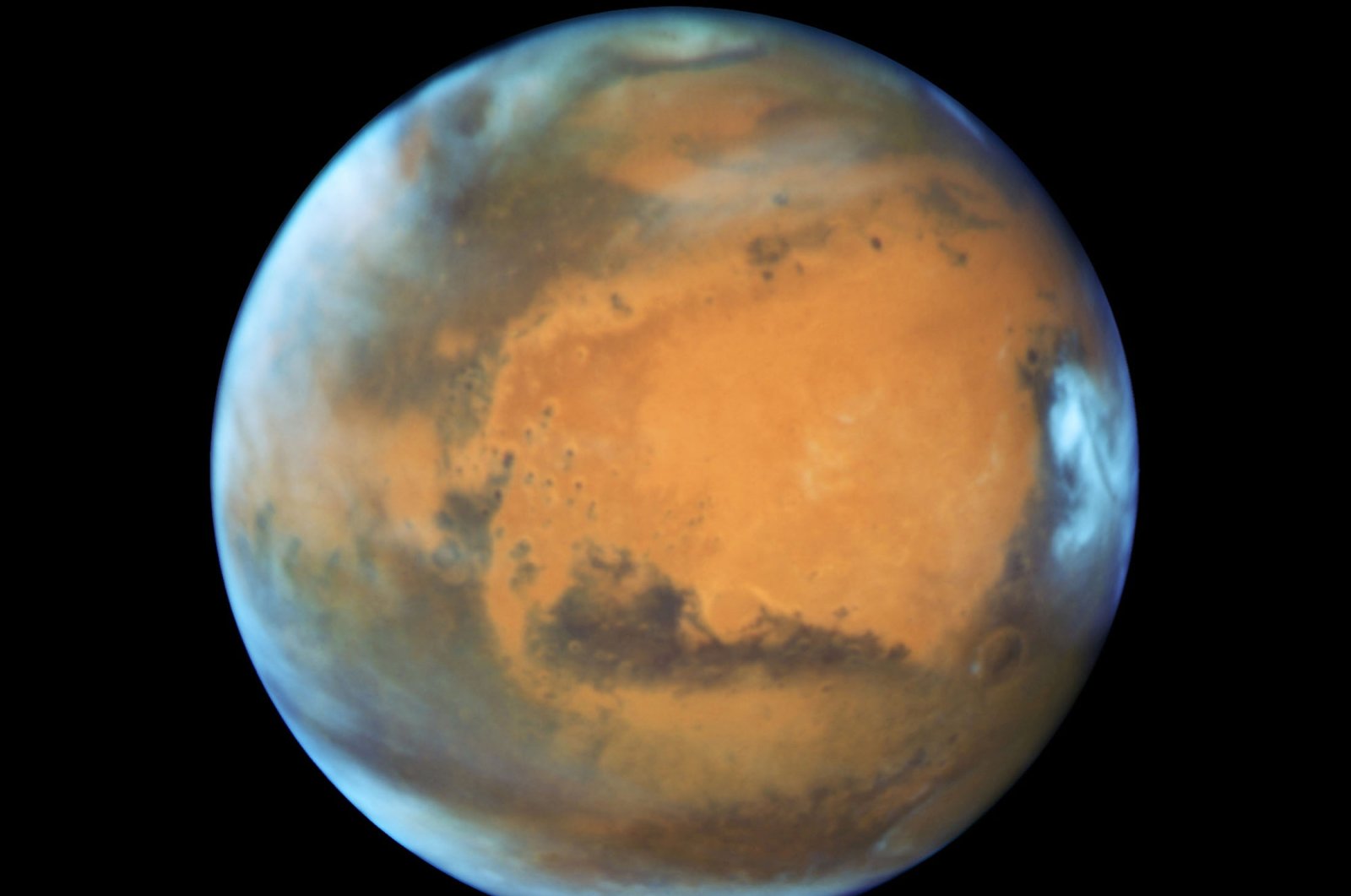 Seismic waves captured by NASA's robotic quake measuring device, InSight, provided scientists with the first detailed look at the interior of Mars, helping them decipher the anatomy of the red planet. The findings include its surprisingly thin crust and the first estimates at the size of its hot molten core beneath the frigid surface.

The findings disclosed on Thursday shed light on what had been a poorly understood internal structure of Earth's smaller neighbor and provided a few surprises as well as confirmation that Mars' center is molten.

The InSight lander, which touched down in 2018 to begin the first mission to study the deep interior of Mars, has detected more than 700 marsquakes, most of modest strength.

Waves generated by quakes vary in speed and shape when journeying through different material inside a planet. Data from InSight's seismometer instrument covering about three dozen marsquakes enabled the contours of the planet's interior to come into focus.

"The real importance of these findings is that, for the first time, we actually have measurements of dimensions – sizes – of the fundamental building blocks of the planet Mars," said planetary geophysicist Bruce Banerdt of NASA's Jet Propulsion Laboratory, the InSight mission's principal investigator.

"Before this, all we had were comparisons with Earth, theoretical calculations and indirect inferences from other observations like the trace isotope chemistry of Martian meteorites," Banerdt added.

The Martian core, the innermost geologic layer, was found to have a diameter of approximately 3,660 kilometers (2,275 miles), larger than previously thought. This suggests that the core, made up mostly of iron and nickel, is less dense than previously known, with lighter elements such as sulfur, oxygen, carbon and hydrogen representing an unexpectedly large proportion.

The Martian crust, the outermost layer, is geologically quite different from Earth's. Our planet's crust is divided into immense plates that move inexorably over a rocky inner layer called a mantle in a process called plate tectonics. Crust at certain spots below Earth's oceans is constantly recycled.

"Since we don't have active plate tectonics on Mars, nothing similar is happening there. This also means that the crust of Mars is very old," said seismologist Brigitte Knapmeyer-Endrun of the University of Cologne in Germany, who led one of the three studies on the Martian interior published in the journal Science.

"The crust at the landing site consists of at least two layers, and the global average crustal thickness is less than predicted by some previous models. The crust is rather thin," Knapmeyer-Endrun said.

Earth's crust thickness also varies, between almost zero near deep underwater mid-ocean ridges, where new crust is formed, to about 80 kilometers (50 miles) beneath the Himalayas.

The Martian mantle, sandwiched between the crust and core, extends roughly 1,560 kilometers (970 miles) below the surface. Its composition differs from Earth's, suggesting the two planets arose from different material when they formed more than 4.5 billion years ago.

Banerdt said the new findings allow scientists to test theories of planet formation."The understanding we will gain from this," Banerdt said, "will apply not only to Mars but to the formation and history of the Earth and any other rocky planet in our solar system or beyond."