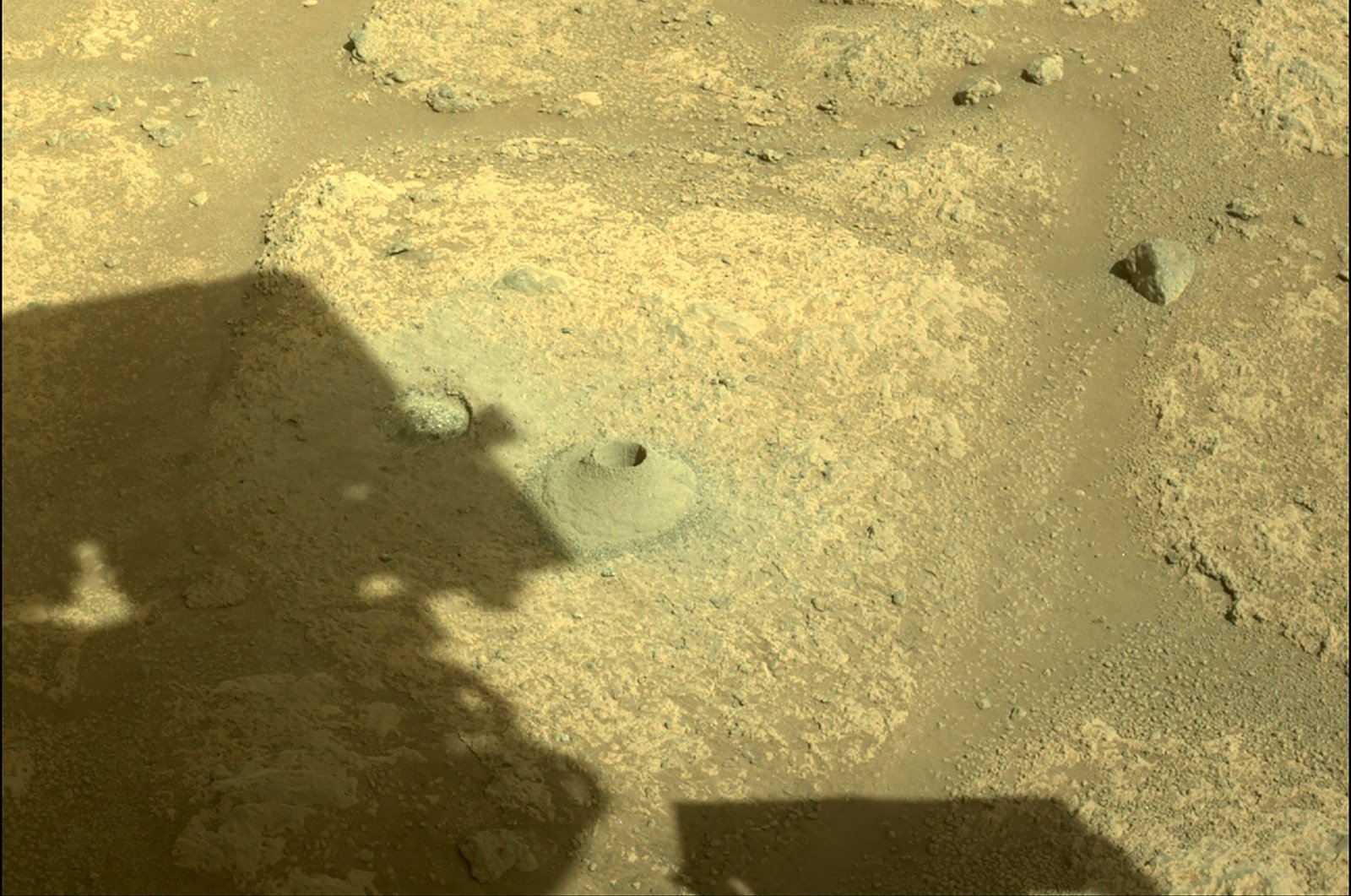 NASA's Perseverance rover has started drilling into the soil of Mars, collecting rock samples to be picked up by future missions for analysis by scientists on Earth.

The U.S. space agency published images Friday of a small mound with a hole in its center next to the rover – the first-ever drill hole dug into the Red Planet by a robot.

The drill hole is the first step of a sampling process that is expected to take about 11 days, with the aim of looking for signs of ancient microbial life that may have been preserved in ancient lakebed deposits.

The mission took off from Florida a little over a year ago and Perseverance, which is the size of a large family car, landed on February 18 in the Jezero Crater.

Scientists believe the crater contained a deep lake 3.5 billion years ago, where the conditions may have been able to support extraterrestrial life.

NASA plans a mission to bring around 30 samples back to Earth in the 2030s, to be analyzed by instruments that are much more sophisticated than those that can be brought to Mars at present.